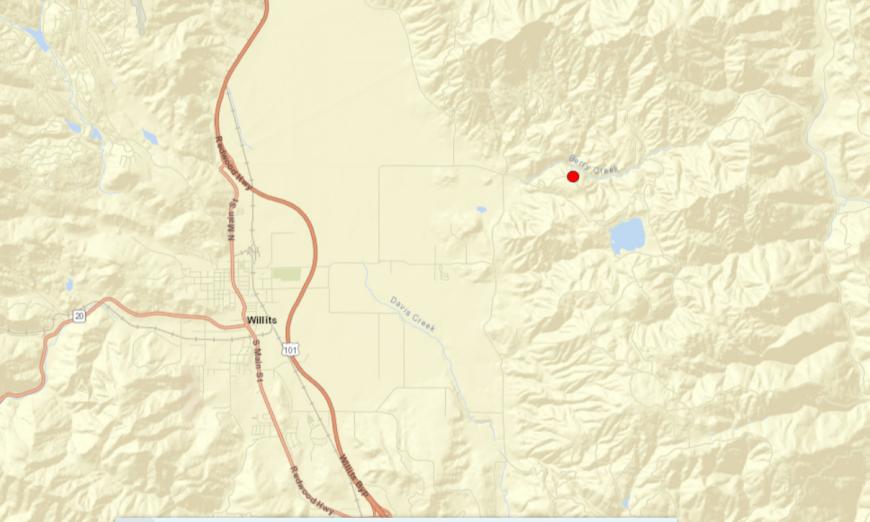 WILLITS, 11/9/18 — A pretty strong jolt of an earthquake hit Willits at about 12:31 p.m. today, rocking houses at least as far away as Redwood Valley for what seemed about 3 or 4 seconds. According to the United States Geological Survey (USGS), the quake was a 3.9 on the Richter scale, and struck about 3.7 miles east-northeast of the center of Willits, off of Canyon Rd., at a depth of about 3 miles below the surface of the earth. So far there are no reports of substantial damage.

There is a report of some phone lines down on Perry St. in Ukiah, though it is unclear if this is due to the earthquake. The lines were initially reported as power-lines, but they are just phone lines and do not pose a safety hazard.

Here is a map of where the quake struck:

The scientific specifics of the quake are as follows: The quake measured in at 3.9, was 6 kilometers east-northeast of the center of Willits and hit at a depth of 4.7 kilometers. The exact latitude and longitude were 39.426°N 123.289°W.