WILLITS, 9/6/18 — Very early yesterday morning a man 35 year old man was shot in the chest at the Patriot Gas Mart on the north end of Willits. The victim was flown to a trauma center, and, though his specific condition is unknown, it is believed that he’s alive.

Then this morning, Gabe John Smith, 44, a resident of the area, who has known Sheriff Tom Allman for two decades, contacted the sheriff and turned himself in for the shooting. The two apparently met in Willits, and Sheriff Allman himself then transported Smith to the county jail. Smith was booked on a charge of attempted murder, with a quarter million dollar bail.

The reason or motivation for the shooting is unclear, and has not been released to the public, nor has the name of the victim. Police have said that the gas station was closed, and that the incident did not involved the gas station. They have also acknowledge that both men are locals.

Smith was booked on the single charge of attempted murder, there were no other charges listed in the booking log.

We’ll continue to update as we get more info. Here’s the initial story from yesterday:

One injured in late night shooting in Willits

Here is the press release from the WPD: 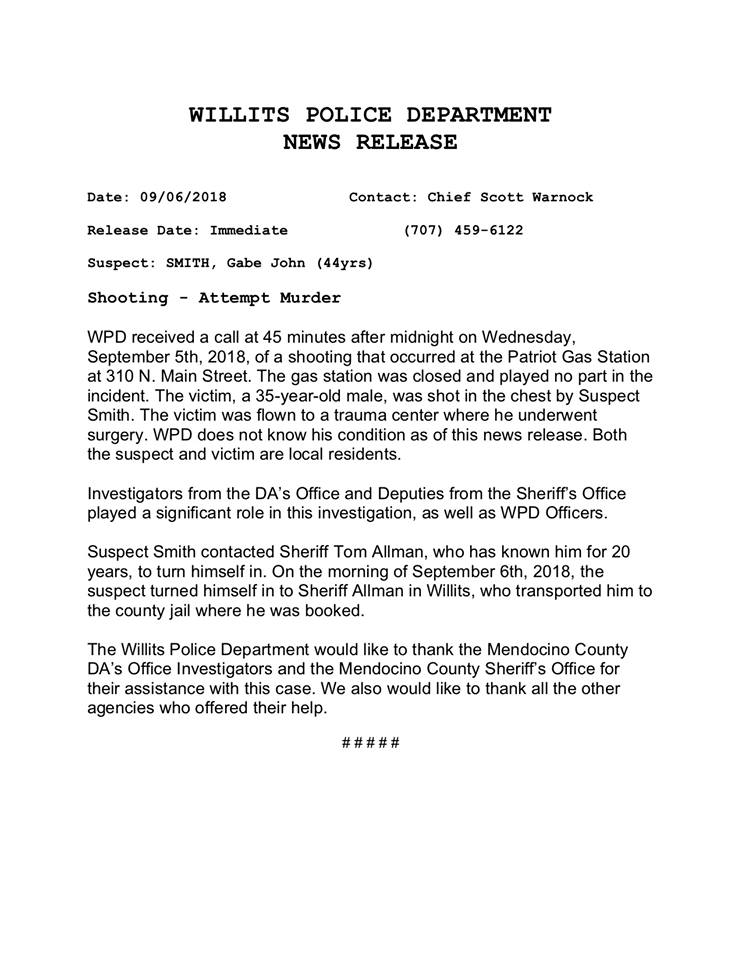