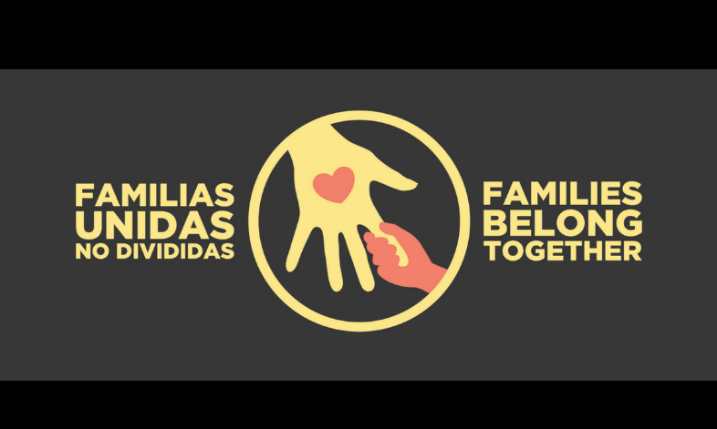 MENDOCINO Co., 6/28/18 — Protests are being planned around the country June 30, including here in Mendocino County, as part of a national “Families Belong Together” action against the Trump administration’s family detention policies. On Saturday, June 30, people will gather in Ukiah, Fort Bragg, and Point Arena in coordination with other protesters nationwide to demonstrate their opposition to the Trump administration’s immigration policies, including those that detain families and children at the border or separate families seeking asylum.

The Ukiah march is organized by the group “Keep Families Together Mendocino” and begins at 10 a.m. at the Pear Tree Center at 504 E. Perkins St. The protesters will then march to the Ukiah courthouse steps for a rally at 11 a.m. More information can be found on the event Facebook page. Keep Families Together Mendocino is meeting regularly at the Mendocino Environmental Center at 106 West Standley St. in Ukiah, and can be reached at 707-234-3236. Organizers say the demands of the group include re-uniting families immediately, ending family detention, and ending the Trump administration’s “zero tolerance” immigration policies.

The Fort Bragg gathering will take place at 11 a.m. at Fort Bragg City Hall on 416 N Franklin St., and will continue to Bainbridge Park. More information can be found on the event’s Facebook page.

You can also sign up for either the Fort Bragg event, the Ukiah event, or the Point Arena event so organizers know you are attending and to receive future notifications for these events at the national Families Belong Together website. You can also search other events there — there is one in Lakeport, in Santa Rosa, in Eureka, and several in the Bay Area.

The North Coast’s State Senator Mike McGuire issued this statement on June 21 regarding President Trump’s policies that separate children from their parents at the border:

“The Trump administration’s heartless and expanded policy of separating children from families arriving at the border is cruel, inhumane and indecent, even by Trump standards.

Tent cities for children. Children in cages and baby jails. Parents being deported without their children. It all sounds too horrific to be true. But it is true – and it must stop immediately.

I condemn President Donald Trump, Attorney General Jeff Sessions and Homeland Security Secretary Kirstjen Nielsen in the strongest possible terms. They have created this nightmare, lie about it, and defend the indefensible.

It is true that we need comprehensive immigration reform – reform that has been blocked at every step of the way by the President. But the tragedy unfolding before us right now is a humanitarian crisis that must be stopped. These children cannot wait on congressional gridlock, partisan politics or the cynical gamesmanship of this President and his accomplices.

I will be working with members of the Senate in the coming days to put the entire weight of the State of California behind efforts to end this barbaric practice.

In the meantime, Mr. President, all it takes is one phone call from you to stop this madness: Do. It. Now.”