Update 9:45p.m.: The fire has been contained and CalFire has revised the total size to 1/4 acre. The Anderson Valley Fire Department will remain on the scene until the fire is fully extinguished.

MENDOCINO Co., 5/08/18 — One person is dead, and another person has been transported to the hospital, as a result of a fire in Philo today. As of about 8:30 p.m. the fire has spread to two acre of brush and burned down one structure.

The blaze occurred on Signal Ridge Road and multiple CalFire crews and water tenders are currently responding, but it is unclear if it has been totally contained, though the rate of spread appears to be slow.

The fire is being called the Signal Fire, and CalFire is providing updates on their Twitter feed. Firefighters are currently on the scene. We’ll update as more information becomes available.

Here’s the location of the fire provided by CalFire: 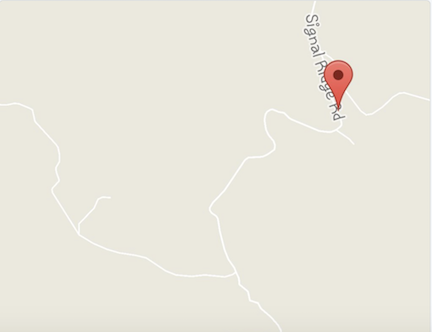 Location of the Signal Fire.