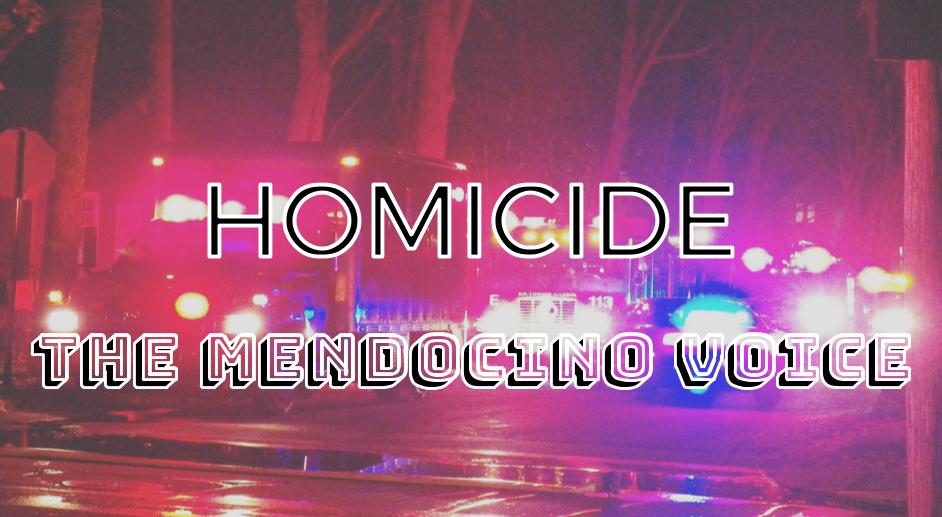 MENDOCINO CO., 11/19/17 — One woman was killed and a teenage girl injured in a shooting on Rancheria Road in Manchester early this morning. According to a press release issued by the Mendocino County Sheriff’s Office, at approximately 5:45am an “assailant” sprayed a house in the 500 block of Rancheria Rd. with bullets, shooting from outside. Several other people were in the house, but only the woman and girl were struck. Witnesses reported both this and the fact that the assailant then fled in a vehicle. The release provides no additional information about motivation or the identity of the killer, and the MCSO is officially asking anyone with information about the incident to come forward. The identity of the deceased has not been released.

Though the shooting occurred in the 500 block of Rancheria Rd. near Manchester, it is unclear from the press release if it happened on the Manchester Band of Pomo Rancheria or just very near the Rancheria.

Witnesses told the MCSO that someone began firing shots outside the residence while the victims were sleeping, and a vehicle was later heard rapidly leaving the scene.

When deputies arrived, after receiving numerous calls, they found the 32 year old woman unresponsive, and the 15 year old teenage girl alert, both having suffered gunshot wounds. The teenager was transported to Santa Rosa Memorial Hospital, where she was later released after treatment for a gunshot wound. The older woman was subsequently pronounced dead by medical personnel at the scene.

The MCSO is being assisted by investigators from the Mendocino County District Attorney’s Office and criminalists from the California Department of Justice Criminal Laboratory in Eureka. The investigation is ongoing and anyone with information is asked to call the Sheriff’s Communications Center at 707-463-4086 or to contact the Sheriff’s Office Tip Line at 707-234-2100.

Synopsis: On November 19, 2017 around 5:43 AM the Mendocino County Sheriff’s Office started receiving 911 calls from the 500 block of Rancheria Road, in Manchester CA, regarding a shooting that occurred at a residence.  The callers indicated there were two females, a 32 year old adult and a 15 year old juvenile, who had been struck by gunfire.

Patrol deputies responded from Point Arena, Fort Bragg and Ukiah.  Upon their arrival they discovered the 32 year old female unresponsive and the 15 year old female wounded but alert.  Medical personnel were summoned but the 32 year old was pronounced deceased at the scene.  The female juvenile was transported to Santa Rosa Memorial Hospital where she was treated for a gunshot wound and was later released from the hospital.

The Mendocino County Detective Unit responded to assume the investigation, assisted by Investigators of the Mendocino County District Attorney’s Office, as well as Criminalists from the California Department of Justice Criminal Laboratory in Eureka.  Witnesses indicated that an unknown assailant came to the house while the occupants were sleeping and fired numerous shots from the outside, striking both females who were inside the residence.  There were numerous other parties inside the residence at the time but no one else was injured.