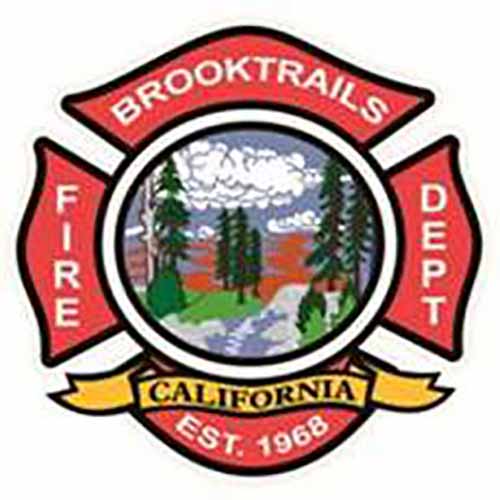 WILLITS, CA., 10/23/17 — A cannabis extraction lab exploded in flames at the apartments located in the Brooktrails Lodge complex, on Birch St. in Brooktrails, last night. At least two people sustained burns in the explosion and subsequent fire. Additionally, one Brooktrails Fire Department firefighter suffered a leg injury and received treatment.

Captain Greg Van Patten of the Mendocino County Sheriff’s Office said that one person was taken to an out-of-county hospital with critical injuries, and that the incident is currently under investigation by the MCSO’s Major Crimes Task, as of Monday morning. Van Patten also said he was not aware of any arrests in connection with the explosion as of late Monday afternoon.

The fire was reported at just after 9:30pm and took about 45 minutes to be put out, according to a Facebook post from the Brooktrails Fire Department. The Brooktrails and the Little Lake Fire Departments along with CalFire and the VeriHealth ambulance responded as well as investigators from the Sheriff’s Office, and arrived to find the apartment ablaze with “heavy fire.” Five vehicles and an RV also caught fire. “Buildings on both sides of the fire building were threatened but saved with no damage,” according to a statement from the Brooktrails Fire Department on Monday.  Fire crews stayed on scene throughout the night to ensure all hot spots were extinguished.

The incident has resulted in extensive debates on social media as to how to best prevent explosions from butane cannabis oil labs, and whether or not this activity should be permitted. There will be a previously scheduled Brooktrails community meeting on Tuesday evening at 7pm, and many people have said on social media they are planning to attend to air their concerns.

One thought on “Hash lab explodes in Brooktrails, two injured”