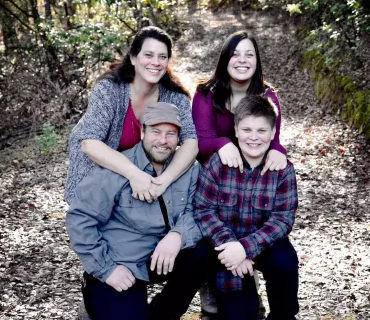 MENDOCINO CO., 10/13/17 — As the fire has burned out or died down in parts of Mendocino County, crews have begun going into the wreckage of neighborhoods and homes, preforming the grim task of searching for and identifying the dead. As of yesterday, Oct. 12, the Mendocino County Sheriff and Coroner Tom Allman had confirmed that eight people had died in the fires, and the names of three of those people were released today, in a press release issued by the Mendocino County Sheriff’s Office. Allman said yesterday that he expects the number of confirmed dead to go up today.

The deceased include Kai Logan Shepherd, 14, of Redwood Valley, who died while attempting to escape the fire with his family; and a married couple Roy Howard Bowman,87, and Irma Elsie Bowman, 88, of Redwood Valley. The full press release is listed below.

The Bowman’s remains were found at their house which was completely destroyed by the fire. They resided in the 4000 block of Fisher Lake Drive.

An IndieGoGo donation page has been set up for the Shepherd family. That page has already received over $80,000 in donations in three days, with a set goal of $100,000.

On Thursday, the total number of fatalities in the northern California wildfires reached more than 30, making this the deadliest wildfire event in the state’s history, with hundreds still missing throughout the region.

Fatality Identifications (3 of confirmed 8 to date)

Synopsis:
On 10-13-2017 the Mendocino County Sheriff’s Office Coroner’s Division was able to identify three of the eight persons located thus far who died during the Mendocino Lake Complex Fire which started during the early morning hours of 10-09-2017.

The following persons have been identified:

1.  Kai Logan Shepherd (14 year-old male from Redwood Valley, CA) was found near his family residence in the 11300 block of West Road in Redwood Valley.  It appears he was attempting to evacuate the area on foot when he was overtaken by the fire.

2.  Roy Howard Bowman (87 year-old male from Redwood Valley, CA) was found in the burnt remains of his residence in the 4000 block of Fisher Lake Drive in Redwood Valley.  The residence was completely destroyed by the fire.

3.  Irma Elsie Bowman (88 year-old female from Redwood Valley, CA) was found in the burnt remains of her residence in the 4000 block of Fisher Lake Drive in Redwood Valley.  The residence was completely destroyed by the fire.