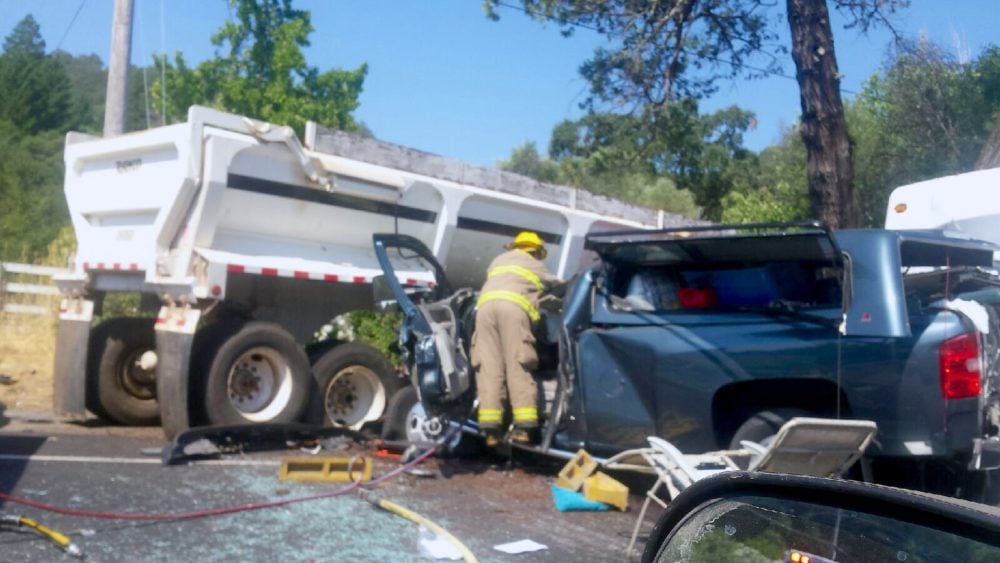 A photo sent in by a reader shows the crash in Hopland this morning.

UPDATED, 4:10PM: The semi-truck and trailer carrying grape pumice collided with a pickup truck, resulting in traffic backed up for three miles. According to a Facebook post from the Hopland Fire Protection District, responding agencies included the Ukiah Valley Fire Authority, Caltrans, and the California Highway Patrol. Here’s some photos from the scene:

MENDOCINO Co., 8/8/17 — A grape truck collided with an pick-up on Hwy. 101, in Hopland, around 10:15am, and traffic has been backed up in both directions. It’s unclear the scale of injuries, but a medical helicopter was dispatched to Hopland.

The CHP’s incident page describes the vehicle as an SUV, but based on a photo sent in by a reader it appears to be a large pickup with a camper shell. The photo shows that the pickup has smashed directly into the side of the grape truck, with the engine and part of the cab of the vehicle crushed under the trailer.

The wreck is in the southbound lane of traffic, just north of Hopland’s main commercial strip. Again, the scope of injuries is unclear. 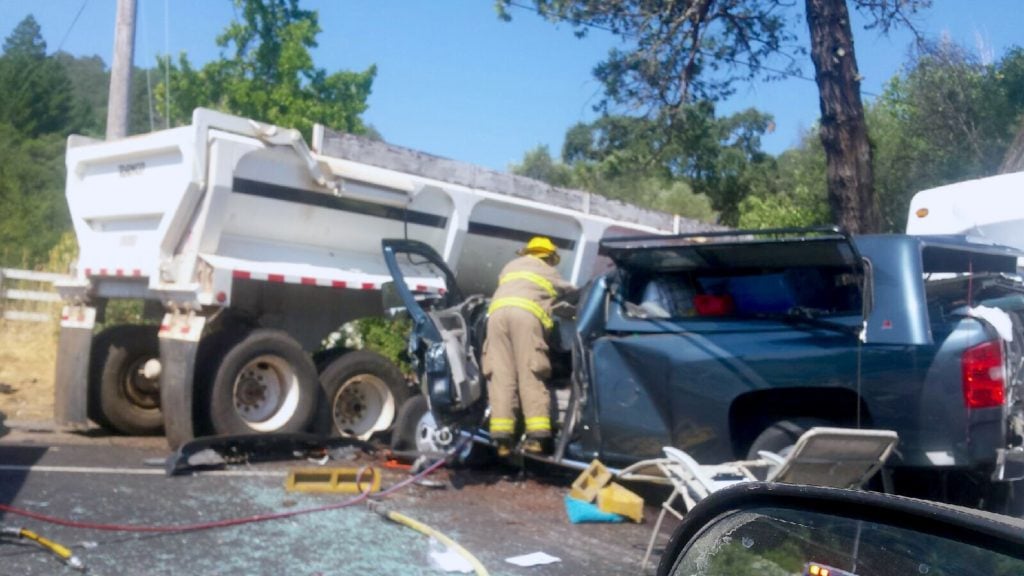 A photo sent in by a reader shows the crash in Hopland this morning.