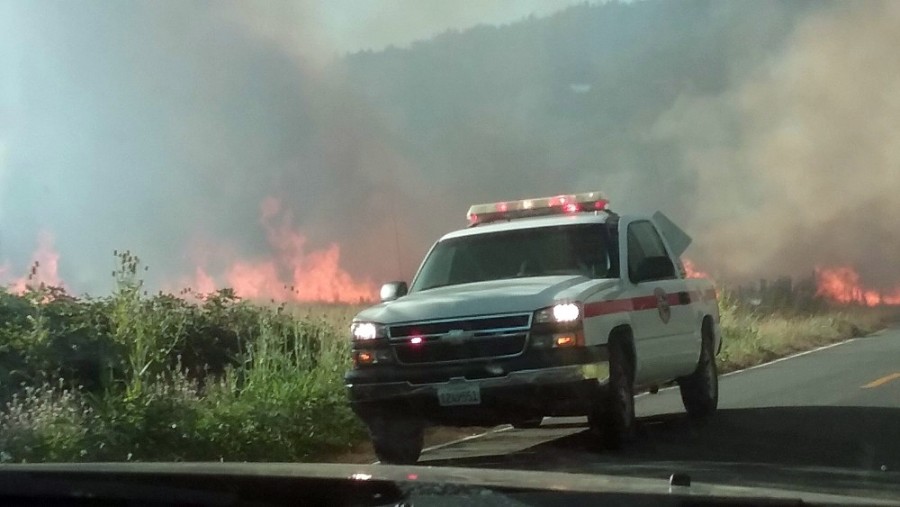 The Tin Fire in Covelo, photo courtesy of Jessica Nicole.

UPDATE 9:45PM: The fire reached about eight acres but is now mostly contained, and expected to be fully contained by 10pm, according to CalFire’s most recent update. Crews remain on the scene putting out any remaining hotspots and mopping up.

UPDATE 7:40PM: CalFire is reporting that the fire stands at about four acres, and that CalFire crews as well as Mendocino National Forest crews are working on it.

This video courtesy of Jessica Nicole:

UPDATE 7:00PM: Scanner traffic indicates that things look “pretty good” at the Tin Fire. The fire is boxed in on three sides by road, so firefighters on the scanner as saying that they won’t have to lay down as much containment line.

Sources near the fire say that the smoke is dissipating, and the the fire is coming under control. 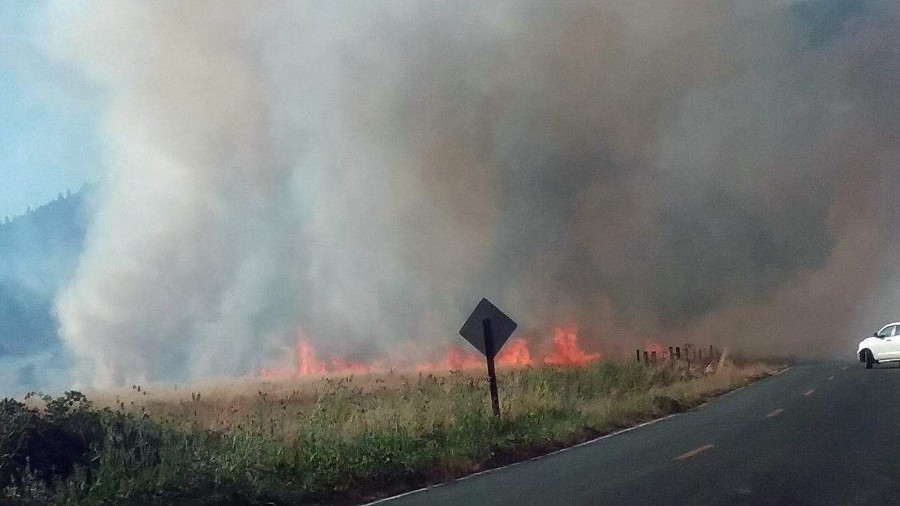 Image of the Tin Fire, Courtesy of Jessica Nicole.

UPDATE 6:36PM: Scanner chatter indicates that the fire has a moderate rate of spread, and that one copter and one tanker request have been canceled. CalFire is making progress on the fire, and it is between two and three acres. (More information below the photos)

The Tin Fire in Covelo, photo courtesy of Jessica Nicole. 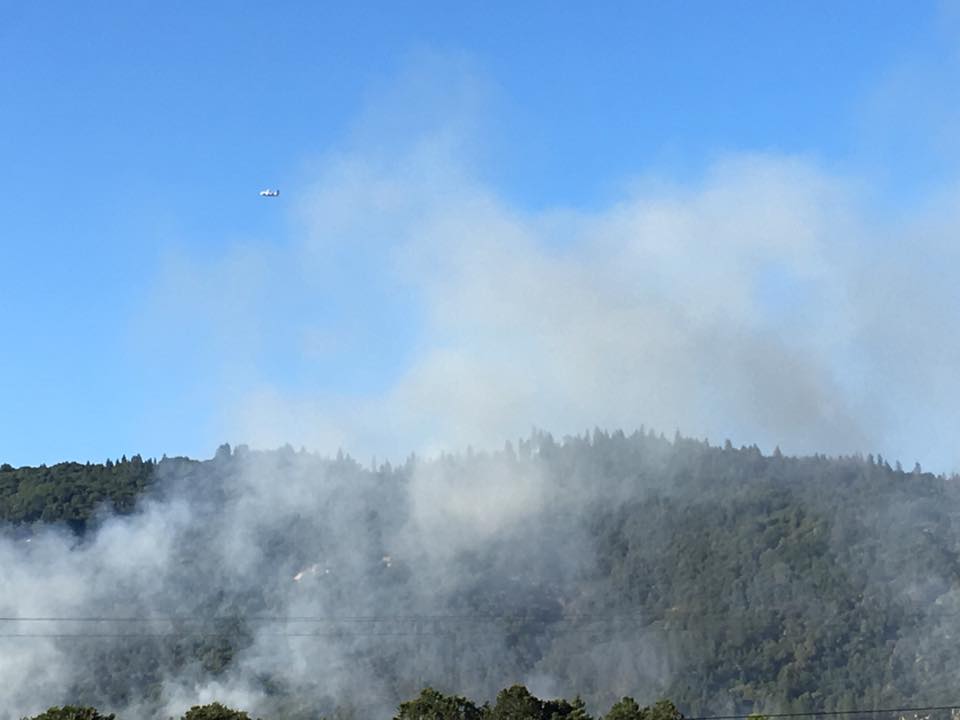 MENDOCINO Co., 7/18/17 — A roughly three acre grass fire is burning in Covelo, CalFire has dubbed it the Tin Fire. The fire appears to be near Mina Rd. and Agency Rd. According to Howard Forest CalFire Station Public Information Office Tricia Austin, the fire is spreading rapidly and structures are threatened.