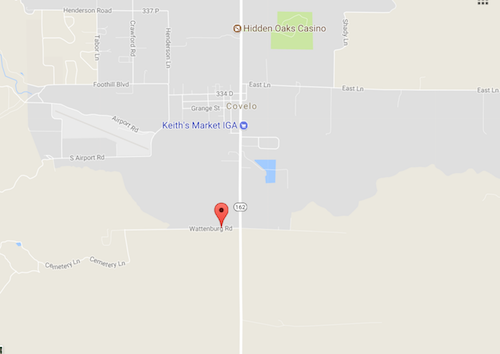 Location of Covelo fire according to scanner traffic.

Location of Covelo fire according to scanner traffic.

UPDATE 3PM: We received info the fire was quickly contained.

MENDOCINO Co., 7/13/17 —- A vegetation fire of about a quarter acre is burning on the east side of Highway 162 in Covelo near the intersection with Wattenburg Road. It was first reported on the scanner at about 12:40pm. Initially smoke was not visible on the valley floor, according to scanner traffic, and the fire seems to be growing slowly, Covelo Fire is responding. We’ll update as more information becomes available.