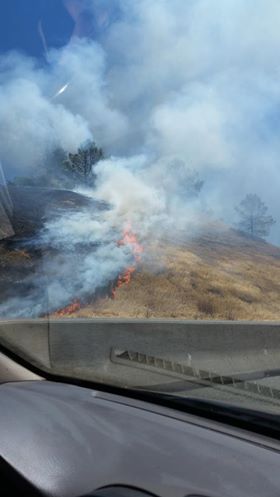 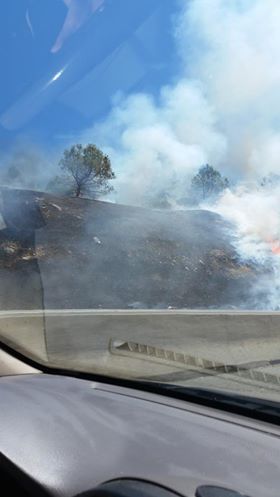 MENDOCINO CO., 7/21/17 — A fire is burning just north of Cloverdale, right off Hwy. 101. Scanner traffic indicates that air attack and ground response are currently on their way. Here are some photos from a reader from about 1:45pm, who said he saw two trucks on the way. The photos are taken on Highway 101 northbound just before the downtown Cloverdale exit.

The fire began around 1:30pm, according to a Facebook post from Mendocinosportsplus. We’ll update as more information becomes available. Scanner traffic indicates it may be about two acres in size.

Another spot fire has just started in Boonville as well, at Estate Drive across from Airport Road, it is being called the “Estate Incident.” CalFire states the fire is about 15 feet by 15 feet in size in a Tweet around 2:12pm. Crews from Anderson Valley and CalFire have responded.

CalFire had called in a large response to the fire in Boonville, but has canceled much of the equipment, stating that crews at the scene can handle the fire. 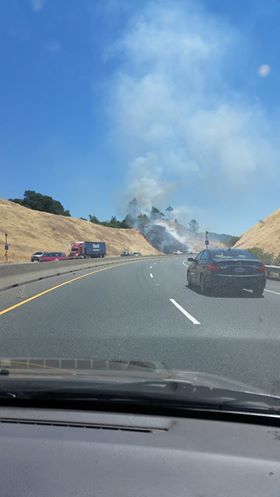