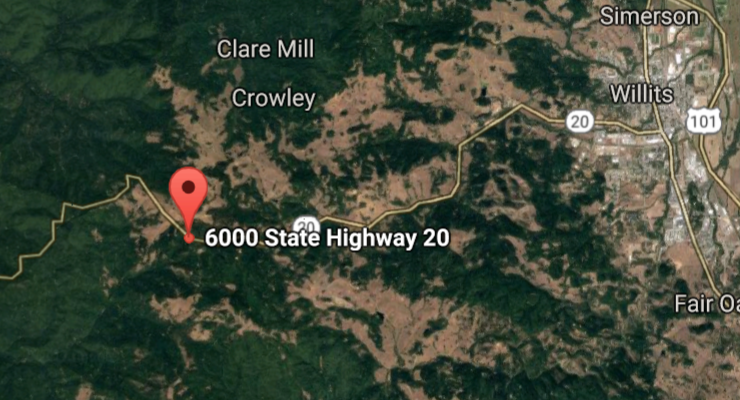 General location of the fire on Googlemaps according to the scanner.

UPDATE: 11:53pm: Fire fighters have stopped the forward spread on the wildland fire, which has reached 5 acres. Crews are waiting on PG&E to address the downed power poles and Mendocino County Sheriff’s Deputies are in place doing one-way traffic control on the 20. Scanner traffic indicates some engines and the dozer are expected to be released within the hour, with other crew staying for two to three hours to control the fire’s spread.

At around 11pm fire fighters on the scanner were estimating the grass fire had the potential to grow to 10 acres if they weren’t able to get on top of it. The crews at the scene were beginning to “lay hose” but said access to the fire was difficult, and might require a tractor for access. Scanner traffic also indicates the fire might impact traffic on the road, although at 11pm it was not expected to cross the road. Power lines may also be down in the area. 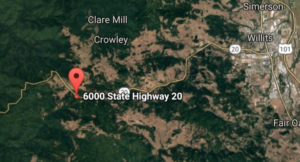 General location of the fire on Googlemaps according to the scanner.