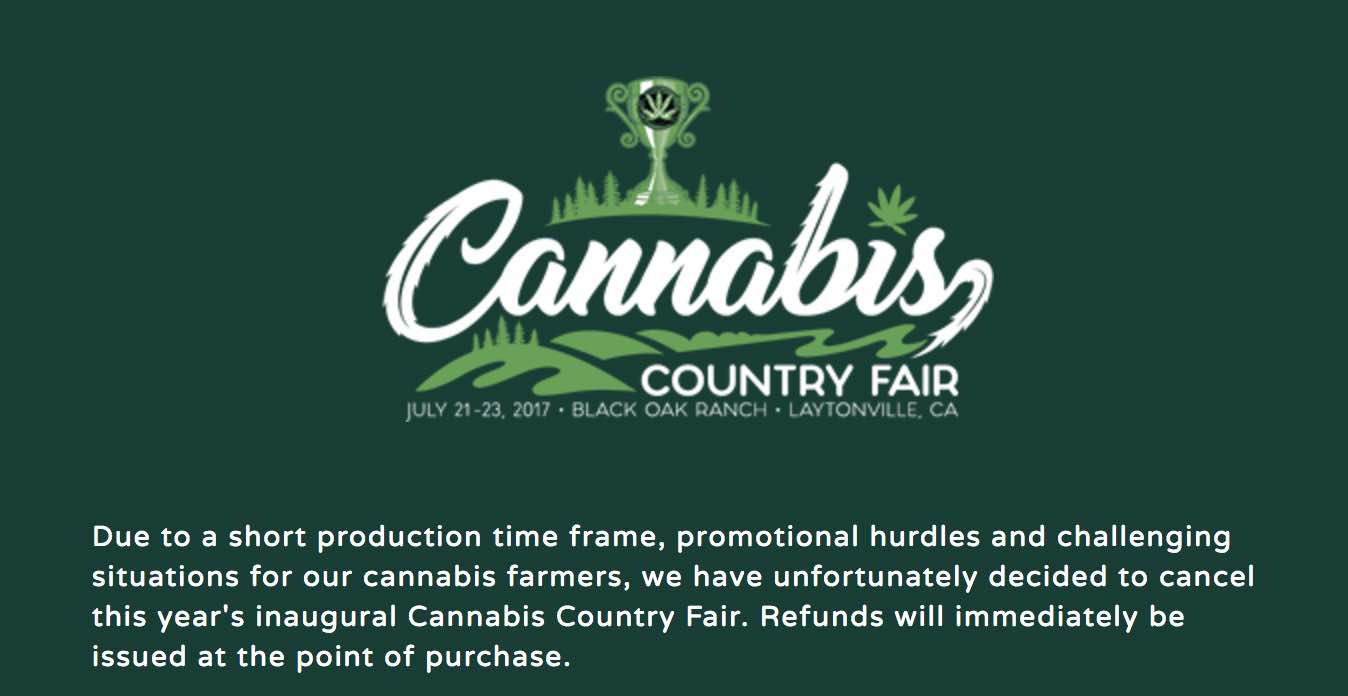 MENDOCINO CO., 6/22/17 — The Cannabis Country Fair —   previously scheduled to be held mid-July at Laytonville’s Black Oak Ranch — has been cancelled, according to a statement made today by organizer Tim Blake. Citing a “short production time frame, promotional hurdles and challenging situations for our cannabis farmers” as the reason for the cancellation, Blake also pointed to the timing of the event, adding that “we realize that our industry is going through rapid changes that are impacting every aspect of our lives.” 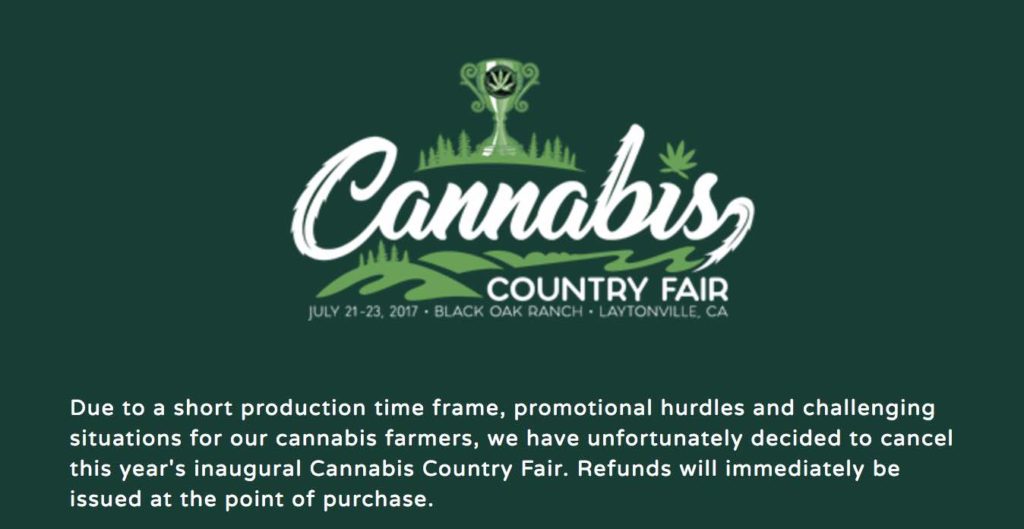 Refunds for the three-day event, which featured multiple big-name musical acts, cannabis workshops and a terpene-based judging festival, will be available for those who purchased tickets. This is the second year an event with the same name has been cancelled shortly before the scheduled festival, although last summer’s “Cannabis Country Fair” had a different organizer and was cancelled due to lack of advance ticket sales. Aside from owning Healing Harvest Farms, Area 101, and the recently opened Emerald Cup Garden Center on Highway 101 in Laytonville, Blake is the founder of the Emerald Cup, which he said will still be taking place this December in Santa Rosa.

In response to questions about the cancellation, representatives of the event wrote in a Facebook post, “We did our best to bring back to life a failed event from last year. This is not about the money for us. We could have thrown this event elsewhere but the community of the Emerald Triangle could have used this event as a staple point thru legalization to hold true to local cannabis in Mendocino County. It saddens us to have had to cancel.”