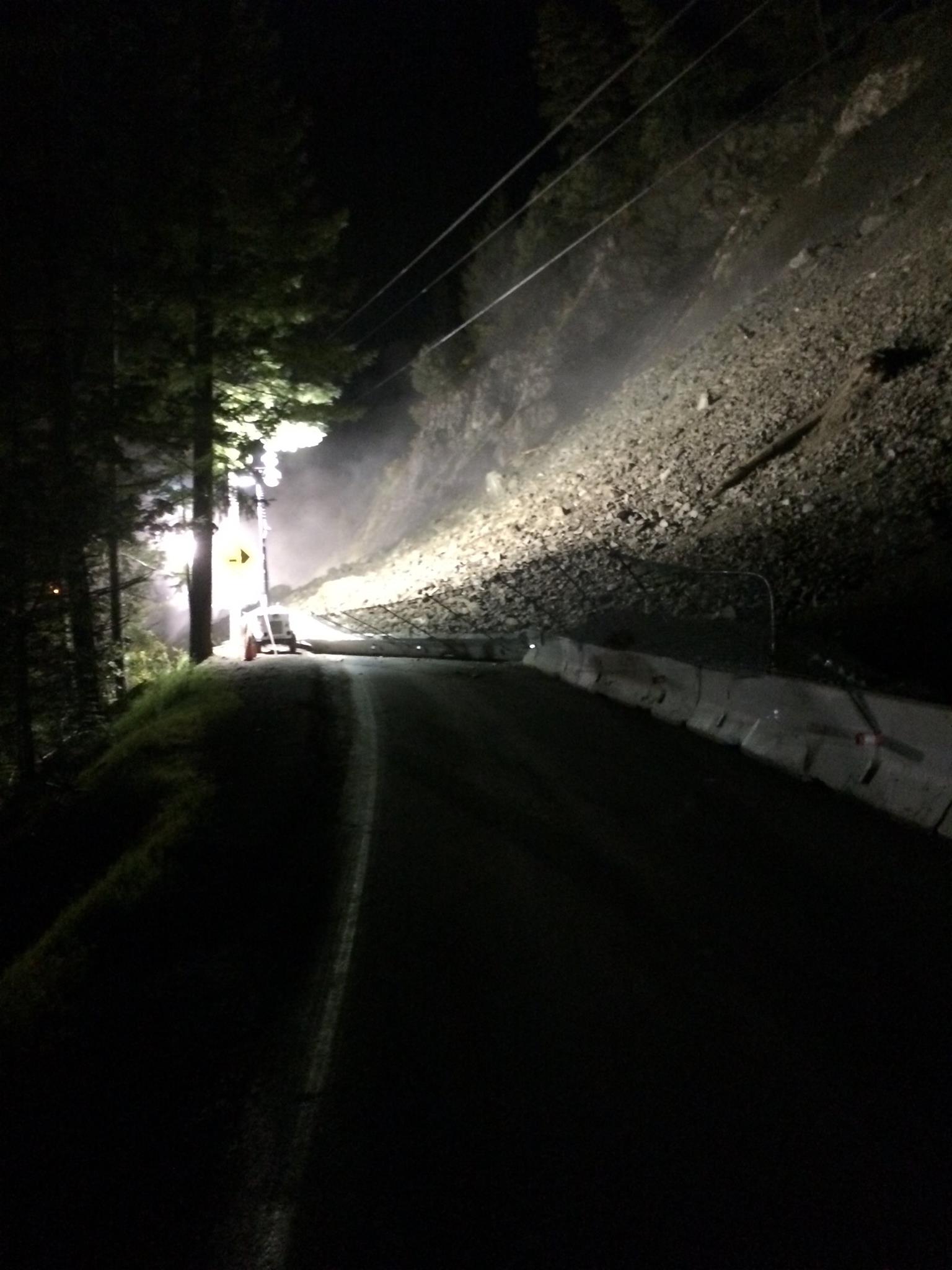 The slide on the 101, courtesy of CalTrans.

MENDOCINO Co., 4/25/17 — The landslide roughly six miles north of Leggett has once again closed the 101, which had reopened only yesterday, after over a week of frantic work by CalTrans and contractor workers. But apparently in the hills of the North Coast mother nature is hard to tame, and harder still to predict.

Here is a video from a traveler, at about the 1 minute mark you can see the slide happen as workers run.

Remember, all other routes are rugged, remote roads, where there is no cellphone coverage. The Bell Springs Rd. was already in bad shape before the last couple weeks, and has been further damaged by extra-traffic (and inexperienced drivers) since the 101 closure, so don’t try it, especially at night.

More information will be available at daybreak, when CalTrans engineers have an opportunity to survey the scene. Until then, be careful out there, and stay dry.

We’ll have more once CalTrans makes an announcement.

And here’s a little something to help you relax in the face of the ever shifting hillsides of the North Coast, always slip-sliding away:

One thought on “VIDEO: Hwy. 101 closed again! Hillside north of Leggett slip-sliding away”