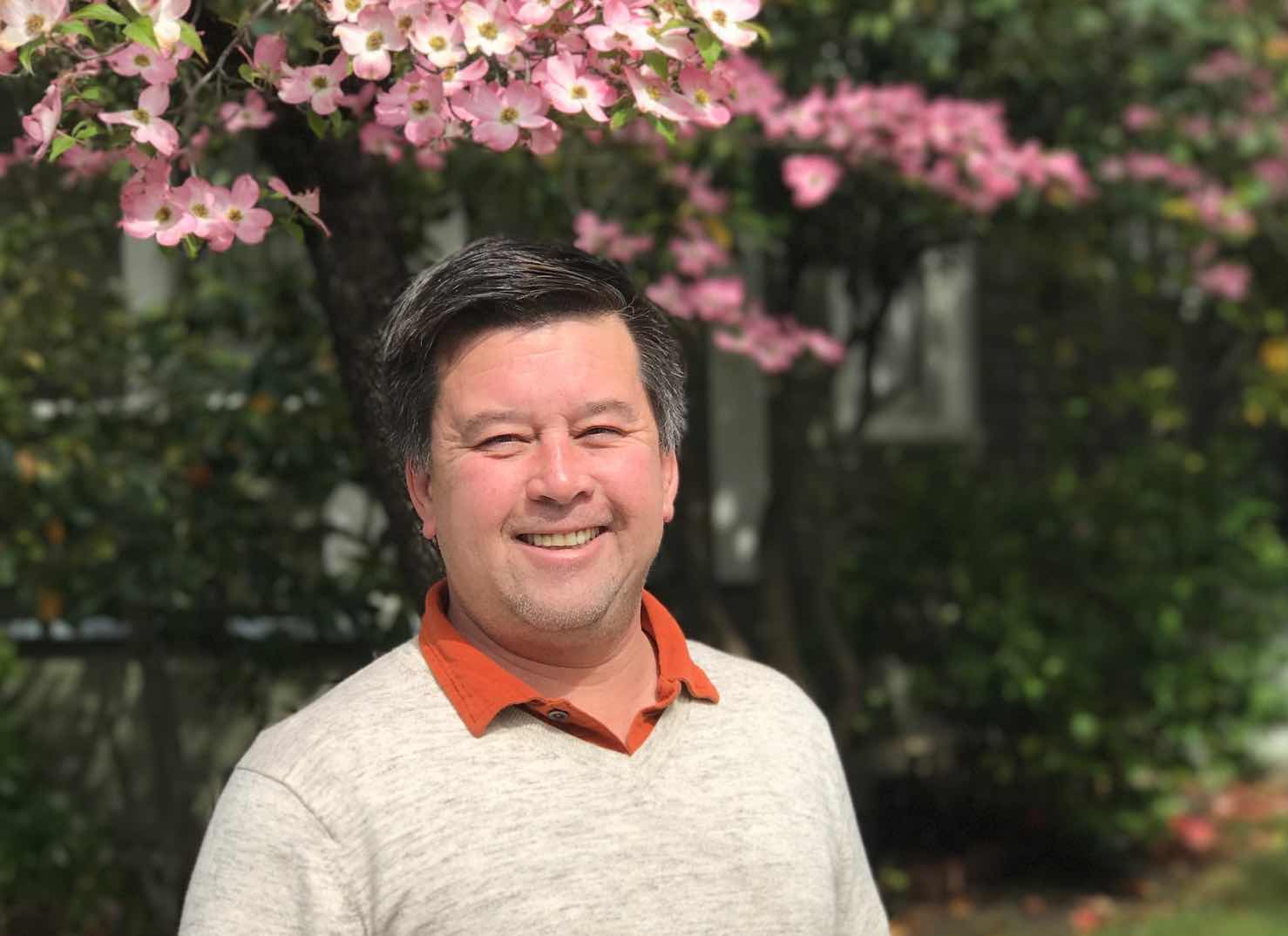 John Kuhry is stepping down as EDFC Executive Director, but will stay on as a member of the Board and is excited to see what the future holds for the organization. Photo from NCO. 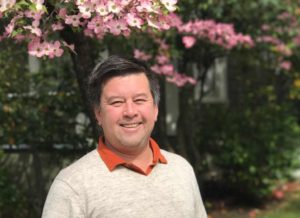 John Kuhry is stepping down as EDFC Executive Director, but will stay on as a member of the Board and is excited to see what the future holds for the organization. Photo from NCO.

MENDOCINO Co, 4/27/17 — The Economic Development and Financing Corporation is seeking a new executive director. The new hire will replace outgoing Executive Director John Khury, who announced on April 13 that he is leaving the position after ten years for a job with the Mendocino Redwood Company. Khury will stay involved as an EDFC board member.

The EDFC was founded in 1995 and serves Mendocino and Lake Counties by providing a variety of local business loans and other forms of economic development, such as the creation of the Ukiah ShareSpace, which facilitates collaboration between small businesses. The EDFC also facilitated the recent Direct Public Offering financing of the Mendocino Wool and Fiber Mill — the first DPO of its kind in California — which raised over $350,000 to support that business and provide a facility for wool and fiber producers in the region.

The Economic Development and Financing Corporation (EDFC) is a financial and economic development driver for Lake and Mendocino Counties, and now more than ever is a household name with a positive reputation in the community. The increased impact generated over the past several years is the result of a strong Governing Board and an effective staff. EDFC has created several significant programs over the past few years, and has positioned itself to expand its economic impact projects in the years to come. With EDFC on firm ground, Executive Director John Kuhry took the opportunity to accept an offer from the Mendocino Redwood Company (MRC).  He announced his resignation at the April 13th Board meeting.

Kuhry will be working as the MRC Asset Manager in charge of everything from Sonoma to Humboldt. “I have loved working for EDFC and this was an incredibly hard decision,” says Kuhry. “However, this is a dream job for me.” His last day with EDFC will be Friday, April 28, and he will hit the ground running on Monday with MRC. The Board of Directors is working hard on a transition plan, and EDFC is currently accepting applications for the Executive Director position. In the meantime, Administrative Coordinator Diann Simmons will run the show. EDFC has come a long way in the 10 years since Kuhry joined the Board, later becoming Executive Director. With just two full-time staff, EDFC does a lot with a little.

EDFC is a non-profit that was founded in 1995 through a partnership among Mendocino’s four incorporated cities and the county, with a goal of coordinating and supporting economic development. Funding is provided through local, state, and federal government sources. EDFC focuses on economic development projects and provides access to capital for small businesses that are unable to get loans from traditional banks. Loans are the bread and butter of EDFC, providing over half of the revenue for the organization. As of December 2016, EDFC had disbursed 98 loans totaling more than $6 million, resulting in the creation of more than 310 jobs.

According to Simmons, “The relationship we have with our loan clients is personal and supportive. If people are late with a payment, we check in about the reason why and, if appropriate, make temporary adjustments.” For example, if a business experiences a winter slow-down, they may be able to make interest-only payments during that time. This is not the kind of relationship a small business owner would be able to develop with a bank, and having more flexible terms means a business is more likely to succeed.

EDFC works closely with other local organizations to maximize its impact. One of its partners is West Company, which also supports the development of small businesses and is equally invested in Mendocino County being an economically viable place to live and work. EDFC often refers loan applicants to West Company so they can prepare the business owner to get the loan. That assistance can range from the development of a business plan to financial planning to managerial training. In Lake County, similar assistance is provided through Community Development Services.

West Company Executive Director Mary Anne Petrillo is on the EDFC Board, and she is very excited for the opportunities that lie ahead for entrepreneurs in our community. Says Petrillo, “As long as EDFC can provide alternatives to traditional banks, our small businesses will have opportunities to grow and thrive.”

The three loan programs EDFC operates have to be balanced with the higher-cost, higher-labor economic development projects that aren’t always funded. For example, EDFC changed locations to become an anchor tenant at “The Center” on Bush Street in Ukiah, and raised $7,000 to launch the co-working Ukiah ShareSpace at the same location. “Our vision is for the ShareSpace to help build community by increasing networking and collaboration among small businesses,” says Simmons. “We also plan to apply for funds that will help us develop it as a small business incubator.” This may include subsidizing ShareSpace rent for entrepreneurs and providing technical assistance for low-income people starting up a new business.

Another new project was the creation of a Direct Public Offering (DPO), the first of its kind in California. Initiated in April 2015, the DPO is an innovative way for people to invest in their community, rather than a faceless and distant stock or bond. It also provides the opportunity to invest a relatively small amount, and enables people to feel good about their investment while also yielding a return: 2% per year for the six-year term. People were excited about the opportunity to invest their dollars into something they could see and wanted to support, and the DPO’s initial activity raised $354,000 from nearly 100 individual and organizational investors, far outpacing its $250,000 goal. “The DPO is the crown jewel of what we’ve done, in terms of the impact it will have in the community,” says Kuhry. The funds raised through the first DPO were put toward funding a local start-up: the Mendocino Wool & Fiber Mill, located in Ukiah. Matthew Gilbert has been shearing sheep almost his entire life, and is proud to be developing the only wool mill in Mendocino County.

Mendocino County Supervisor John McCowen has been on the EDFC Board for eight years, and has watched EDFC expand its purview under Kuhry’s leadership. “[Kuhry] put the ‘ED’ [economic development] into EDFC,” says McCowen. “Before that, we just did loans. He was very determined and very creative in finding new ways to access capital.” According to McCowen, “The DPO was John’s brainchild, and he put a lot of effort into other projects like biomass development and the co-working space. It’s hard to see how any of these efforts would have moved forward as far as they did without his involvement.”

Kuhry is proud of the work EDFC has done since he joined the Board and went on to become Executive Director. “Over the past 10 years, we’ve greatly improved EDFC’s reputation,” says Kuhry. “People didn’t know what we did, and we used to have empty board seats. Now, we have more interested applicants than seats.” He also cites the network that EDFC has built as one of its most important and impactful contributions to the area. “The community network across Lake and Mendocino Counties and even into Sonoma is an invaluable intangible asset,” he says. “The connections we’ve made will pay dividends for generations to come.” Kuhry has been the nexus of that network, but he’s confident that EDFC will continue the work he started and pursue new economic development projects.

“We’re going to miss him, but it’s a great opportunity for him and obviously we wish him well,” says McCowen. Kuhry is staying on with EDFC as a Board member, and is excited to see what the future holds. He’s particularly enthusiastic about the new Executive Director, whoever it may be. “We’re ready for some new blood to come in with fresh eyes and take it to the next level,” says Kuhry. “This is a tremendous opportunity for the right individual, and for the community as a whole.” 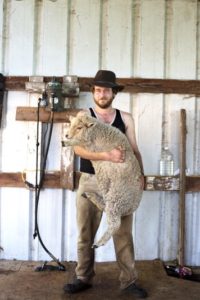 Matthew Gilbert runs the only wool and fiber processing plant in Mendocino County, thanks to capital provided by EDFC’s first Direct Public Offering. Photo from NCO.