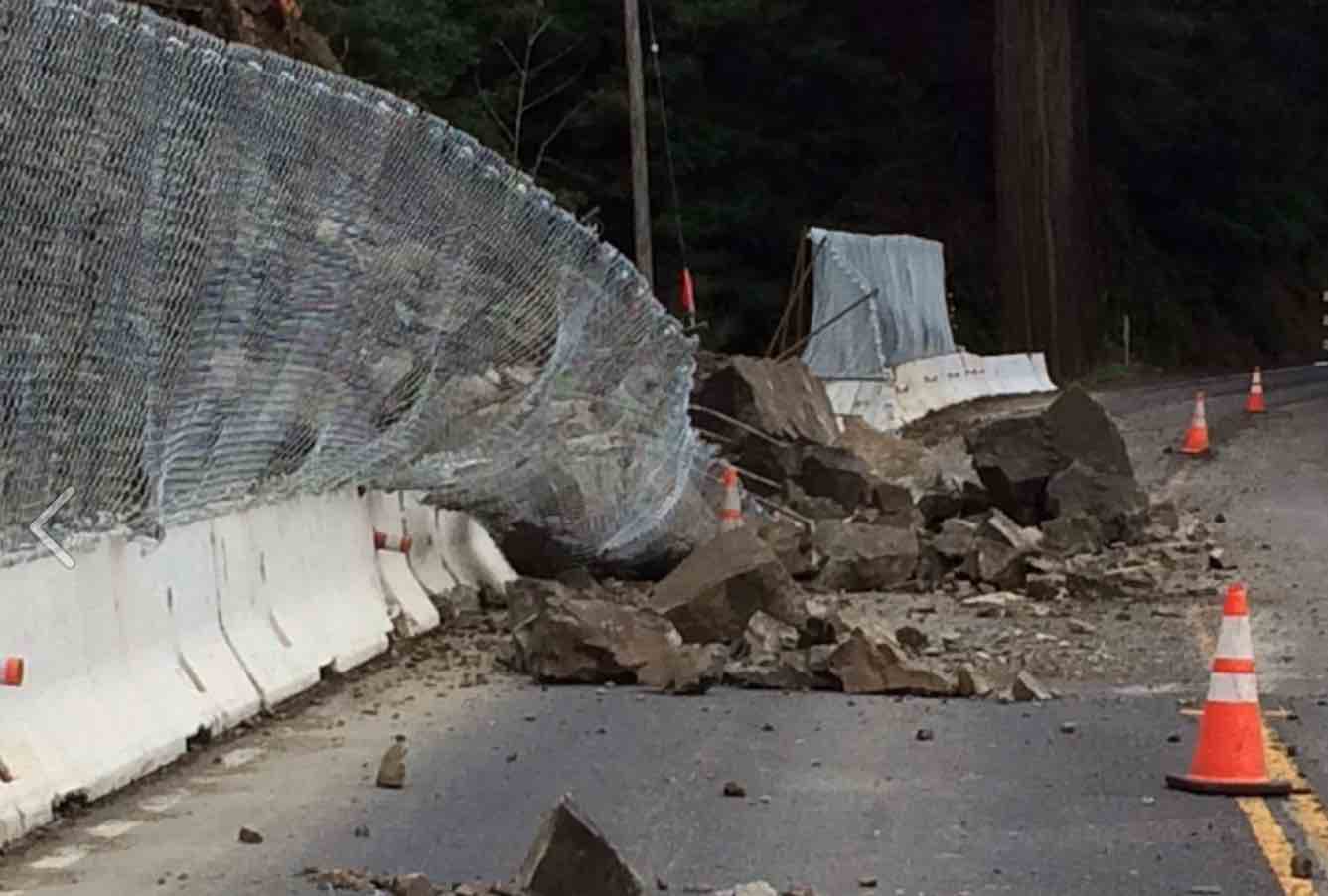 A Caltrans photo of the slide north of Leggett, which also took out the fence.

UPDATE 3/10/17 12:30 pm: Caltrans has re-opened the road to one-way traffic, but delays should be expected. Here’s the full announcement: “Caltrans has reopened US 101 about 6 miles north of Leggett with one-way traffic control. Expect 20-30 minute delays after the long queue of vehicles clears through over the next hour or so. The road will remain one-way until further notice.”

11:40am: An email from Caltrans has provided more details. The road is closed at State Route 1 and southbound was closed at the southern most portion of State Route 271 in Piercy, CA and remains closed. The press release states “Cal-Trans will continue to work on the slide throughout the day and evaluate the conditions of adjacent hillside and the roadway. Cal-Trans has advised they hope to have one lane of the roadway open by later today, in order to alternate traffic through the area but the highway will remain closed until their Geologist’s deem it is safe to allow traffic through.”

We will update when we know the road has re-opened to one-way traffic or when additional information becomes available.

Caltrans is recommending as alternate routes State Routes 36 and 20. Larger commercial vehicles should use State Routes 20 and 199. Local residents are recommending against taking Bell Springs Road, as recent storms and increased traffic have left the road in bad condition. CHP officers may be stationed at the road to discourage non-local drivers, according to this post from Kym Kemp, who also has a video of the slide.

UPDATE 8:45 am — Caltrans workers are currently trying to clear Highway 101 and repair a fence that the slide broke through overnight and the highway remains under a full closure. Caltrans is currently estimating that the road may be re-opened to one-way traffic this afternoon, but staff explained in a Facebook post that until the fence is repaired, there is not adequate protection for passing cars from the large rocks falling in the slide. Staff are currently working to fix the catchment fence. 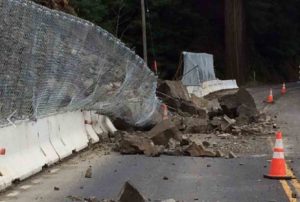 A Caltrans photo of the slide north of Leggett, which also took out the fence.

MENDOCINO CO., 3/09/17 — Highway 101 closed down about 6 miles north of Leggett due to a large rocklide that continues to slide into the road. In a press release Caltrans’ Phil Frisbie, Jr. states that the road has been closed and will be “evaluated at daylight out of concern for worker safety. It is unknown how long the highway will remain closed.” At this time there is no detour. 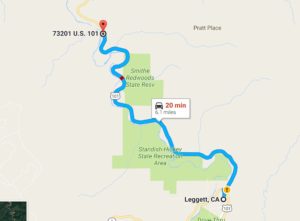 The approximate location of the slide, 6 mile north of Leggett.