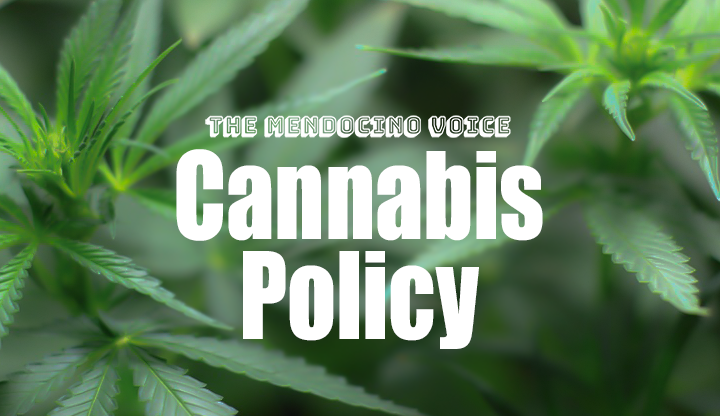 MENDOCINO CO., 2/18/17 — A bill co-authored by the North Coast’s Assemblyman Jim Wood was introduced Friday that would prohibit state and local agencies from co-operating with or assisting federal authorities seeking “to investigate, detain, detect, report, or arrest a person” engaging in state-sanctioned medical or recreational cannabis businesses without a court order. If passed AB 1578 would protect those operating legal California cannabis businesses from being handed over to federal enforcement authorities unless a judicial exception is made.

Although a majority of states now have laws legalizing some kind of cannabis use, it remains unclear how enforcement of federal cannabis laws — under which marijuana remains a Schedule 1 drug — will take place under Attorney General Jeff Sessions. This bill would prevent California’s agencies from cooperating with federal authorities seeking to investigate or prosecute individuals under federal law who are engaging in cannabis activities considered legal in California.

The bill would prevent state or local agencies from contributing any resources, including “money, facilities, property, equipment, or personnel,” to a federal investigation or enforcement action concerning legal cannabis activity taking place in California. Agencies would also be prohibited from providing any information to federal authorities who want to pursue investigation or enforcement of people who are engaging in legal cannabis activity, have patient ID cards, or are seeking legal cannabis licenses. The bill also prevents state and local agencies from turning over any person to federal authorities seeking to enforce federal cannabis laws. A judge would be required to issue a court order before cooperation of this nature could occur.

The legislation specifically applies to legal cannabis activity as outlined in the Medical Cannabis Regulation and Safety Act (MCRSA) and Prop. 64, the Adult Use of Marijuana Act (AUMA). State and local agencies are defined as law enforcement agencies including police and sheriffs, licensing authorities and state and local agencies who have information on licenses under AUMA or MCRSA, and agencies with information about medical cannabis patients.

The bill was introduced by Assemblyman Reggie Jones-Sawyer (D-Los Angeles) on Friday, February 17, the last day that bills could be introduced in the California Assembly. The proposed legislation was co-authored by Wood, Assemblyman Rob Bonta (D-Oakland), and Assemblyman David Chiu (D-San Francisco). It was co-sponsored by Senator Scott Wiener and Senator Nancy Skinner, both Democrats representing the Bay Area. It would amend the California Health and Safety Code and require a majority vote to pass.

Here’s the full text of the proposed legislation filed on Friday:

An act to add Section 11362.6 to the Health and Safety Code, relating to marijuana.

Existing law, the Medical Cannabis Regulation and Safety Act (MCRSA) provides for the licensure and regulation of medical marijuana, which responsibility is generally divided between the Bureau of Marijuana Control within the Department of Consumer Affairs, the Department of Food and Agriculture, and the State Department of Public Health. The Control, Regulate and Tax Adult Use of Marijuana Act (AUMA), an initiative measure enacted by the approval of Proposition 64 at the November 8, 2016, statewide general election, provides for the licensure and regulation of commercial nonmedical marijuana activities, which responsibility is also generally divided between those same state entities. Existing law requires the State Department of Public Health to establish and maintain a voluntary program for the issuance of identification cards to qualified patients who have a physician’s recommendation for medical marijuana. Existing law requires the counties to process applications and maintain records for the identification card program.

This bill would prohibit a state or local agency, as defined, from taking certain actions without a court order signed by a judge, including using agency money, facilities, property, equipment, or personnel to assist a federal agency to investigate, detain, detect, report, or arrest a person for commercial or noncommercial marijuana or medical cannabis activity that is authorized by law in the State of California and transferring an individual to federal law enforcement authorities for purposes of marijuana enforcement.

Vote: majority   Appropriation: no   Fiscal Committee: no   Local Program: no

THE PEOPLE OF THE STATE OF CALIFORNIA DO ENACT AS FOLLOWS:

(a) A state or local agency shall not do any of the following without a court order signed by a judge:

(1) Use agency money, facilities, property, equipment, or personnel to assist a federal agency to investigate, detain, detect, report, or arrest a person for commercial or noncommercial marijuana or medical cannabis activity that is authorized by law in the State of California.

(2) Respond to a request made by a federal agency for personal information about an individual who is authorized to possess, cultivate, transport, manufacture, sell, or possess for sale marijuana or marijuana products or medical cannabis or medical cannabis products, if that request is made for the purpose of investigating or enforcing federal marijuana law.

(3) Provide information about a person who has applied for or received a license to engage in commercial marijuana or commercial medical cannabis activity pursuant to MCRSA or AUMA.

(b) For purposes of this section, the following definitions shall apply:

(1) “AUMA” means the Control, Regulate and Tax Adult Use Marijuana Act, enacted by the approval of Proposition 64 at the November 8, 2016, statewide general election and generally codified in Division 10 (commencing with Section 26000) of the Business and Professions Code.

(2) “MCRSA” means the Medical Cannabis Regulation and Safety Act, generally codified in Chapter 3.5 (commencing with Section 19300) of Division 8 of the Business and Professions Code, and other provisions regarding licensing of cultivators, manufacturers, testing laboratories, distributors, and dispensaries of medical cannabis and medical cannabis products located in this article and in Article 2.5 (commencing with Section 11362.7).

(3) “State or local agency” means all of the following:

(A) A law enforcement agency, including, but not limited to, police, sheriffs, university police, and other campus police agencies.

(B) A licensing authority under AUMA or MCRSA.

(C) Any other state or local agency with information that identifies licensees under AUMA or MCRSA.

(D) A city, county, city and county, or state agency with information regarding individuals who have obtained medical marijuana program cards pursuant to Article 2.5 (commencing with Section 11362.7).