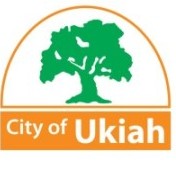 UKIAH 2/23/2017 — The Ukiah City Council approved a medical cannabis dispensary ordinance and heard the results of a feasibility study about a high-end hotel on city-owned property in downtown Ukiah, at their meeting Feb. 15 meeting. Marking a major change for a county whose major agricultural product has long been marijuana, Mendocino’s largest city, and county seat, could very soon see legal weed sold their — the dispensary ordinance, which was introduced on January 18, will go into effect on March 20, provided nobody challenges it.

Semi-retired physician Dr. Robert Werra objected during the public comment period, expressing his view that most claims about the necessity for medical marijuana are unsubstantiated. He brought with him a letter to that effect, which was signed by 42 of the 45 local physicians whose signatures he solicited.

Werra expressed disappointment that the ordinance had advanced so rapidly without input from the local medical community, but council member Maureen Mulheren said she had been discussing the issue with Werra for a year and a half. “We don’t need a mess of them,” he replied.

Steely Inoue, a businessman who hopes to open a dispensary in Ukiah, spoke after Werra, saying that he believes the dispensaries would contribute to economic development, in addition to providing access to a valuable medical tool.

Don Crawford, another member of the public, asked how medical cannabis regulation would evolve once recreational marijuana becomes available. If dispensaries are “allowed to morph into recreational” establishments, he said, “That would concern me.”

Mayor Jim Brown said he believes that “All the work that we have done is going to benefit us down the road.” Recreational pot, unlike medical cannabis, can be taxed at the point of sale, which Brown believes could bring in money for a variety of services and programs. But, he reflected, crafting the recreational ordinance will be “more complicated and more tedious” than putting together the ordinance for the dispensaries. Brown and Mulheren expect to be on the city council ad hoc committee responsible for drafting the recreational marijuana ordinance.

Asked during a break if he planned to fight the ordinance, Werra said, “What the hell good would it do?”

The council learned that, according to a $25,000 feasibility study and market analysis, a city-owned parcel at West Standley and Oak streets would be an ideal location for a high-end hotel.

In April of 2016, the council voted to partner with Visit Ukiah, a civic marketing advisory group which is funded by the lodging tax, to pay for the study. The report of the study was completed by CBRE Hotels of San Francisco in November, 2016. The cost to the city’s general fund was $15,000, while Visit Ukiah paid $10,000.

Chris Kraus, CBRE’s managing director, told the council that after a three-year pre-development and construction period, a 75-room hotel with one large meeting room, a business center, a fitness center, a whirlpool and a sundries shop, could be expected to outperform the national market, at 65% occupancy and a price tag of $160 per night. The estimate of the cost of building the hotel was close to $10 million.

Kraus cautioned the council that Ukiah is a “secondary to tertiary market. It’s not a home run,” though he opined that, with a 10% transient occupancy tax, such a hotel could be a significant source of revenue for the city.

Mulheren, who voted against the study last year, said, “One of my favorite sayings is that 42% of statistics are made up. And, in evaluating the proposal, there are some interesting findings. Including that, that states, one of the largest employers in the community actually went out of business in 2009. I guess my question for staff — because now that we have this study and besides what it costs, what, what are the next steps? When we had the initial conversation, my concern was a lot around existing hotels and how this may impact them. And I would like to hear, not only the next steps for wooing said hotels, as, as we discussed previously, but also, unlike many studies we have procured in the past, how do we keep this relevant and fresh and still in the market?”*

Shannon Riley, a senior management analyst with the City of Ukiah, suggested creating a committee to explore the idea. Riley believes the city is failing to “capture a market” that would be interested in a high-end lodging experience in wine country. Vice-mayor Kevin Doble said he would hate to miss out on the opportunity to revitalize the historic downtown.

Rick Hansen, executive director of the Ukiah Main Street Program, asked Kraus what the “shelf life” of the study was, and Kraus replied that, with the most recent data being from August of last year, the findings should be relevant for three to six more months. “A company doing its own due diligence will of course pull its own reports,” he said. He went on to tell the council that, because the city owns the site, “you are in a position to…outright sell the site, or lease it and retain control…you own these findings,” which can also be used to solicit requests for proposals from the private sector.

A few members of the public were dubious, though Inoue, the prospective dispensary operator, said he thought a high-end hotel would be “tremendous.”

Crawford, who spoke during the public comment period again, said he was “Not sure I’d pay $160 to stay in Ukiah,” and advised the council to make sure everything was “nailed down” before finalizing any arrangements.

Another member of the public, Cynthia Cole, reminded the council of the uncertain fate of another high-end hotel in downtown Ukiah when she said simply, “We don’t know what will happen with the Palace Hotel.”

*The original version of this story quoted council member Maureen Mulheren saying that one of her favorite sayings is that “42% of statistics are wrong.” Upon review of the recording, we were able to provide a more accurate quote.