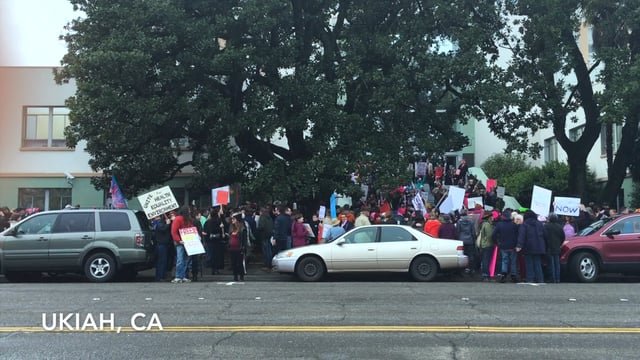 MENDOCINO CO., 1/22/17—We put together a video featuring the Women’s Marches in Willits, Ukiah, and Fort Bragg, and spoke to some of the marchers about why they were there. Estimates put the number of marches at around 1500-2500 people in Fort Bragg, 2,000 in Ukiah, 60 in Willits (scheduled the day before), and 300 in Gualala – do you know how many people were in Laytonville?

We’ll be adding more from the march in the next couple days — if you’ve got photos or footage you want to share, send them to us at [email protected] or on Facebook. We’ll also be adding information about upcoming events related to the marches.

Thanks to everyone who spoke with us, including those that didn’t make it into the video—it was only because some voices were hard to hear over all the beeping!

Did you go to any of the marches? What do you think? Tell us in the comments!