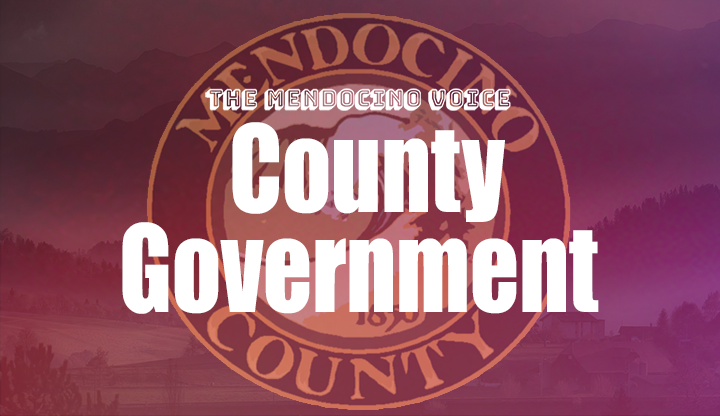 UKIAH, 1/25/2017 — At their meeting yesterday, January 24, the Mendocino County Board of Supervisors voted unanimously to recommend their former colleague, three time supervisor John Pinches, for the position of Third District Supervisor. That seat has been officially vacant since Tom Woodhouse resigned on January 3, and actually empty since late August when Woodhouse began an extended absence. Governor Jerry Brown is the only one empowered to fill the vacancy, but county CEO Carmel Angelo told the board that the governor’s office is taking recommendations “from anyone who chooses to give them a recommendation.”

In a brief telephone interview made after the announcement, Pinches expressed gratitude for being endorsed, and elaborated on his experience, and policy positions. Most importantly he explained that his health is much improved, since his difficulties two years ago when ill health was part of the reason he did not seek reelection. And given this change in his health Pinches would not unequivocally state that he would not seek re-election, if appointed, saying, “I’m not really planning on it but I wouldn’t totally rule it out.” Regardless of whether he seeks re-election he emphasized that he won’t be a placeholder, “I certainly have some issues I want to bring forward…I’m not just going to be down there and be a placeholder for two years — I’m going to be a supervisor for the Third District.”

He also said that he would not recuse himself during marijuana deliberations, as Supervisor Dan Hamburg has, stating that, “I don’t have anybody that holds any marijuana permit on any of my property.” He added that he doesn’t smoke weed and doesn’t grow it. He continued, “It’s a huge issue, but I would not recuse myself. In the past I have made it clear that I’ve sold property to people that grow marijuana and I have friends that grow marijuana…it’s a huge industry…to say that you’re not knowledgeable about it or it doesn’t affect you is not the truth.” He explained that dealing with the question of marijuana is one of the reasons that he wants to return to the supervisorship, and also discussed many other issues in an interview included below.

The board made the endorsement under the apparent belief that Pinches would not run again. Fourth District Supervisor Dan Gjerde said that, although he had not spoken to Pinches, “I assume he is not interested in running, so that means he would be focused on doing the job, which I think would be an advantage, both for the county and the Third District…it would create sort of an open field for those who do want to run, where no one person would have the advantage…of the incumbency.”

Fifth District Supervisor Dan Hamburg reminded everyone present that the final decision rests with the governor when he presented some possible obstacles to Pinches’ nomination. “He’s not a Democrat, and he’s not running again, and actually the administration, as I understand it, would rather appoint a Democrat and would rather appoint someone who would run again,” he said. According to Pinches he currently has no party affiliation. Additionally, in 2014, Governor Jerry Brown appointed John Loudon, who is a Republican, to the Colusa County Board of Supervisors Second District seat.

Second District Supervisor John McCowen weighed in, saying, “Given the length of time the office has been functionally vacant, the need to get someone in there who doesn’t require a learning curve, and the unquestioned dedication to the district and the county, I think, weighs heavily in favor of Supervisor Pinches.”

The board unanimously voted to endorse Pinches to fill the seat left vacant by Tom Woodhouse for the roughly two years remaining in the term.

Contacted at his ranch in the Island Mountain area, where he said he is currently snowed in, Pinches first thanked his former colleagues for their endorsement, saying, “That was nice of them…I certainly appreciate their confidence in me.” He later added, “There’s a lot of evolving and revolving issues…I’m up for a challenge if the governor thinks he wants me to be that person.” He emphasized that he is particularly concerned with improving the county’s finances, and roads.

On the issue of seeking reelection, Pinches was unclear, beginning by saying, “I’m not planning on it, I was on the board for 12 years and I retired.” But when he noted that his health had improved markedly, he clarified that he would not rule it out, and that, “That’s a long ways down the road.”

Elaborating on the question of marijuana Pinches emphasized what he said is his great reluctance to “impose any more laws on the people of Mendocino County.” Using his own road as an example, Pinches noted that Bell Springs Rd. provides access to all three counties of the Emerald Triangle, and the area is quickly heading towards a situation where this one road would have vastly different pot rules depending on mile marker, saying, “I have a real problem with that.” He added that, “I’m not sure it was the best thing for [Prop] 64 to allow the counties to set up their own set of sub-laws.”

As for cannabis and the federal government, which many suspect will change tact dramatically with the likely appointment of Senator Jeff Sessions to be Attorney General, Pinches could see many possibilities. He pointed out that Mendocino County is one place in a vast country currently dealing with this issue. He also said that if the Trump Administration tightens border security that could result in less marijuana entering the country from abroad, which in turn could raise the price of locally grown weed. This, he said, is the thing on most people’s minds.

From the federal involvement in weed the conversation took a turn to immigration. Pinches expressed a nervousness for sanctuary city policies, and generally deprecated the idea, saying,

“As far as immigration policy, all they have to do is enforce the laws on the books…and I think it’ll solve all the immigration problems.” Continuing, “The sanctuary cities are violating the law and they need to be brought into compliance…we’re a nation of laws, if you don’t like the law change it.”

He elaborated, “Federal law trumps state law period. That’s why we’re a nation, states have certain rights…but immigration laws are federal laws because they affect more than one state.”

Specifically addressing the recent moves on the part of Fort Bragg and Ukiah to maintain or expand sanctuary policies, Pinches noted that, “In California, or in any other states, we depend a lot on federal money…and if you want to start bucking up against the federal government — the federal government don’t have to send you that money…that’s a real gamble that I don’t think I’d be willing to take.”

And on the question of funding mental health services in the county, Pinches had some reservations about Measure AG. He explained that it would only have provided funding to build a facility, but not to run it, and worried that this would have resulted in money being siphoned off from other mental health programs.

He also pointed out that the facility would most likely be situated in Ukiah, pulling more money into Ukiah, and limiting the ability of people in more remote parts of the Third District to access the facility. Noting that you can’t expect everyone to drive to Ukiah, especially if they are, for instance, snowed in as he currently is, he said, “That’s what representation is about, my job as supervisor would be to make sure that the Third District of Mendocino County gets its fair share of the dollars and services that are available.”