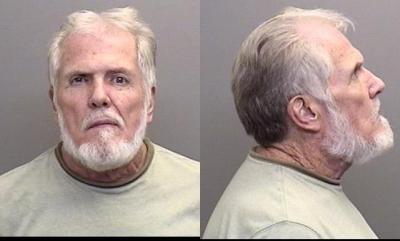 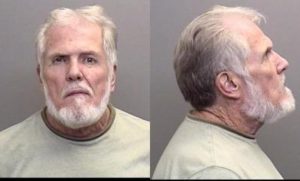 MENDOCINO Co., 12/16/16 — A press release from the Mendocino County Sheriff’s Office describes an alleged Thanksgiving weekend assault by Jimmy Hendry, against his wife. According to the release he subsequently threatened and intimidated his wife to keep her from reporting the initial assualt. He was arrested Dec. 9, 2016.

The press release from the MCSO:

Synopsis:
On 12-09-2016 at approximately 8:51 A.M., Deputies from the Mendocino County Sheriff’s Office were dispatched to a reported domestic violence incident that occurred at a residence in the 26700 block of Sherwood Road in Willits, California.

Deputies contacted a 72 year-old female who was reportedly assaulted during the Thanksgiving weekend by her husband, Jimmy Hendry.

On 12-07-2016, Hendry was reportedly yelling at the female and threatened her bodily harm if she reported the incident to law enforcement.

During the investigation, Deputies subsequently contacted Hendry and placed him under arrest for 136.1(c) PC (Threatening or Dissuading a Victim) and 243(e)(1) PC (Domestic Violence Battery).

Hendry was booked into the Mendocino County Jail where he was to be held in lieu of $25,000.00 bail.