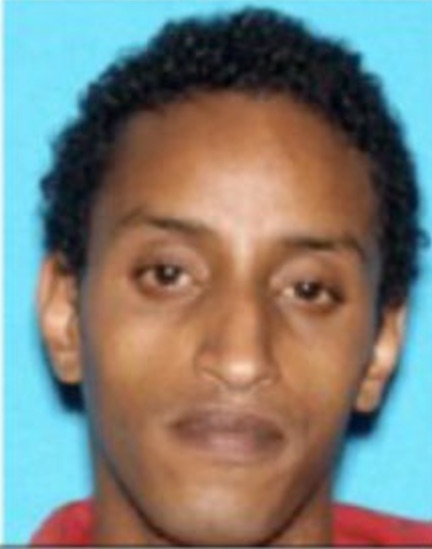 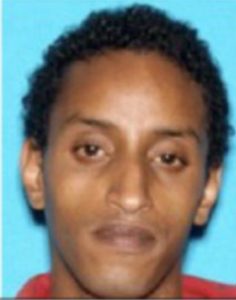 MENDOCINO Co., 12/8/16 — A 28 year old man from San Diego, Abdirahman Mohamed, was apprehended yesterday as a suspect in the murder of Laytonville resident Jeffrey Settler. He was arrested by San Diego law enforcement, and Mendocino Sheriff’s detectives have flown to San Diego to continue the investigation. Mohamed was previously reported to be a 25 year old man named “Richie” in the statewide search for the suspects. Several suspects in the homicide remain at large.

Two additional suspects had been arrested, bring the total to three with Mohamed. Gary “Giggles” Fitzgerald, 23, of Roanoke, Illinois, and Zachary Wuester, 24,  from Haskell, New Jersey are already in custody. Fitzgerald was taken into custody after turning himself in on November 23 in Ukiah; Wuester surrendered to Mendocino County Sheriff’s Office deputies in Willits on November 14. Amanda Wiest, 26, was previously named a suspect, but after Wiest contacted MCSO she is now considered to be a victim of kidnapping and is cleared by MCSO of suspicion.

Fitzgerald and Wuester were initially booked on homicide charges and each held on a bail of $650,000. The two are now being held without bail and are also charged with robbery, as the investigation indicates the suspects took 100 pounds of cannabis from Settler during the commision of the homicide.

According to MCSO’s Lt. Shannon Barney, “attorneys representing various suspects have reached out, trying to see what their clients are facing.” Barney said MCSO is still currently looking for the additional four suspects; some have “voiced a desire” to turn themselves. He noted one suspect has been telling people in the area that “he has talked to us and he has been cleared,” but that this is not true.

He added that based on the investigation, Wiest has been cleared after providing detectives with information about the incident, and noting “we look at the circumstances in which she was there…it maybe was not an overt kidnapping, they didn’t tie her up and knock her over the head, but she was still in real fear and danger, and had to follow instructions. They wanted her car.” Wiest was present at the scene during the homicide with her four year old child and was initially reported as a possible victim before being announced as a suspect, then cleared. Barney said that charging each suspect is ultimately up to the Mendocino County District Attorney David Eyster.

The investigation is ongoing and no additional information as to the cause of death has been released. Deputies have previously stated that up to ten people may have been present at the homicide, on the night of Nov. 11, which took place north of Laytonville, but that at least one person left to contact law enforcement. An autopsy was conducted on Nov. 14 and the California Department of Justice is assisting with the case.

Kym Kemp at Redheaded Blackbelt reports that Mohamed was captured after law enforcement identified a vehicle associated with him and may be transported  to Mendocino County after detectives interview him. Kemp writes that that Van Patten said

“the trimmers believed that they weren’t properly compensated for the work they had done. Van Patten confirmed that it seems the suspects It ‘weren’t fully compensated the amount that had previously been agreed on.’”

See our previous coverage of the investigation here.