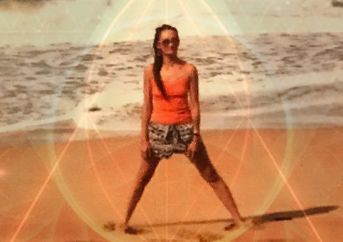 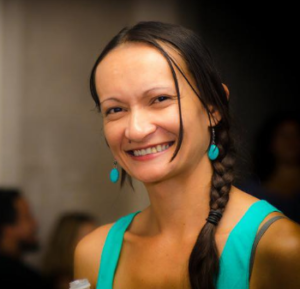 More information will be posted about the memorial as it becomes available on the event’s Facebook page, where friends and family have shared some memories of her.

A memorial webpage has also been set up to remember Falkenberg, called “Shelley’s Legacy.” In lieu of flowers, the family requests donations are made towards her children’s college education fund at this site.

Falkenberg’s family has also shared this remembrance of her on the memorial’s page:

Shelley was born in the Philippines on December, 4th 1981, and moved to Willits in December 1988. She attended Willits Public Schools, and earned an academic presidential scholarship to attend Mills College in Oakland. Shelley graduated there with a B.A. in English Literature in 2004, and then moved back to Willits and married Eric Young in 2005.

Shelley was exuberant and gifted with many talents. She loved art, painting, writing, gardening, knitting and sewing, music and guitar. Her intelligence, tenacity, and love of learning are remembered by her teachers and school peers. She excelled in sports, especially basketball and vollyball. She was joyful and could fill a room with laughter. She made friends and confidants wherever she went. She had an indestructible commitment to her family and was limitless in her love for her children.

Of all her passions, Shelley loved motherhood the most. She never read a baby blog and hardly opened parenting books. She parented from intuition and pure love.

We love Shelley with all of our hearts, but we now know that was not enough to shield her from the world. The reality of Shelley’s death is devastating, and no possible reason can justify her loss. She had so much to give to the world. We will miss her idealism, political and social commentary, humor and altruism to everyone she met.

Rest in Infinity, we love you dearly.

Shelley was the eldest daughter of Thomas and Alwyn Falkenberg, sister to Carolyn, half-sister to Trygve, Erik and Robert, niece to Glenda and Christine. She leaves behind two children, Hunter August and Isabel Alba. Shelley is also survived by her loving partner Devin Howard, Step-dad Eldon Moilanen, brother-in law Pankaj Prasad, nephews and nieces, and her only surviving grandmother, Ineiega Limosnero, Aunts, Uncles and numerous Cousins in the Philippines.

A mass will be held in her honor at St. Anthonys Church in Willits at 12PM on December 17th.

It will be followed by a celebration of life at the Willits Art Center at 2PM.

In lieu of flowers, our family requests for gifts to her childrens college education fund at paypal.me/shelleyslegacy

Shelleys family has been blessed by many points of light in this dark night. Thank you to each person who has rallied to support us through her transition.

You can read the Mendocino County Sheriff’s Office announcement on the search for Falkenberg here.