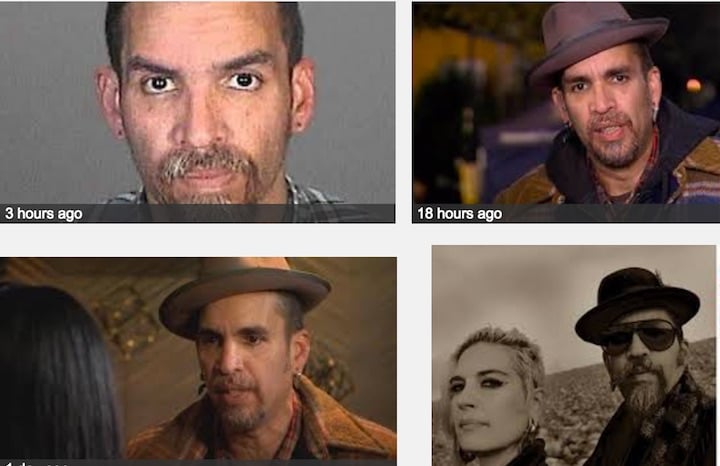 Some available images of Derick Ion Almena, thanks to suggestion by Kym Kemp. 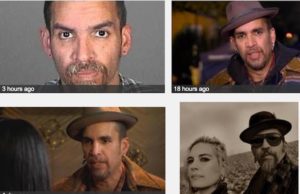 Some available images of Derick Ion Almena, thanks to suggestion by Kym Kemp.

MENDOCINO Co., Dec. 6, 2016 — Last week, on Dec. 2, at least 36 people lost their lives when the Ghost Ship artist collective went up in flames during a concert. People are still missing, and the warehouse fire that is being described as the deadliest fire in the city’s history.

The blaze occurred so quickly that many were trapped inside, and emergency personnel continue to sort through the building’s debris and ash in an attempt to locate and identify many of the remains of people who are still missing. The fire may have been started by a faulty fridge, officials said Tuesday, and a criminal investigation into the cause of the fire is ongoing. Fundraising efforts to support the survivors and families of the victims are also continuing, and memorials are being held around the Bay Area. President Obama also issued a statement.

Many media reports are focusing on the warehouse’s master tenant, Derick Ion Almena, who is being described as a former Mendocino County resident and cannabis farmer who was living at the Ghost Ship warehouse with his partner Micah Allison and the couple’s three children. They may have lived in northern Mendocino, possibly around the Shimmins Ridge area north of Willits. He is also known as Derick Ion, Derick Alemena, and Derick Almeny.

Almena was not at the warehouse on the night of the fire, and was roundly condemned after writing a Facebook post the following morning, in which he lamented the loss of the warehouse but did not mention the lives lost in the fire. “‘Everything I worked so hard for is gone,’ he wrote then, while noting that his partner and their children had been safe at a hotel during the blaze,” states an Associated Press article. Almena later stated he was not aware of the deaths when making the post and apologized in the press.

Did you know Derick Ion Almena? Although the exact timeline isn’t clear, a search of national news articles indicate Alemana did spend time in Mendocino, beginning over a decade ago: the same AP story quotes Almena’s partner’s father saying Alemana had been a local grower: “Almena previously worked as a marijuana grower in Northern California’s Mendocino County, Michael Allison said. Almena would make himself out to be the man in charge of his fellow pot workers and managed to avoid work, Allison said.”

Allison also states in that article: “‘He was able to cast a spell on someone in a weird way that I just do not understand,” Allison said. He described his daughter as passive and easily swayed by Almena.”

The Los Angeles Times reports the couple moved from Los Angeles, where Almena was from, to Mendocino County in the early 2000s after Allison became pregnant, where they stayed with a relative.

An article in the British paper the Daily Mail also quotes Michael Allison as saying the pair would travel to Bali after selling their Mendocino crop with someone watching their children.

The Anderson Valley Advertiser researcher Deborah Silva writes: “Derick Ion, who managed the building where the fire occurred Friday night. Derick’s true name is Derick Ion Almena. He’s from the LA area but both he and his wife Micah Allison, lived in the Willits area on Shimmins Road about 10 years ago, according to the background checks I ran. It appears that Derick has a relative living in Ukiah, Edward Almena. Not sure how Edward is related. While he is old enough to have been a young father to Derick, it looks like Derick has an older brother and sister. They all have the same mother’s maiden name and Edward would not be old enough to have fathered the brother and sister. The brother, Alexander, passed away in 2013. Edward might be a cousin or uncle. Almena is not a very common last name.”

Press reports indicate that the building previously received violations notices from the city and visits from police, and Alemana served as the party responsible on the art collective’s lease. Reports about him are conflicting: he has also been described by former friends and tenants as being unconcerned about some of the potential dangers of the space and as renting to musicians to hold at high prices without permits, but others say he tried to make whatever repairs he could afford. Records also show Almena threatening visiting musicians over leasing fees and possessing stolen property.

If you have any information about Alemena’s time living in Mendocino, please email The Mendocino Voice at [email protected].

Thanks to Kym Kemp at Redheaded Blackbelt for catching the Mendocino connection, you can read her story here.