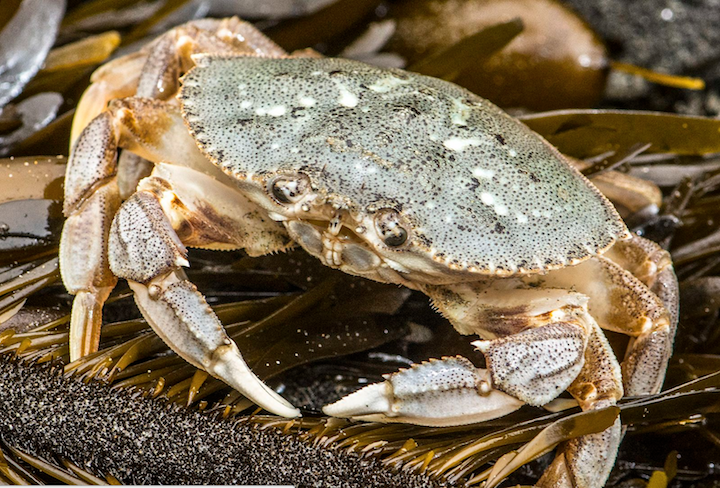 UPDATE 12/23: The CDFW has announced that crabbing will open between Point Arena and Ten Mile River on Dec. 29. See the details here.

MENDOCINO Co. — The following information is from a California Fish & Wildlife press release announcing the opening of certain marine areas for crabbing along the Mendocino County coastline beginning December 24 and December 26 south of Point Arena and north of Shelter Cove. However, the area between Point Arena and Shelter Cove remains closed due to health concerns from persistent “elevated domoic acid levels,” a naturally occurring toxin that can cause memory loss, dizziness, nausea, and can potentially be fatal in humans.

The press release states that the currently closed areas may be opened “once testing by state agencies shows that domoic acid in crabs from the area no longer poses a significant risk to public health.”

On Dec. 24 and Dec. 26, more of the California coastline will open to the commercial Dungeness crab fishery. Some previously closed areas will open at the recommendation of state health agencies, the California Department of Fish and Wildlife (CDFW) announced today.

However, due to persisting conditions of elevated domoic acid levels, the fishery will remain closed between Point Arena and Shelter Cove. The closed portions of the coast may open once testing by state agencies shows that domoic acid in crabs from the area no longer poses a significant risk to public health.

The area between Point Arena and Shelter Cove will remain closed until the CDFW Director receives a recommendation from the state health agencies that levels of domoic acid – a naturally occurring toxin – do not pose a public health risk. Last fall and winter, domoic acid along the West Coast interrupted Dungeness and rock crab fisheries from Santa Barbara to the Oregon state line.

CDFW will continue to coordinate with CDPH and OEHHA to test domoic acid levels in crab along the coast to determine when the fisheries can safely be opened. CDPH, in conjunction with CDFW, has been actively testing crabs since early September and results from the most recent tests showed that select crabs from the closed areas had elevated levels of domoic acid in their viscera. Domoic acid is a potent neurotoxin that can accumulate in shellfish, other invertebrates and sometimes fish. It causes illness and sometimes death in a variety of birds and marine mammals that consume affected organisms. At low levels, domoic acid exposure can cause nausea, diarrhea and dizziness in humans. At higher levels, it can cause persistent short-term memory loss, seizures and can in some cases be fatal.