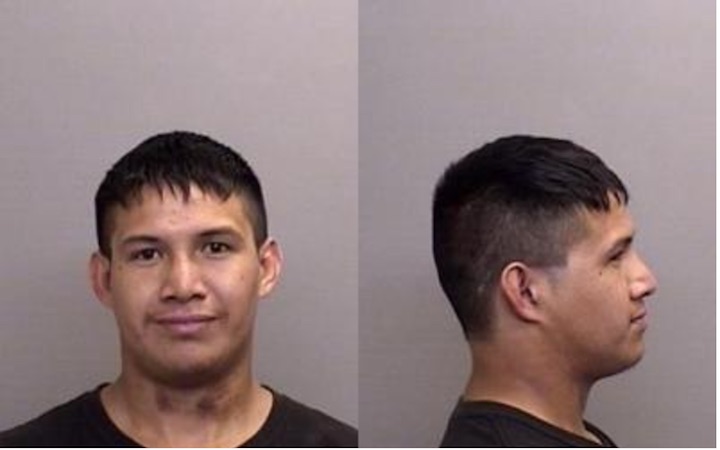 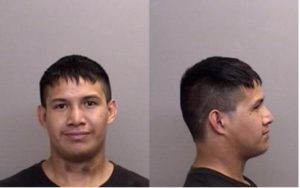 MENDOCINO CO., Dec. 7, 2016 — The following information is from a December 7 press release issued by the Mendocino County Sheriff’s Office. The Mendocino Voice has not independently confirmed the information. All suspects are considered innocent until proven guilty.

On Dec. 2 at 2:30 am, deputies responded to a call in Covelo. A female victim had been choked and prevented from leaving her residence by her former boyfriend, 24 year old suspect Lucas Case, who was still living in the same residence although the two were no longer in a relationship.

The report states that Case had been drinking and wanted the victim to drink with him.  When she refused, Case prevented her from leaving and a struggle ensued. The victim then agreed to drink with Case so he would let her go. Case then followed the victim out of the room and began to choke her, prompting a relative in the residence to call Mendocino County Sheriff’s Office.

When deputies arrived, Case was not present but deputies could see evidence of welts on the victim from choking. The victim declined medical assistance but deputies could not locate Case in the area. At 9:15am that morning, deputies were contacted by Round Valley Tribal Police as Case wanted to speak with them at the office. He was then taken into custody without incident with bail set at $25,000.

The full press release can be seen below:

On 12-02-2016 at about 2:25 AM Mendocino County Sheriff’s Deputies were dispatched to a reported unwanted subject and domestic violence incident, occurring in the 100 block of Concow Boulevard in Covelo, California.

When Deputies arrived they learned a female and her boyfriend, Lucas Case, had been in a dating/cohabitating relationship for the past several months. The couple recently broken up, but Case was still living at the same residence with the female.

When the female attempted to leave the room Case blocked the doorway. The female was afraid Case was going to choke her again.  Case moved out of the doorway and when she walked out of the room he followed her. Case grabbed the female by the throat with both hands and pushed her down on the sofa as she kicked in defense.

A relative of the female who was also inside the residence called the Sheriff’s Office and as Deputies were responding Case left the residence on foot.

Deputies observed two welts, some swelling and redness around the female’s throat which was consistent with being choked. The female declined any type of medical assistance.

Deputies checked the area for Case but were unable to locate him.

On 12-02-2016 at about 9:15 AM Deputies were dispatched to the Round Valley Tribal Police office as Case wanted to speak with Deputies.

Deputies responded to the Tribal Police Office and arrested Case without incident.

Case was booked into the Mendocino County Jail on the above listed charges and was to be held in lieu of $25,000.00 bail.