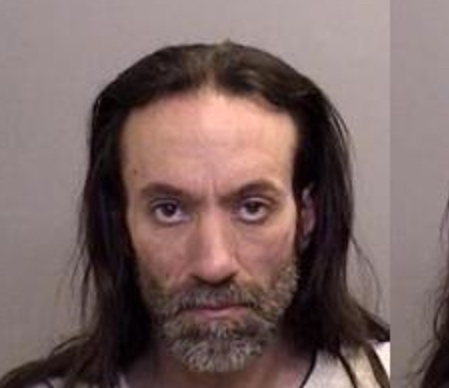 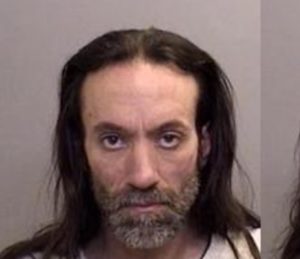 MENDOCINO Co., Dec. 6, 2016 — The following information is from a December 6 press release issued by the Mendocino County Sheriff’s Office. The Mendocino Voice has not independently confirmed any of the information. All suspects are considered innocent until proven guilty.

On the morning of Dec. 1, MCSO deputies were contacted by the manager of Creekside Cabins, a campground and RV park containing residences north of Willits, located at 29801 North Highway 101. The manager reported a burglary that occurred of one of the residences during the night of Nov. 30 or early morning on Dec. 1. 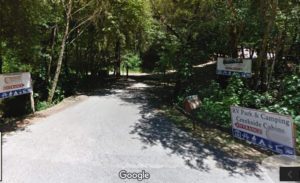 The entrance to the Creekside Cabins and RV Resort, north of Willits, as seen from Highway 101/Google Maps.

When deputies arrived and conducted an investigation, it was discovered that multiple items had been stolen and removed from a residence, and some of those items had been left outside the residence and vandalized. The stolen items were worth more than $400. As deputies continued their investigation, it was determined that one suspect, 47 year old Kevin Dahlund, who had been staying at Creekside Cabins resident, had purportedly committed the burglary. Deputies “developed probably cause” that Dahlund had committed the offense, and determined that he was also on probation with the county.

Dahlund was taken into custody for burglary, possession of stolen property, vandalism (greater than $400), petty theft, and probation violations. Due to his probation status, he is being held without bail.

496(a) PC (Possession of Stolen Property)

Synopsis:
On 12-01-16 at approximately 10:36 A.M., Deputies from the Mendocino County Sheriff’s Office were directed to contact the manager at Creekside Cabins (29801 North Highway 101 in Willits, California) regarding a burglary.

Deputies contacted the manager who provided information regarding a burglary that occurred to a residence at the location between the evening of 11-30-2016 into the morning of 12-01-2016.

Dahlund was subsequently booked into the Mendocino County Jail where he was to be held on a no-bail status due to violating the terms of his probation.