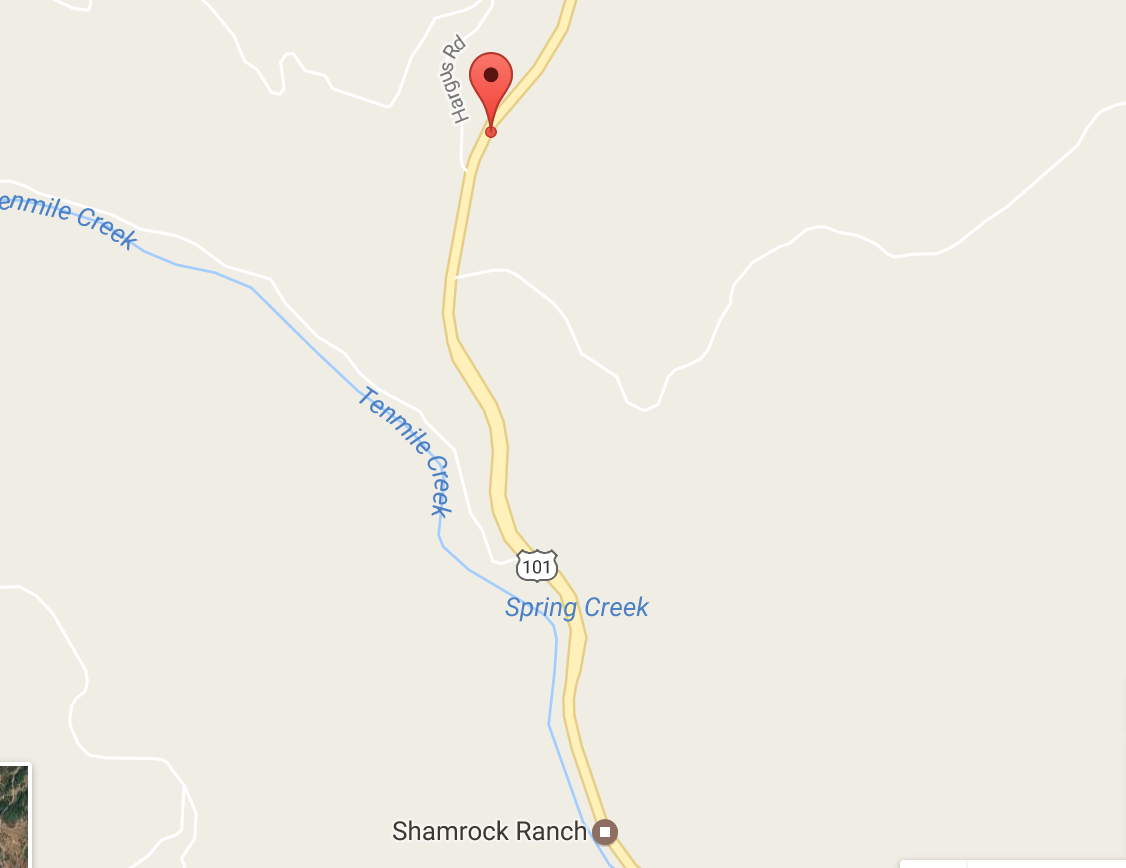 Head-on collision on Highway 101 near Laytonville.

UPDATE 4:15pm: CHP staff at the Garberville station confirmed that three people were transported to the hospital in Santa Rosa with injuries. CHP could not confirm at this time whether additional people were transported to Howard Hospital in Willits or to Ukiah Valley Medical Center. The roadway is now open but CHP officers are still on the scene.

3:35 pm: CHP is reporting the road is now open, and has changed the status of the incident to one involving major injuries.

3:20pm: Readers are reporting that traffic is beginning to move on the road, but is currently backed up almost to Black Oak Ranch. Caltrans was planning to open northbound lanes to traffic when the scene had been cleared enough to allow traffic to pass. No current information has been updated on the CHP incident page since 2:40pm.

3:01pm: The third helicopter has been cancelled and one person is being transported to Howard Hospital. Earlier scanner traffic indicates at least one other person was brought to Ukiah Valley Medical Center for treatment with trauma injuries.

2:55: Responders are still waiting for a third helicopter to arrive but people are being transported to medical care. Both southbound lanes and one northbound lane remain closed and traffic is stopped. At least one passenger in each vehicle required an extraction. More information will be updated as is becomes available.

2:40pm – Medical helicopter/”air ambulance” is currently landing. Caltrans is planning to re-open the northbound lanes but traffic is currently stopped to ensure all respondents can reach the area.

2:29PM: Both vehicles have major front end damage and several people are being transported via air ambulance to receive trauma care. A towing company is currently en route, but according to the scanner and incident report may be stuck in northbound traffic. The collision is in the general vicinity of Rattlesnake Mountain north of Laytonville, the vehicles are being reported as a white four door sedan and a grey Honda.

ORIGINAL POST: Scanner traffic indicates a head-on collision occurred on near the Hargus Lane intersection with Highway 101 north of Ten Mile Creek north of Laytonville, near mile marker 76.84, involving a white sedan and a grey Honda. The southbound lanes of Highway 101 are reported to be closed. Helicopters are currently en route to assist with extraction and possible injuries as well as CHP, medical responders, Laytonville Fire, Leggett Fire, rescue assistance from Willits, and the Sheriff’s Office. According to scannern traffic as of 2pm several patients are being transported to UVMC and other medical centers and dispatch is requesting a third air ambulance to the scene. The accident was first reported by CHP at 1:38pm.

Scanner traffic indicates there may be four patients requiring medical assistance. The incident report states several people may be unable to extract themselves from the vehicle. Some of the passengers may need to be transported to a trauma center. More information will be updated as it becomes available.

Here’s where the incident report puts the vehicle. 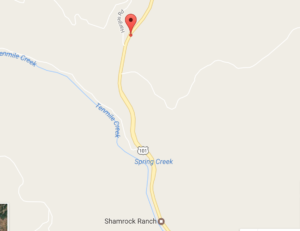 Head-on collision on Highway 101 near Laytonville.