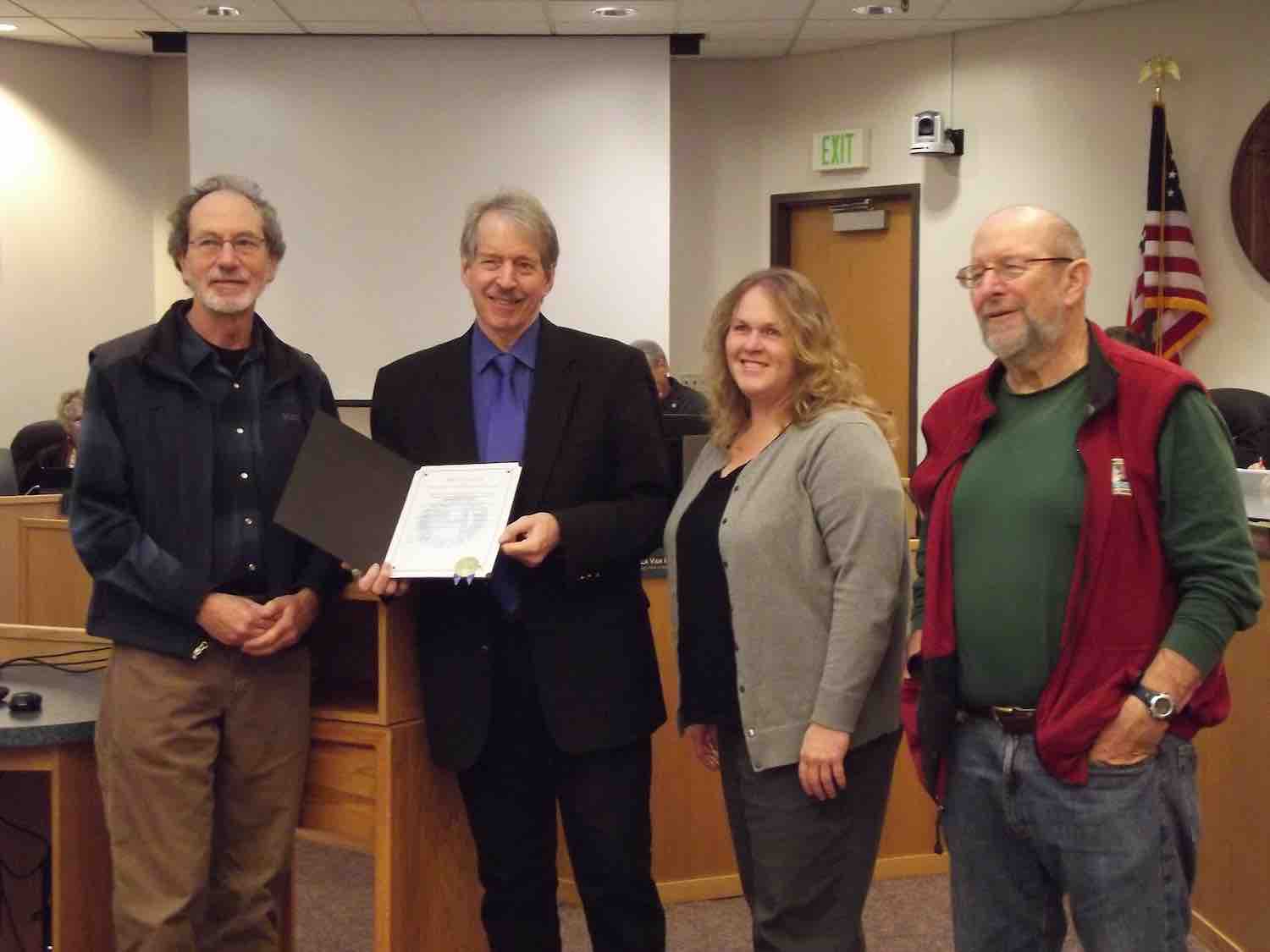 UKIAH – At its November 1, 2016 meeting, the Board of Supervisors stated its approval of a proclamation celebrating the passage of Measure A, and passed the library advisory board’s bylaws. They also heard a presentation on changes to the state building code, that would make it easier to permit accessory units on a property, if adopted by the county; and another presentation from AT&T on the possibility of broadband expansion. Third District Supervisor Tom Woodhouse continued his streak of absences, marking two months since he last appeared at a meeting.

A question about Woodhouse’s absence and recent arrest, posed by a reporter during public comment, prompted Supervisor John McCowen to respond, “Many people are asking those questions and this is something of an unprecedented situation for the county, but I am not aware of a role that the board has to play…I’m not aware of an action that the board could take or should take. Other than to say certainly that we all wish the best for Supervisor Woodhouse and his family, and I think that’s a sentiment we all share.” 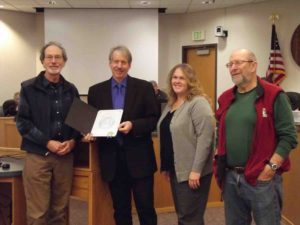 Measure A, a 16-year quarter-cent sales tax to be spent on libraries, was passed in November, 2011. Concerning the library tax, compliments were exchanged, with Fourth District Supervisor, Chair Dan Gjerde, offering the comment that, “The money’s been spent according to the wishes of the voters, and the library is successfully moving forward.”

In response to Supervisor McCowen’s observation, “How quickly time goes by,” library advisory board chair Marc Komer agreed that, “Eleven more years may go by and we’ll need to re-up our commitment to the library.”

Next, Debra Dawkins, staff services administrator for the Workforce Development Board of Mendocino County, gave a presentation on Mendocino county’s efforts to consolidate the local workforce development area with the regional Workforce Alliance of the North Bay, a regional workforce board for Marin, Napa, and Lake counties.

The county contributed $187,173 this year to administer the program in compliance with the federal Workforce Innovation and Employment Act (WIOA), which is designed to improve the local workforce. However, one of the items on a powerpoint slide titled “Reasons for the Consolidation” is, “WIOA’s cumbersome compliance work is currently the primary focus of administrative staff,” burdens which Dawkins hoped would be lightened by sharing them with other counties.

Her request to the board of supervisors was to authorize the chair of the Workforce Development Board to sign a letter officially requesting Mendocino County’s inclusion in the regional Workforce Alliance, and to commit the county to taking part in a joint powers authority (JPA), where two or more governmental entities can participate in a common goal, if that is something the Regional Workforce board agrees to do.

After much discussion on the protocol of boards and JPA’s, the Supervisors agreed unanimously to grant this request, with Woodhouse absent.

As of January 1, 2017, the county will have the option of adopting the state ordinance, which eliminates requirements for off-street parking and prohibits cities and counties from requiring separate sanitation hookup fees for ADUs. The high cost of hookup fees has often been cited as a deterrent to building affordable housing.

According to a memo that accompanied the agenda item, the City of Fort Bragg has bought pre-approved plans for ADUs, and Planning and Building Services Director Steve Dunnicliff wanted to know if the county was interested in securing the rights to these plans and offering them to county residents for free. However, Chief Planner Andy Gustavson asked the board for direction to “plumb the depths” of the language in the state ordinance, before deciding to adopt it for the county.

Chair Gjerde agreed that, “in the long run, we’d like staff to try to understand the nuances of this law,” adding that he looked forward to an update in a month or two.

The last presentation came from AT&T’s Vice President of External Affairs, Marc Blakeman, who reported to the board that AT&T had upgraded its network on the North Coast to prevent power outages.

In 2015, the company received $427 million from the federal Connect America Fund Phase II (CAF II), which it plans to use in 18 states, including 141,500 homes and small businesses in California. These funds are available to incumbent local exchange carriers (ILECs) that were providing local service in 1996, when the Telecommunications Act was passed. Service providers are required to fulfill certain obligations, like a speed of 10 megabits per second download, a 100 millisecond or less round trip, and continuing to provide voice service, at rates that compete with prices paid by urban consumers.

The Federal Communications Commission (FCC) analyzed census blocks to determine which areas had substandard service, and categorized them based on how much it would cost to build the infrastructure needed to rectify the situation.

Blakeman said that, in order to serve more homes, AT&T engineers had identified eight locations of existing AT&T cell sites, and 14 locations for new cell towers, all in Mendocino county. The new equipment, he said, would improve cell phone service as well as internet access.

But Trish Steel, chair of the Mendocino County Broadband Alliance, an advocacy group that tracks economic developments, especially around the issue of internet access, said that the census blocks AT&T was relying on are flawed, and that the number of households receiving substandard service is in the thousands. She also reminded the supervisors that AT&T is not required to use the CAF II funding in Mendocino county. She opined that public and private investments are still essential, reasoning that “economic development really depends on broadband.”

Fifth District Supervisor Dan Hamburg noted wryly that he pays $85 a month for spotty service that gets worse when it rains.