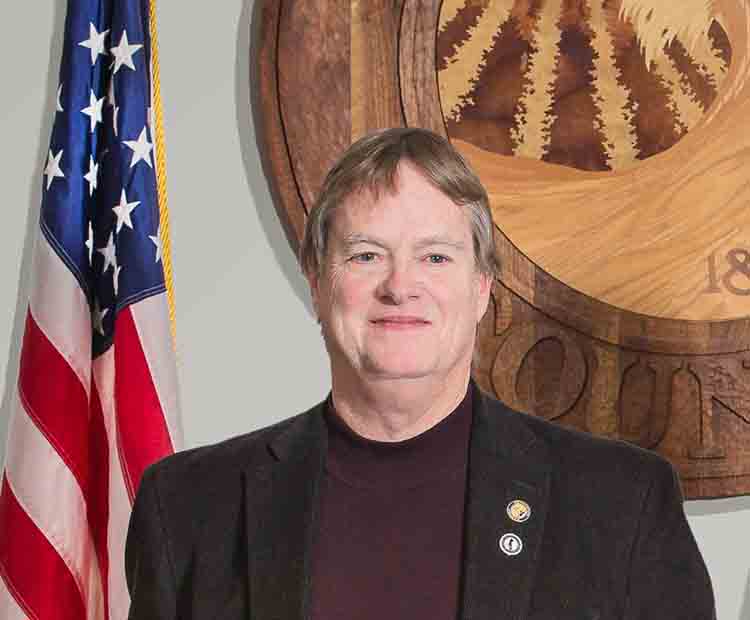 Third District Supervisor Tom Woodhouse from the Board of Supervisors photo

UKIAH — A petition by Third District Supervisor Tom Woodhouse’s wife, Carlyn Woodhouse, to place her husband in a temporary conservatorship was granted by the Mendocino Superior Court, at a hearing this morning, Friday, Nov. 18, 2016, according to publicly available court documents. She will act as his conservator, meaning that Supervisor Woodhouse has been deemed impaired by the court, and is unable to care for himself or his finances. 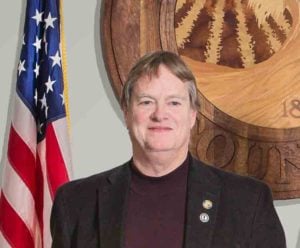 Third District Supervisor Tom Woodhouse from the Board of Supervisors photo

Supervisor Woodhouse has not attended a meeting of the board of supervisors since late August, and was arrested at his home on a charge of domestic battery and resisting arrest, on Oct. 28, 2016. The lawyer for Carlyn Woodhouse, Chris Neary, stated in court documents that he has been in contact with representatives of the board of supervisors. He added that the proceeding should be expedited because a delay could “result in actions against” Woodhouse.

The court granted additional rights to the conservator (Carlyn Woodhouse), which were enumerated in an attachment to the order. Most importantly to the operation of county government, the conservator was granted the right to resign the office of supervisor on Woodhouse’s behalf. The attachment stated: “Conservator is specifically authorized to resign Conservatee’s position as a Mendocino County Supervisor pursuant to Government code § 1550(d).”

The document additionally indicated that the conservator would have the ability to carry out legal proceedings concerning Supervisor Woodhouse’s “employment and disability.” Specifically the section states, “Conservator is authorized to employ legal counsel, and to commence, file and prosecute any claims, actions, suits, or other legal proceedings related to Conservatee’s employment and disability; to dismiss or otherwise discontinue the actions, suits, or proceedings; and to appear, answer, and defend in all actions, suits or proceedings that may be commenced against Conservatee.”

Neary also filed a “Declaration in support of ex parte application for good cause exceptions to notice of hearing on petition for appointment of temporary conservator.” Normally people being placed in conservatorship are given five days notice, Woodhouse was given only four. This declaration essentially says that the urgency of the situation demanded that Supervisor Woodhouse be given only four days notice of the court proceedings rather than usual five. In the declaration Neary states, “I have been in contact with representatives of the County of Mendocino with regard to the proposed Conservatee’s current position as a member of the Mendocino County Board of Supervisors.”

The hearing was scheduled today for 9:01am, in courtroom G of the Mendocino Superior Court, in Ukiah. Woodhouse was not present in the courtroom, but his wife was. Chris Neary, an attorney from Willits, represented Carlyn Woodhouse at the brief proceeding. Upon beginning Neary immediately asked that the hearing be closed, and the presiding judge, the Honorable Richard Henderson, ordered the court cleared. The proceeding lasted about five minutes. Afterwards both Neary and Carlyn Woodhouse declined to comment on the outcome, except to say that, according to Neary, a statement would be issued “sometime next week…probably Monday or Tuesday.”

The precise whereabouts of Woodhouse are unclear, but court documents state that Neary’s office contacted Woodhouse to inform him of the preceding, “by faxing a letter notice to him, care of his social worker, at his current location.” The letter was sent to a mental health facility in Sacramento.

Though the conservatorship granted is a temporary one, that will expire on Dec. 2, 2016, the court also granted a continuation of the hearing, scheduled for that same day, to rule again on the issue. The petitions were filed “ex parte,” a legal term meaning that they were filed without the person in question being present.

It is unclear what would happen if Woodhouse is not resigned by his conservator. California state law provides for a county supervisor to be removed if they are absent from their duties for more than three months. However, an exception is made for health problems, including mental health problems. A source in county government indicated that Woodhouse had at some point provided the county with a doctor’s note, and that further doctor’s notices could be repeatedly issued.

Given the allowance for a medical leave it is unclear whether Woodhouse could serve out the rest of his term without attending meetings. Queries to people in the county and state governments have revealed two other avenues for filling the absence: a recall election, and a legal action known as a “quo warranto.”

The quo warranto was a originally an ancient writ under the English Common Law, that was codified into California law. According to the California Attorney General’s web page it provides a legal mechanism to “resolve a dispute over whether a specific person has the legal right to hold the public office that he or she occupies.” The webpage clarifies, “Quo warranto is used to test a person’s legal right to hold an office, not to evaluate the person’s performance in the office.”

Only the attorney general of California can initiate a quo warranto, or authorize a public agency to file for itself. The AG’s website explains, “In order to obtain the Attorney General’s approval, a private person or local agency must file an application pursuant to the rules and regulations issued by the Attorney General.”

Woodhouse continues to be paid a salary by the county and have his health insurance covered by the county. All supervisors receive the same base pay of $61,200, but their total compensation varies according primarily to the amount of benefits they receive, especially health insurance. According to Mendocino County Assistant CEO Alan Flora the projected salaries in the current budget for fiscal year 2016-2016 are:

Supervisor McCowen: Total Salary and Benefits – $100,831
Flora noted that there are a “few other smaller value benefits that are provided to Board members,”  such as a county cellphone.
Here’s our previous coverage of Woodhouse’s absence.

14 thoughts on “Supervisor Woodhouse placed in conservatorship, court authorizes his wife to resign for him”