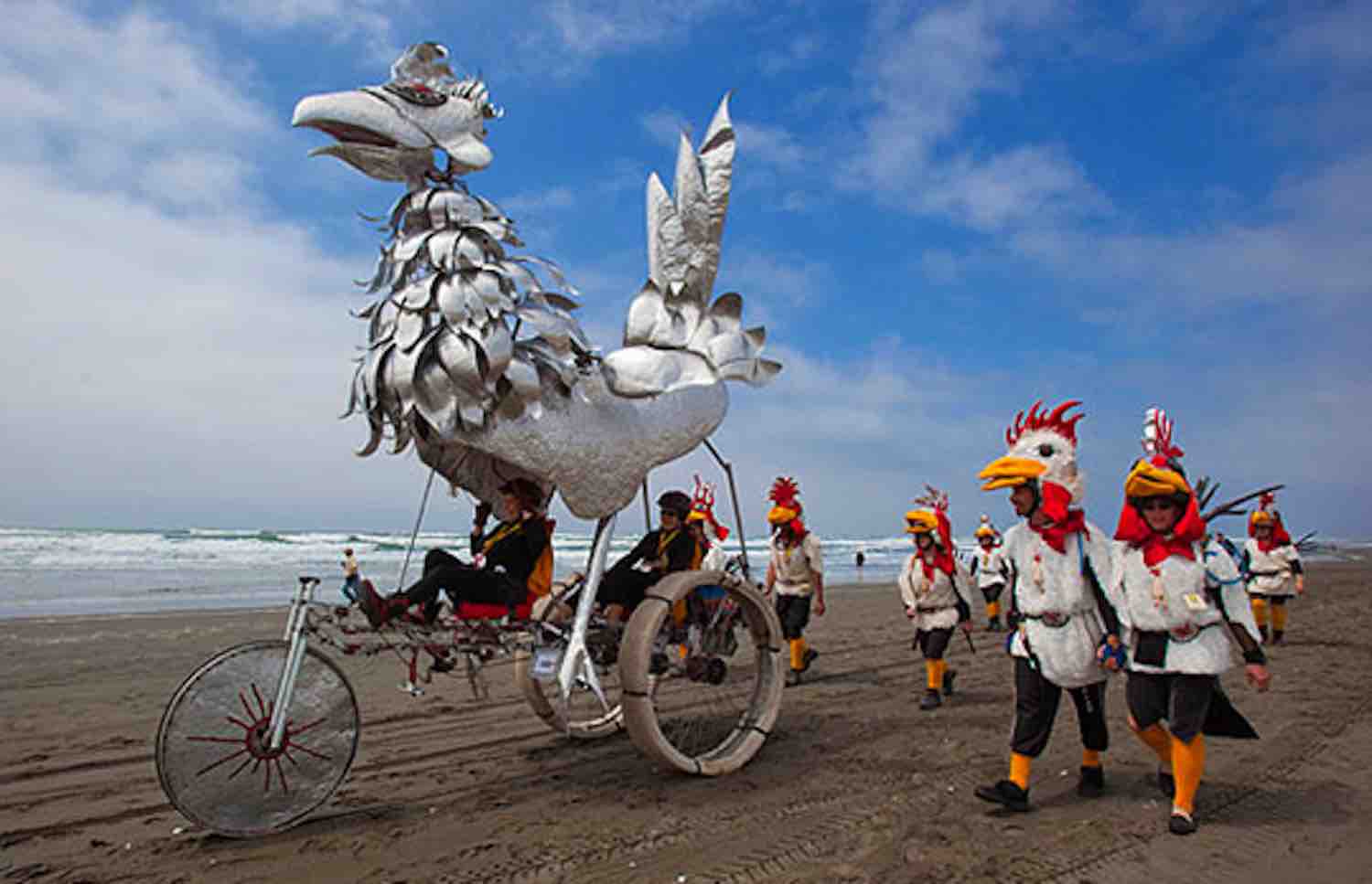 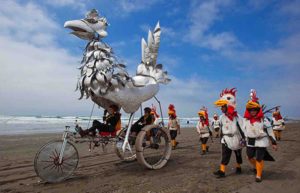 UKIAH — Lush Newton will have a reception for her work in the art gallery at Mendocino College on November 3, from 4pm-6pm.

Newton, who has worked for Hallmark and Disney, also worked under June Moxon on the prize-winning Kinetic Chicken. “It was all her vision,” Newton said. “I merely did what I was told.”* 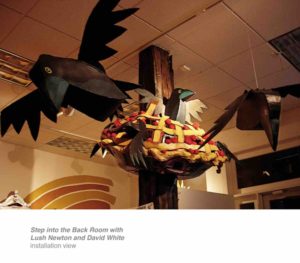 Newton works largely with recycled materials, especially cardboard. She has fashioned giant hams, blackbirds circling a pie, and a giant polka-dot pony out of what people who write about art call “mixed media,” when we are stumped and confused by something we have never seen before. 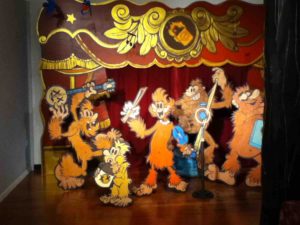 Her installation at the college is called “Travelin’ Dave presents the Big Foot Family Band,” and features a tribe of joyful hairy-footed monsters doing something they appear to love. Newton’s inspirations include Hee Haw, Wonder Woman, Egon Schiele, and Ethel Merman. She graduated from the Kansas City Art Institute in 1997 with a Bachelor’s of Fine Arts.* 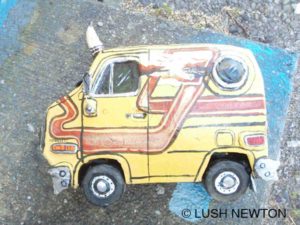 Newton’s art will be on display from November 3 through December 8. Gallery hours are Tuesday, Wednesday, and Thursday from 12:30pm-3:30pm or by special appointment. The gallery is in the Center for Visual and Performing Arts, at 1000 Hensley Creek Road in Ukiah.

*This article has been updated with details about Newton’s role in the making of the Kinetic Chicken. A previous version of this article stated inaccurately that Newton has a BA, when in fact she has a BFA.