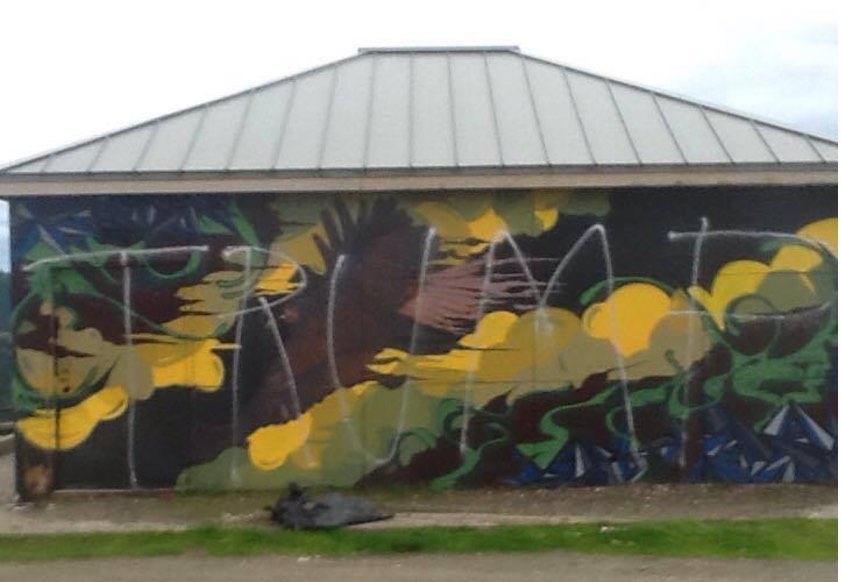 A photo of the defaced Bell Springs mural provided by Andrew Thomson on Redheaded Blackbelt. 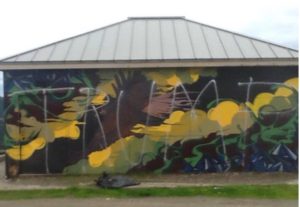 A photo of the defaced Bell Springs mural provided by Andrew Thomson on Redheaded Blackbelt.

BELL SPRINGS, Nov. 26 — One of the landmark sights along Bell Spring Road near the junction of Island Mountain Road is a mural-covered cinderblock building. There, passerbys can catch a glimpse of a local artist’s work, and what one neighbor neighbor describes as a symbol of neighborhood unity between “hicks” and “hippies.”

Kym Kemp, of our sister site Redheaded Blackbelt, reports on Nov. 18 that the mural was recently defaced with graffiti reading “TRUMP” in large letters. Kemp spoke with local resident Andrew Thomson, who described the mural’s origins and noted he’s organizing to restore the mural. Kemp writes:

Thomson said the mural was symbol of two diverse communities within the Emerald Triangle learning to work together to change something ugly to something beloved. “A few years ago the artist and the rancher came together to solve a community problem with beauty and art,” he explained. “Today someone decided to attack that symbol of peace and unity with Trump.”

“[T]his is an attack on the whole neighborhood including [T]rump voters,” said Thomson, “and I object to that, as I hope everyone will right, left and center.”

See the whole story and photos of the mural in Kemp’s report. If you’d like to help with the mural repairs, Thomson’s contact is included in her article.