From the Mendocino County Sheriff’s Office: 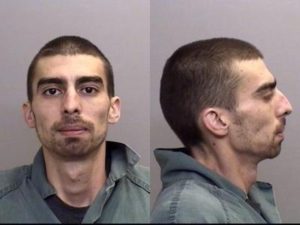 Synopsis: On 10-04-2016 at approximately 6:40 P.M. Mendocino County Sheriff Deputies were dispatched to the 31000 Block of Timberline Road in Willits, CA, regarding a burglary in progress.

Deputies arrived in the area and learned that the suspect (Gary Martin) had barricaded himself inside of a residence. They also received information from the California Highway Patrol that they believed Martin was responsible for brandishing a handgun along the Highway earlier in the day.

Martin was arrested for Resisting Or Threatening An Officer, Burglary and Felony Vandalism.

Martin was booked into the Mendocino County Jail where he is being held on $50,000.00 bail
Approved by: Lt. Kirk R Mason