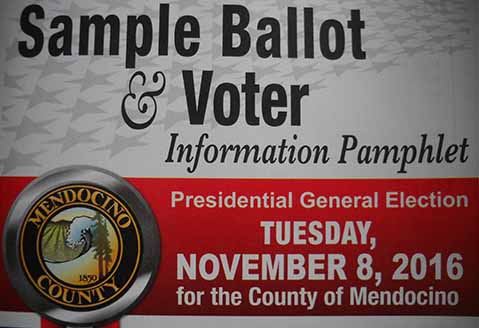 Voters will consider raising taxes for a mental health facility. 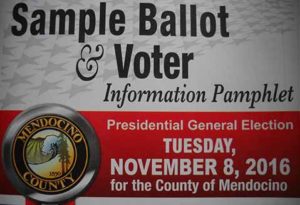 Voters will consider raising taxes for a mental health facility.

An eclectic assemblage of cannabis insiders, corrections medicine providers, and regular political and philanthropic donors have contributed $23,787.78 in money and services to the campaign to pass Measure AG, the citizen initiative to add a half-cent to the county sales tax for the purpose of developing a mental health facility. The initiative was spearheaded by Sheriff Tom Allman, and he continues to be the main force behind the measure, but an official political committee has been formed to run the campaign and accept donations. No organization has been formed to oppose the initiative, and no argument against it appears in the sample ballot and voter information pamphlet.

The official campaign in favor of Measure AG is being conducted by Revive Mental Health Services, a general purpose committee that qualified as such on February 1. This kind of committee exists to receive or make political contributions, and is required to file regular reports about those contributions. The positions of Treasurer and Principal Officer are both occupied by Barbara Newell, of Potter Valley. There do not appear to be any other members of the committee. The committee’s official address is the same as Performance Coating’s, a business owned by Newell.

Four of the nine contributions are from individuals or organizations outside the county, though one of those does have a business in Hopland. Six of the donations are in amounts of $1,000 or more. Eight of the contributions are financial, and one is the purchase of ads.

According to papers filed by Revive Mental Health Services, the largest donation to the campaign is $5,500 from Robert J. Forest, of Mendocino Jams and Jellies. Forest gave $10,000 to David Eyster’s 2010 campaign for District Attorney, a donation which then-incumbent District Attorney Meredith Lintott implied was an attempt at undue influence. Forest sued Lintott for defamation in 2011. The case was settled with Lintott airing public apologies to Forest in radio ads, purchased at her own expense.

Identical donations of $5,000 were contributed by CannaCraft Inc., a Santa Rosa based company that distributes cannabis products, and California Forensic Medical Group, which provides medical services to inmates at the jail.

According to Justin Calvino, who has been active in the pro-Measure AF campaign (also known as the Heritage Initiative, another citizen-sponsored ballot measure) and efforts to create an appellation map of Mendocino County cannabis growing regions, members of the industry were interested in “doing something to bridge the gap between law enforcement and the cannabis community.” He reported that he and Tim Blake, founder of the Emerald Cup, approached Sheriff Allman to ask how they could help him in his efforts to establish a mental health facility, but that Calvino himself was not present when the decision to contribute the specific amount was made. Calvino emphasized that, aside from his friendship with Blake, Calvino has no connection to CannaCraft, and that CannaCraft has not made any contribution to the campaign for Measure AF, which proposes to regulate the cannabis industry in Mendocino County.

California Forensic Medical Group (CFMG), which also made a $5,000 donation to the campaign, is based in Monterey and has contracts to provide medical services to inmates in 27 California counties. It is a subsidiary of Correctional Medical Group Companies, which is headquartered in San Diego. The company began expanding into the Southwest in 2014 and now has six locations in Texas, Arkansas, and New Mexico. According to the company’s CEO Kip Hallman, whose bio declares him responsible for “expanding CMGC’s business into additional markets,” the company “became aware of what [Allman] was doing, and said, as a group, this is something we should support…We think Mendocino is very forward-looking in doing this,” he said in an interview. Asked if he believed the company could anticipate providing medical services at the proposed mental health facility, he said he had not been asked to do so.

Another donor is the Griggs Family Trust in Willits, which gave $4,800 to the effort to develop the facility. Mike and Diane Griggs are the founders of Sparetime Supply in Willits, and noted local philanthropists. In 2008 they donated $10,000 both to the Little Lake Fire Department and to the Frank R. Howard Hospital Foundation. In 2011, Sparetime Supply donated a large greenhouse kit to Commonwealth Gardens, the Frank R. Howard Foundation’s organic garden.

Barbara Newell, who is the treasurer of Revive Mental Health Services and the CEO of Performance Coatings Inc. in Ukiah, contributed $1,500 to the campaign. Her business paid $272.78 for newspaper announcements. Newell, a long-time supporter of Sheriff Allman, made a large donation to his campaign for sheriff in 2006.

Mario and Danelle Rosati of Atherton, California, donated $1,000. The Rosatis, of the Rosati Family Winery, are proprietors of the Russian Cove Ranch in Hopland. Mr. Rosati is a partner at the law firm Wilson Sonsini Goodrich and Rosati in Palo Alto. Mrs. Rosati is the founder of Storm and Company, a high-tech executive recruiting firm in Menlo Park.