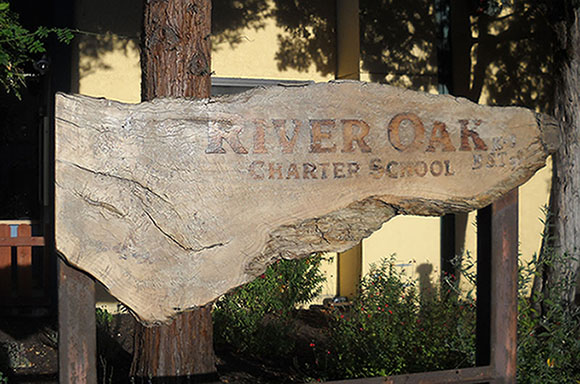 The student body in Mendocino County is not vaccinated at a rate which scientists believe is sufficient to preserve community immunity, according to a 2015-2016 kindergarten summary report released by the Immunization Branch of the California Department of Public Health. Statewide, 92.8% of students at schools with kindergartners meet all vaccine requirements, while in Mendocino County, only 81.5% of this student body are up to date on all their shots. According to the federal Center for Disease Control and Prevention (CDC), community immunity, until recently referred to as “herd immunity,” is best preserved when  80-94% of the population is vaccinated, depending on the disease. In Mendocino, 7.1% of elementary school students claim a Personal Belief Exemption (PBE) from vaccine requirements, significantly higher than the state average of 2.4%.

Under SB 277, a vaccination law that went into effect on July 1, no new PBEs from vaccinations will be accepted. Students are subject to exclusion from school, child care facilities, or developmental centers if the governing authority of the school has reason to believe the child has been exposed to one of the diseases against which students are required to be immunized. Pupils who are homeschooled, who qualify for individualized educational programs, or do not receive classroom-based education, may still be exempt from vaccine requirements. Pupils who filed for a PBE before January 1, 2016, will be allowed to finish their grade span without shots.

Across the state, private schools are less likely to report their data and are more likely to have high numbers of students attending classes without their shots as a result of a PBE. However, in Mendocino County, many private schools have high numbers of fully vaccinated students, while public charter schools report that, sometimes, up to two-thirds of the student body have a personal belief exemption PBE) from new vaccine requirements.

Another state trend is that private schools were less likely to comply with requirements to submit reports on students’ immunization status. Although private schools accounted for a little over a quarter (27%) of the state’s kindergartners, they accounted for almost three-quarters (73%) of those that failed to provide information on their students’ shots in the state.

In Mendocino County, all private schools reported their data. ShotsforSchool.org, a California Department of Public Health (CDPH) map that offers information about the vaccination rates at each school, reports that six out of six private schools in 2015-2016 reported on their immunizations. On the other hand, Blosser Elementary in Willits was the only public school listed as failing to do so.

A CDPH spokesman said in an email that “schools that do not report are subject to auditing of immunization records and potential loss of funding if students attended classes while out of compliance with immunization requirements.” Auditing procedures are carried out by the State Controller’s Office and can be taken to the Education Audit Appeals Panel.

In Mendocino County, private schools often had lower rates of PBE’s than public schools. St. Mary of the Angels and Ukiah Junior Academy Middle School, both private religious schools in Ukiah, reported 100 percent of the student body as fully up to date on all shots, with no PBEs. In the public school system, Potter Valley Jr. High also reported 100 percent of students fully up to date on shots.

Schools with fewer than ten kindergartners or ten seventh-graders, the grades when children are required to get shots, will not appear on ShotsforSchool.org. Comptche and Albion, two one-room schoolhouses in Mendocino Unified, do not appear on the map. Leggett Valley Unified and Manchester do not appear, with their small populations, but neither do Spy Rock Elementary, Sherwood Elementary, or most of the schools in Ft. Bragg Unified.

Waldorf Elementary in Ukiah had the highest rate of PBEs, at 65.2% — meaning two-thirds of their students had not been fully vaccinated — followed by the private Buddhist school, Instilling Goodness Middle School in Talmage, at 52.6%. River Oak Charter in Ukiah had 35.7% PBEs, just slightly ahead of Tree of Life Charter, also in Ukiah, with 33.3%.

Schools that came in just over nine percent PBEs were Instilling Goodness Elementary, at 9.1%, and Brookside Elementary in Willits, at 9.3%.

In 2012, state law AB 2109 began to address the matter of PBEs. This bill allowed for exemptions but required rigorous documentation, including a letter from a physician, attesting that parents who declined to vaccinate their children had received information about the benefits and risks of immunization and the risks of communicable disease. To obtain a PBE under AB 2109, parents were also required to specify which of the required shots were contrary to their beliefs.

Very little data is available yet on the effects of SB 277, though a few patterns have emerged in the years since the rollout of AB 2109, particularly the discrepancy between vaccination practices at public and private schools. It also appears that scrutiny, coupled with awareness of disease, encourages compliance with vaccine requirements.

The most dramatic change occurred last year, when the percentage of students with PBEs dropped by 19% from the year before. Previously, the numbers had been rising each year, though public schools consistently reported lower rates of this exemption than private ones.

A 2015-2016 report from CDPH contains the speculation that the measles outbreak that spread across 12 counties in California, six other states in the U.S. and two other countries in December, 2014, may have contributed to higher rates of vaccinations. In addition, last year the CDPH worked with local health departments to educate school staff on the criteria for admitting students who claimed exemptions. Schools also learned that financial auditors would be scrutinizing the attendance reimbursements for schools with high numbers of students who were conditionally admitted with exemptions from vaccines. Only 10 percent of schools had been following the admissions guidelines correctly, and a pilot program with schools in Alameda County showed a marked rate of improvement in the county after staff was properly trained in admissions procedures.