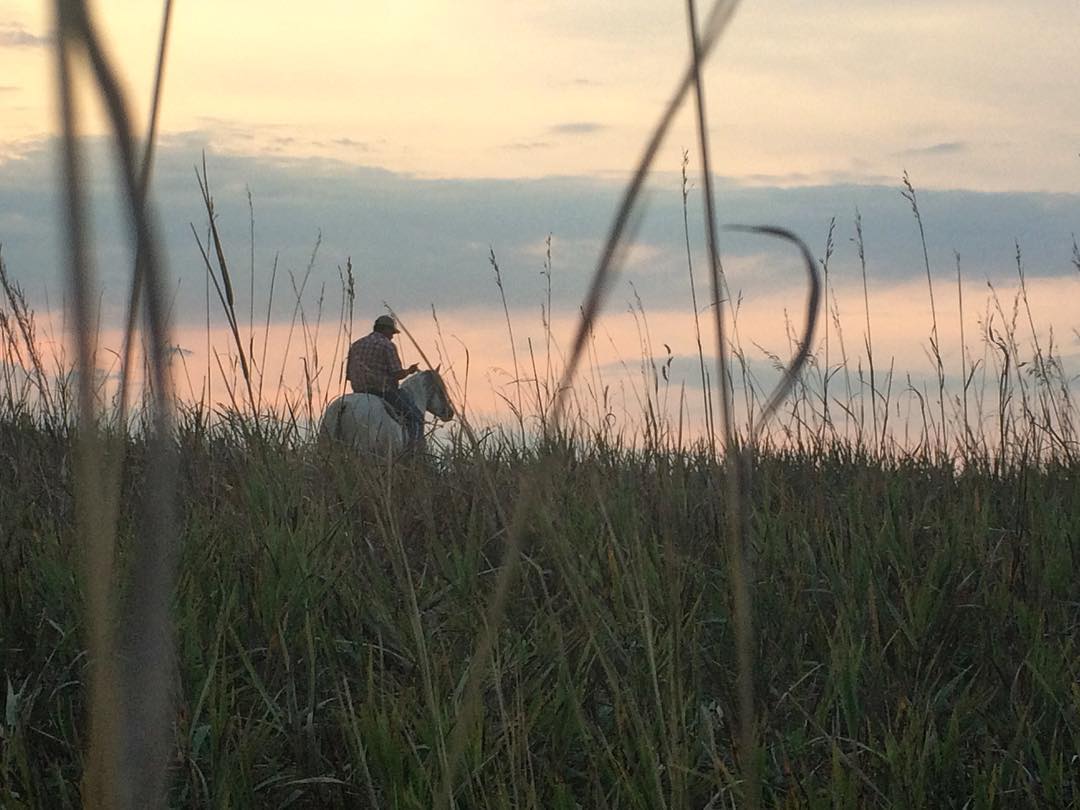 A picture of a protestor in Standing Rock Sioux territory by Sara Lafleur-Vetter.

A Mendocino caravan will head to join the action being mounted by the Standing Rock Sioux tribe and stay at the prayer camps to protest the Dakota Access Pipeline. A send-off ceremony to honor the caravan is planned for Ukiah on Tuesday morning, and the group is seeking both financial and material donations for the trip and those in the camp. 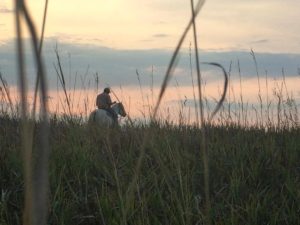 The proposed 1168 mile pipeline, a project of Energy Transfer Partners, would carry oil from the Bakken oil fields in North Dakota to Illinois, where it would connect with pipelines running south.

People have been protesting since April on the Sioux reservation, with numbers now reaching into the thousands. The protests have been extensively covered in the international news media and have drawn support from around the country.

The tribe filed for an injunction to halt construction of the pipeline, claiming they were not adequately consulted before the project’s approval. A federal ruling is expected on the request on Sept. 9.

A September 3 press release from the tribe states that “sacred places containing burial sites, places of prayer, and other significant cultural artifacts were destroyed Saturday by Energy Transfer Partners” as construction crews removed topsoil from an area 150 foot wide and two miles long northwest of the confluence of the Missouri and Cannonball Rivers. More information can be found at www.standingrock.org.

The Mendocino caravan expects to reach South Dakota in time for the ruling. The send-off ceremony will be held on the steps of the Ukiah courthouse from 9:30a.m. – 10:30a.m., at 100 North State Street. The caravan includes Sienna Rose Alexander, a member of the Northern Cheyenne tribe and recent transplant to Willits, whose letter can be found on the group’s fundraising page.

She writes: “I grew up with the teachings that water and women are of the same spirits and have the ability to give life. We have to protect our Mother Earth and our water. I can feel the energy coming from Standing Rock and wish to be there with my relatives. Nations of all four colors have reached out with their support for the efforts against the Dakota Access Pipeline. It is a scary, yet powerful time for all of us.”

Financial donations for the local caravan can be made at here.

Donations can also be made directly to the tribe.

Questions about local donations for those who cannot attend on Tuesday should contact Sandy Turner [email protected] or (707) 235-9080.