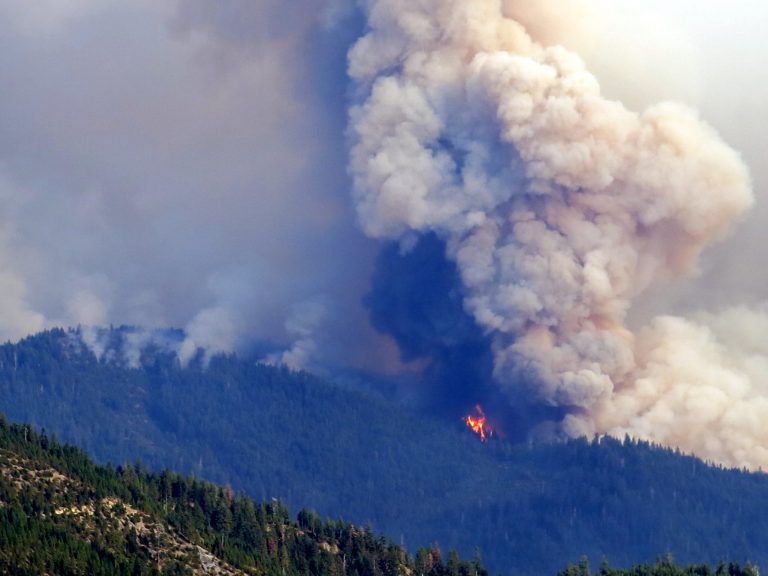 Photo from KymKemp.com from earlier in the week, taken by Will Harling. 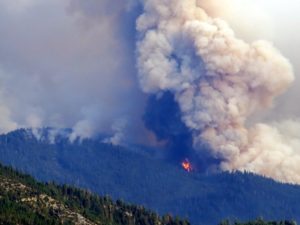 Gap Fire photo from KymKemp.com from earlier in the week, taken by Will Harling.

Smoke from the Gap Fire reached northern inland Mendocino County yesterday; the fire has caused evacuations on both sides of Highway 36 as well as road closures. Voice Smoke was seen near the intersection of Highway 162 and 101 and northward towards Leggett, including in Laytonville and throughout the Long Valley.

As of 6 a.m. today the Forest Service InciWeb site reported the blaze is about 25% contained and has reached almost 23,900 acres.

Kym Kemp of Redheaded Blackbelt has been providing great coverage of the fire as it spreads, including regularly updated maps that show more detail than the Forest Service page. The Mendocino Voice is pleased to be partnering with Kym Kemp during our start up phase, we encourage you to check out her site.

Get more information on her site at the links below: