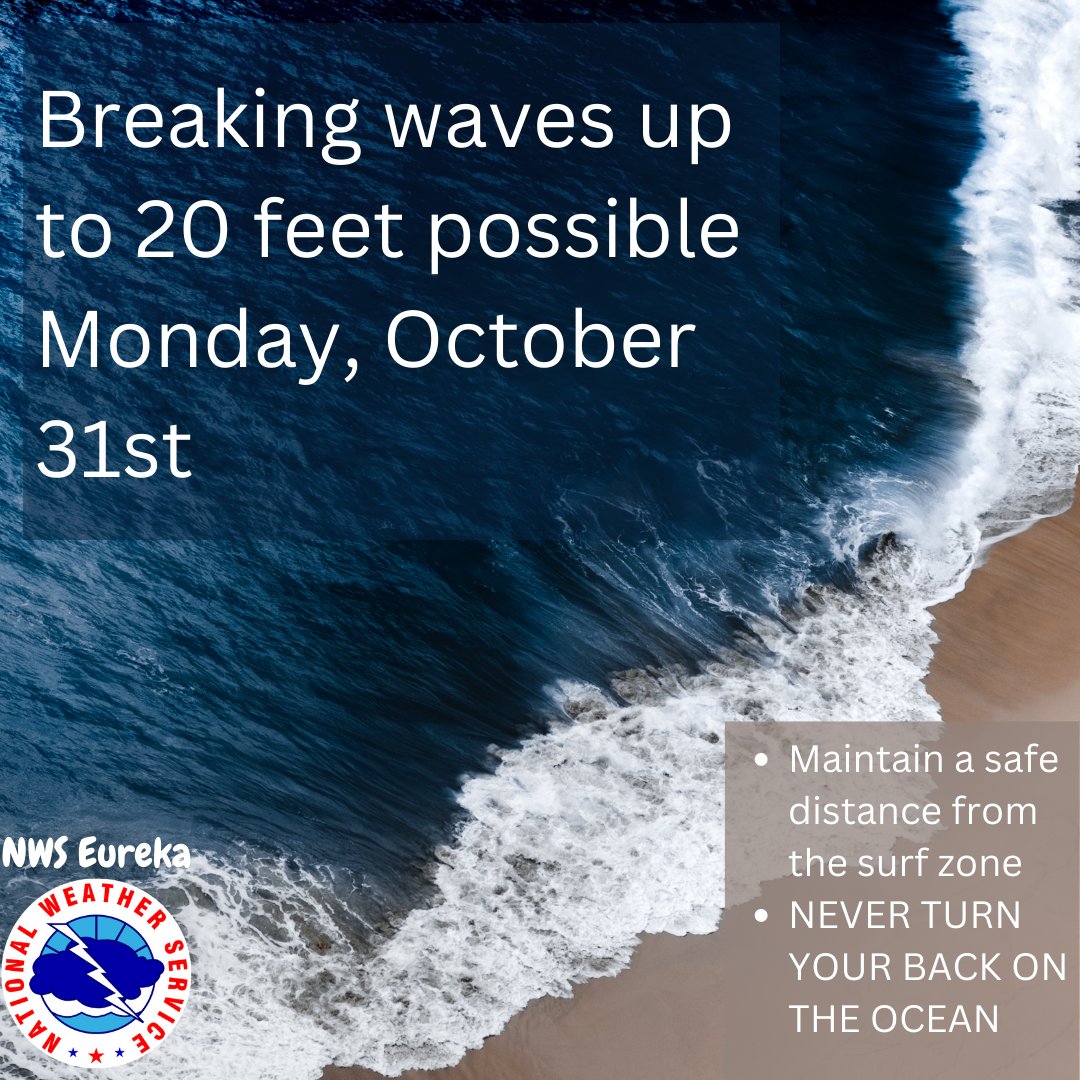 MENDOCINO Co., 10/30/22 — A cold front is expected to bring light rain to Fort Bragg, Willits and Ukiah on Monday, Oct. 31, according to a forecast from the National Weather Service in Eureka. Big surf and sneaker waves are expected to arrive Sunday night and remain hazardous on Halloween, so beachgoers are urged to be cautious about holiday festivities near the ocean.

Waves will be breaking at 15 to 20 feet, and this is the first big surf event of the season, Boushey said, so the slope of beaches in the region may increase risks associated with high water rushing up onto sand, cliffs and jetties, etc. Those attempting to watch the surf should do so from a safe distance and avoid turning their backs on the ocean.

Trick-or-treaters, and anyone attending a Halloween party outdoors, may wish to know the sun will set around 6:15 p.m. It will be dark by 6:45 p.m., and rain is expected to arrive in Fort Bragg, Ukiah and Clearlake by 9 p.m. Temperatures on the coast will range from the high 50s Monday afternoon to the mid-40s Monday night. Inland temperatures will range from the mid-70s to the low 40s.

Air quality in the area has been rated as moderate by the Mendocino Air Quality Management District, due in part to prescribed burns in the Jackson Demonstration State Forest. People with difficulty breathing or heart conditions may wish to limit exposure by staying indoors with the windows closed or wearing an N95 mask to limit smoke inhalation. It is still fire season, according to the district’s website, but as of Sunday afternoon there were no major wildfires reported in the region.

State Senator Mike McGuire, who represents Senate District 2 (the North Coast), said in a Tweet on Saturday that smoke associated with these prescribed burns had been reported in the North Bay counties of Marin and Sonoma.