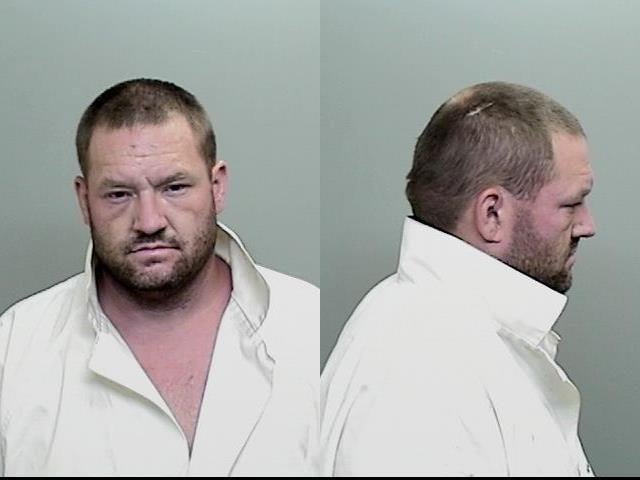 Shayne Tyler Wrede was booked into the Mendocino County Jail on Aug. 26, 2022, on suspicion of second-degree murder. Wrede is also facing voluntary manslaughter charges in the 2020 death of Mark Jason Hutchinson.

UKIAH, 9/2/22 — A man accused of two different homicides in Mendocino County was taken into custody by Sacramento area law enforcement last week on Aug. 25. Shayne Tyler Wrede, 37, was booked into the Mendocino County Jail on suspicion of murder around 3 a.m. the following morning and is currently being held on $925,000 bail.

Most recently, Wrede was charged in the shooting death of Daniel Shealor on Aug. 12. Shealor, a 52-year-old resident of Fort Bragg, was fatally shot and brought to Adventist Health Mendocino Coast. Sheriff’s deputies suspect the shooting occurred in the 31000 block of Highway 20, roughly four miles east of Fort Bragg city limits. Details about the crime have not yet been released.

At the time of Shealor’s death, Wrede was already on bail and facing voluntary manslaughter charges in the death of 48-year-old motorcyclist Mark Jason Hutchinson in Caspar Dec. 24, 2020. Investigators alleged Wrede chased Hutchinson down in a pickup truck and struck the motorcyclist.

Wrede failed to appear for a court hearing in the Hutchinson case Aug. 16, resulting in a bench warrant for his arrest. Court records indicate his attorney said he was unable to make it due to car trouble. The U.S. Marshals Service, whose agents and task forces specialize in fugitive apprehension, spotted Wrede in the 3800 block of Roseville Road in Sacramento near Interstate Highway 80. Wrede fled before he could be taken into custody, but was found and arrested nearby with assistance from a SWAT team from the Sacramento County Sheriff’s Office and other nearby police agencies.

Court records indicate Wrede is scheduled to appear at 9 a.m. Tuesday, Sept. 13, to enter a plea in charges related to the Shealor homicide and set a jury trial date in the Hutchinson homicide case. He is being represented by the Mendocino County Public Defender.

Statements from MCSO indicate deputies and detectives first began investigating Shealor’s fatal shooting on Aug. 12, but did not notify the public about the violent crime for 17 days.

Capt. Greg Van Patten, whose responsibilities include acting as the sheriff’s public information officer, wrote in an email to The Voice that “the timeliness of the release was delayed because of other first responder situations that have been occurring in the county coupled with the diminished amount of available resources the Sheriff’s Office has currently.”

From Aug. 12 to Aug. 29, MCSO personnel issued three press releases prior to acknowledging Shealor’s killing. Those statements publicized the seizure of 10 pounds of marijuana, an armed robbery in Covelo and the arrest of a man allegedly found with drugs and a handgun in his vehicle near Willits.