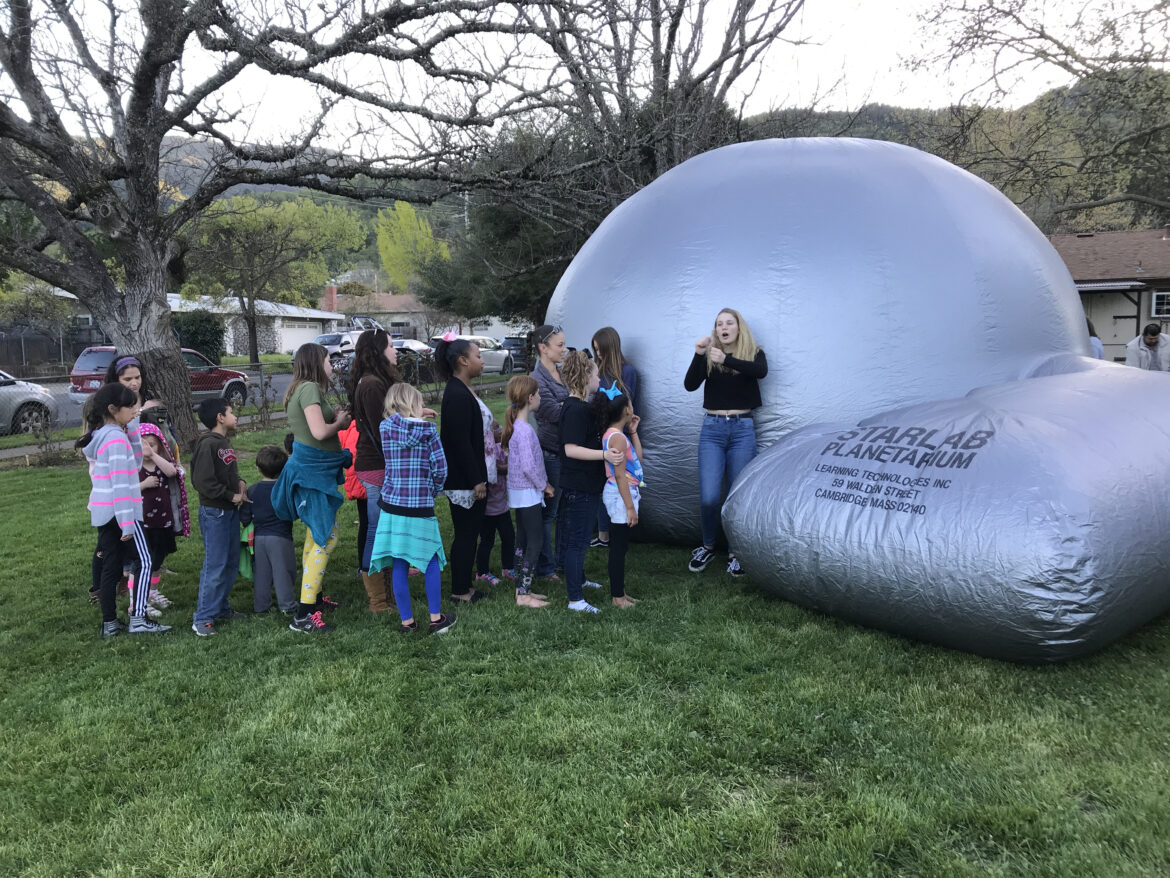 The Ukiah Latitude Observatory relaunch will have a portable planetarium provided by a NASA representative.

A ribbon cutting will be held Friday, Aug. 12 to celebrate the relaunch of the Ukiah Latitude Observatory, one of five observatories in the world built to measure the Earth’s “wobble.”

The relaunch of the Ukiah Latitude Observatory will feature new exhibits in the park’s history observatory and office. The interactive exhibits will explain the Earth’s “wobble.” or the variation in latitude that occurs as a result of the “wobble” of the Earth on its polar axis. Visitors will be able to explore the original telescope and sidereal clock observers used.

Visitors will also have the opportunity to participate in a 20-minute constellation program inside a portable planetarium provided by a NASA ambassador. A telescope will be available to look at celestial objects and Tim Beck, a Mendocino College professor who works with students to track meteors as part of an international project, will be in attendance to talk about his work.

The Ukiah Latitude Observatory is one of five latitude observatories around the world that were placed along the parallel of 39 degrees north latitude. Scientists who used the Ukiah Latitude Observatory starting in 1899, along with scientists at latitude observatories in Gaithersburg, Maryland; Carloforte, Italy; Kitab, Uzbekistan; and Mizusawa, Japan collected data that has been applied to studies of polar motion, climatology, satellite tracking, and GPS developments. The observatories were rendered obsolete in 1982 due to advances in computer technology.