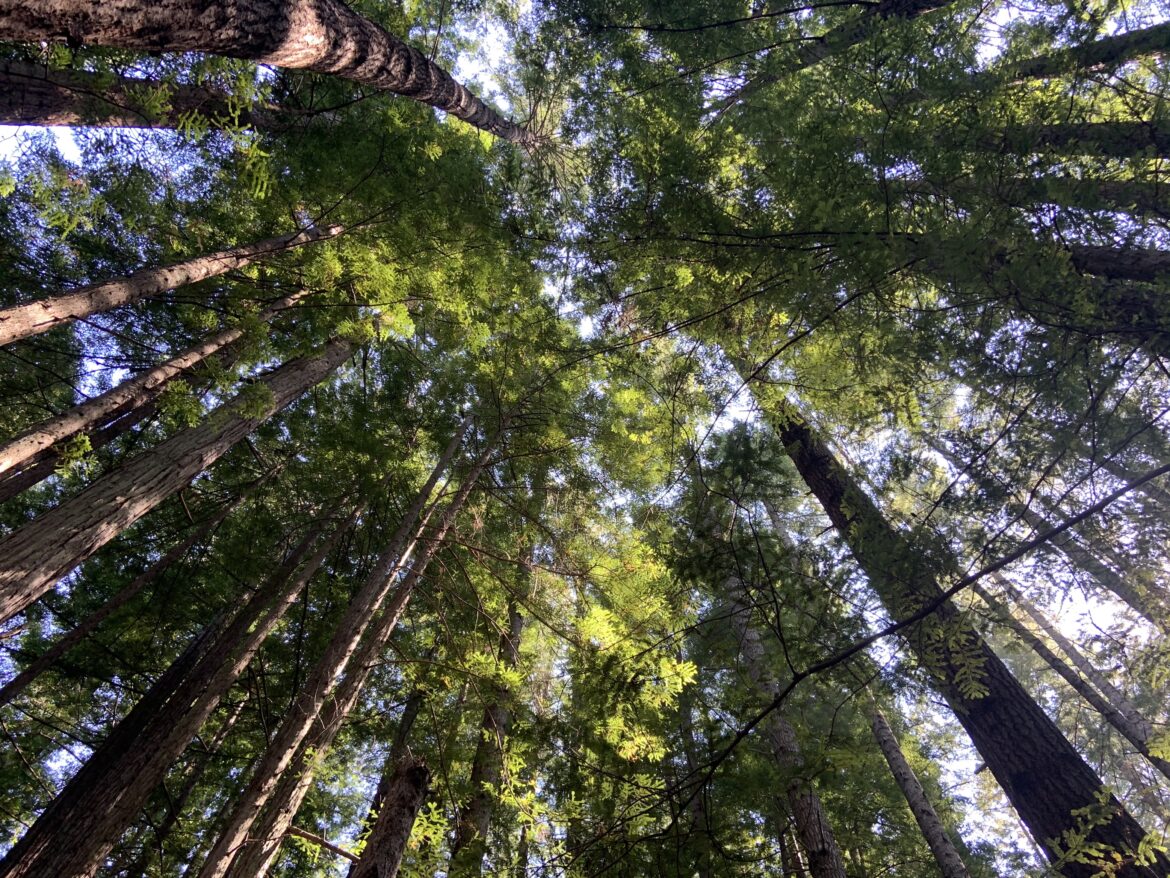 MENDOCINO Co., 8/25/22 — After an eight-month pause in logging operations which Cal Fire representatives say was full of discussion with stakeholders including local tribes, work on existing timber harvest plans (THPs) in Jackson Demonstration State Forest (JDSF) will resume as early as this week and continue throughout the year. But according to a news release, tribal leaders and activists say this decision could jeopardize future tribal co-management plans for the forest.

The news that logging will resume comes immediately on the heels of a landmark announcement on ahead-of-schedule revisions to the JDSF management plan made last week, in which officials said they hoped Mendocino County’s redwood forest will provide a model for tribal co-management. Discussions around a co-management vision have been underway with the Sherwood Valley Band of Pomo Indians and the Coyote Valley Band of Pomo Indians, as detailed during Friday’s meeting of the JDSF Advisory Group.

But key tribal leaders are unhappy with the decision to resume work on THPs — and said they were not told about the decision in advance of Cal Fire’s announcement, according to a news release today from the advocacy group the Save Jackson Coalition.

“The state did not even bother to notify the tribe beforehand,” said Michael Hunter, chair of the Coyote Valley Band of Pomo Indians. “The state wants to continue logging our Pomo Homeland — the Jackson Demonstration State Forest — while negotiating a co-management agreement with the Coyote Valley Tribe. This makes me question the state’s seriousness about co-managing ancestral lands.”

He added, “The state still does not understand that there is a difference between co-management and tribal consultation. Tribes must not be relegated to an advisory role in managing their ancestral lands. For co-management to succeed, it must be a government to government relationship that creates equal decision making powers.”

In announcing the resumed timber operations, Cal Fire said the new JDSF management plan’s renewed focus on furthering fire resiliency and restoration ecology will inform current THP work. Timber operations on previously-approved and -contracted THPs will have modifications, which include:

Coalition members argue that these new changes are only happening because of “more than two years of tireless advocacy” by a community unhappy with Cal Fire’s decision-making around climate resiliency and preserving tribal homelands. A representative from the Environmental Protection Information Center (EPIC), one of the organizations that comprises the Save Jackson Coalition, feels the decision to resume logging suggests Cal Fire is “intent on burning bridges.”

“The ‘pause’ in operations made community input and tribal negotiations possible,” said Matt Simmons, staff attorney at EPIC. “Now, any progress or goodwill has been shattered. We call on Cal Fire not to resume logging until they have a new management plan.”

Work on the Chamberlain Confluence THP will resume first, Cal Fire Deputy Director of Strategic Communications Tony Andersen told The Mendocino Voice, with work on other plans to follow in phases. Cal Fire has said an exact schedule is difficult to nail down due to logistical challenges around equipment and crew availability.

Cal Fire believes resuming operations will help to support “local communities that have been impacted by paused activities in the forest,” according to Matthew Reischman, Cal Fire’s deputy director for resource management.

“Working with local Native American tribes, forest stakeholders, timber operators, conservation organizations and the local community has brought us to a reasonable place for resuming sustainable operations in the Jackson Demonstration State Forest,” Reischman said. “These key modifications reflect our shared values while following through on previous contractual commitments.”

The Mendocino County Youth for Climate plan to rally in the forest at the Caspar Scales from 1 p.m. to 4 p.m. on Sunday.

“The Coalition encourages members of the public who support changing the forest’s mandate and want logging to remain paused to make their voices heard there,” activists wrote in a news release.

More information on JDSF operations and THPs is available online.

Check out our coverage of the recent developments in Jackson here: Officials announce ‘innovative’ tribal co-management vision for Jackson Forest. Our ongoing coverage of the forest can be read here.