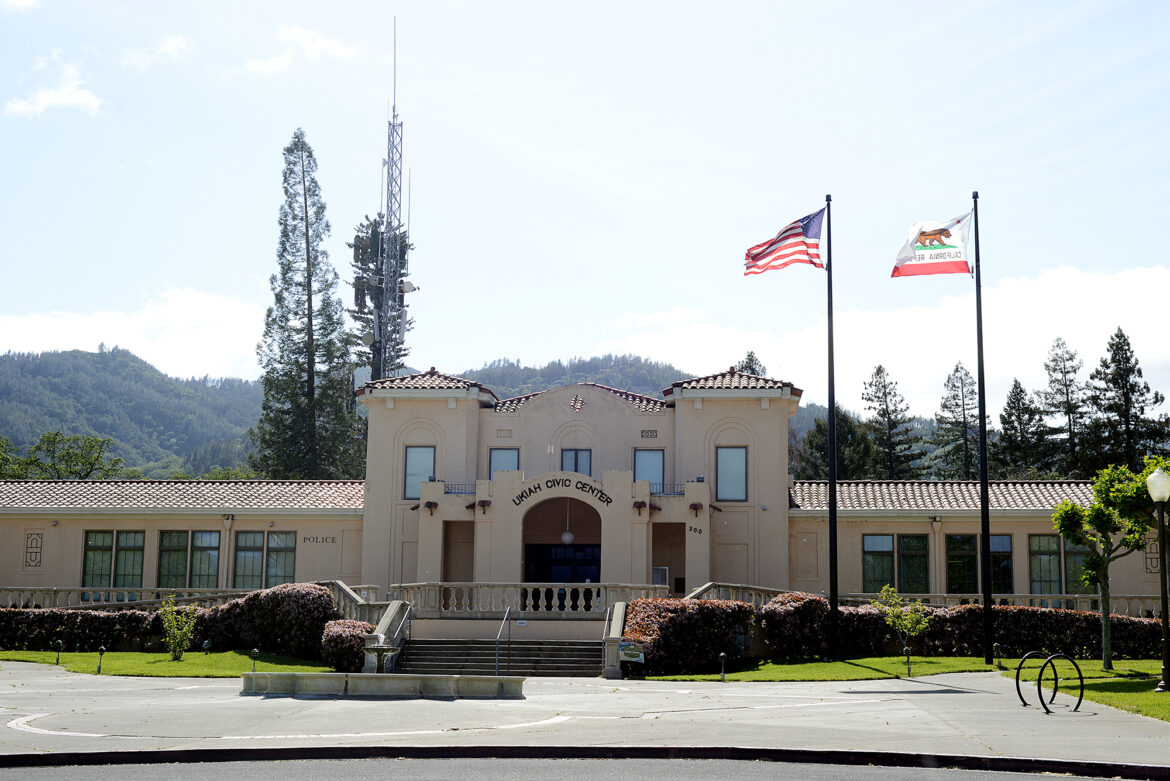 UKIAH, CA, 06/21/2022 – Eileen Mitro has solar panels installed on the roof of her house and relies on battery storage to power her home. To avoid using their gas stove, she and her husband cook the majority of their meals on a plug-in induction burner. A former teacher by trade, she wasn’t always worried about climate issues – but a few years ago, that all changed.

Mitro is one of the founding members of Climate Action Mendocino, a group that formed in fall of 2017 and played a key role in creating Ukiah’s 2022 Climate Emergency Resolution.

The resolution to declare a climate emergency passed in the City Council unanimously on last Wednesday night; with it, the city is committing to bolster renewable power sources and energy-efficient lighting; maintain wild lands; promote biodiversity and carbon sequestration; and expand sustainable water practices – among many other provisions for the health of the local environment.

“I’m just beyond proud of the city and the staff and the people that participated in making these changes,” Councilmember Juan Orozco said before becoming one of four members – Douglas Crane was absent – to vote to approve the resolution. Both councilmembers and citizens spoke in favor of the motion, commending the city and Climate Action Mendocino on their efforts.

Getting here took a few years.

“The sense was that the city wouldn’t go for it,” Mitro said, referring to initial discussions of a climate resolution in Ukiah. But then, she said, her group met with Pete Gang, an activist from Petaluma who worked to mobilize climate declarations throughout cities in Sonoma County. From him, her group learned how to connect with city council and Ukiah residents to build a movement from the ground up – rather than just introducing a motion cold.

They found city staff were “very receptive” at that point, she said.

When Deputy City Manager Shannon Riley introduced the resolution on Wednesday, she said that many members of the group had been surprised to learn of work around climate issues that was already ongoing in Ukiah. As such, she said that greater transparency in communicating its actions to the public would be a key part of the city’s focus in carrying out the resolution.

Increased popular discussion of climate change helped lay the groundwork for Climate Action Mendocino’s efforts with Ukiah, Mitro said. She found environmental issues used to be something neighbors would nod to but that mainstream news was largely silent on. Then the topic became critical during the pandemic.

“With the media and the fires and the droughts and water issues, everyone’s on board now,” she said.

“You reached out to all of the councilmembers,” he said. “You came prepared with the science.”

In turn, city staff were able to dialogue effectively with Climate Action Mendocino, Riley said. These conversations led staff to ask certain language be removed – such as a proposed moratorium on new gas stations, which would have been a precedent-setting interference in local business – but also add provisions where they believed “the city of Ukiah could do more,” including the entire section of the document on land use and zoning.

Ultimately, “literally every single department in the city of Ukiah” had a chance to review the document, Riley said.

It was important to all that the resolution not be an “empty” document, making dire declarations about human-caused climate change in the area without offering solutions. As such, the resolution includes 27 bullet points of actions the city is committing to take “toward restoring a safer climate.” City staff and climate activists alike were excited for its impact to diffuse across the plans, budgets, and priorities of the entire city, evolving as Ukiah’s needs evolve.

“This is a blueprint not only for the city council and the city to work on – but it’s also for people in our area, our city, and our citizenship that are frustrated and don’t know what you’ve been working on,” said Sharon Thomas, a member of Climate Action Mendocino, prior to the vote.

One notable provision in this blueprint is an energy and waste audit, which would allow Ukiah to gather valuable information about where to put its efforts in making usage changes. An audit company will offer the city a report on its energy data; officials will then choose how to use that information to inform future environmental decisions.

“If you’re going to make changes, you have to have data to tell you where to make your changes,” Mitro said. “There’s a lot of climate information out there [that] EVs [electric vehicles] are the way of the future, and you have to do that and get rid of your expensive gasoline, the whole electrification of your home or business. But it’s useful to know what those things cost.”

She found that the same principle applied when she had experts come and assess what using solar energy at her home would mean for her personal energy costs.

She added, “That audit makes me pretty hopeful.” Mitro also hopes other municipalities around the county, such as Fort Bragg and Willits, will follow suit.

The changes in Ukiah were themselves inspired by strides at the countywide level when, after organizing efforts including those by the Grassroots Institute Climate Crisis Work Group, the Board of Supervisors passed a resolution in 2019 establishing the Mendocino County Climate Action Advisory Committee. With a “citizen-driven structure,” that committee works in tandem with tribal nations, fire safety councils, water and fire districts, and community organizations. Its members advise the board on environmental issues. Riley said Climate Action Mendocino also contributed to organizing a subsequent declaration and list of actions for Mendocino County in 2020.

While establishing an environmental committee in Ukiah specifically is not part of the plan at this stage, the city will be creating a page on its website dedicated to education and information on local climate issues. The web page will identify environmental resources for residents including incentives, rebates, and an energy efficiency tool lending library.

Ultimately, many council members and constituents alike expressed hope that the resolution will be a defining document for Ukiah going forward. For Councilmember Mari Rodin, publicizing this work when it happens is not just a pat on the back; it’s a critical component of cementing its value.

“It just becomes part of the culture of the place and people come to expect it,” she said.

She said around 270 people receive Climate Action Mendocino’s emails bi-monthly, and that residents respond frequently saying they picked up the phone or wrote a letter to their representatives around a key climate issue. While they used to meet at the Ukiah Methodist Church pre-pandemic, now usually about 10 members meet monthly on one member’s back porch to plan Climate Action Mendocino’s initiatives, sharing their discussions afterward with the email listserv. Their work will now include maintaining communication with the city of Ukiah on key points from the resolution.

“Our plan is to [each] volunteer to take on certain actions as our issue and follow through with that department in the city, instead of having the whole group take on every item,” she explained.

Addressing the council prior to Wednesday night’s vote, Mitro emphasized her gratitude.

“In passing this resolution, the city council is directing the city staff to work on climate action for a much more resilient and strong community,” she said.