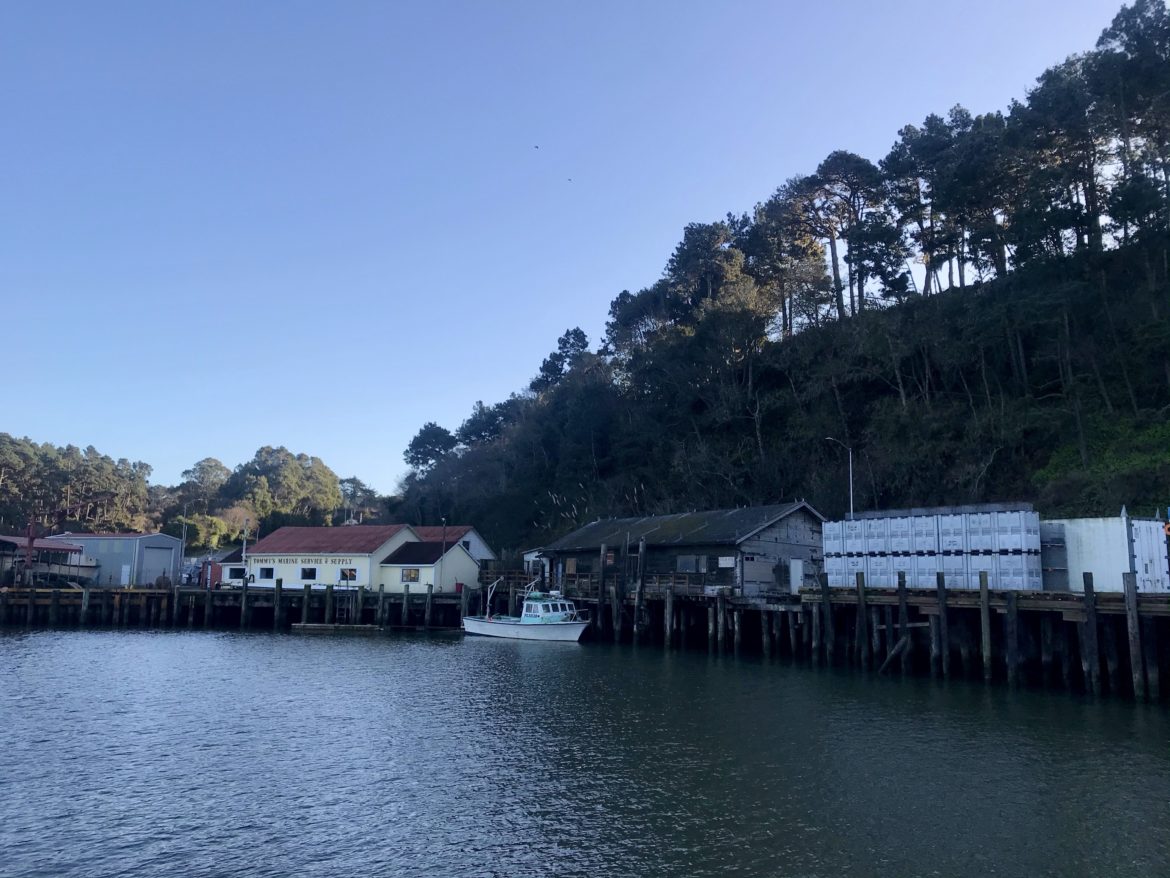 MENDOCINO Co., 2/15/22 — The Noyo Center for Marine Science will be expanding to a third facility thanks to the purchase of a waterfront building in Noyo Harbor, the former location of Carine’s Fish Grotto at 32430 N. Harbor Drive in Fort Bragg.

The purchase was facilitated by the Carine family and an anonymous donor, and will become “Carine’s Landing,” with plans to include educational programs along with a number of research, brood stock, and sustainable economic programs such as purple urchin ranching, according to the announcement. The facility includes a dock and commercial kitchen, and there are also plans for a “Slack Tide Cafe” as part of the available services.

The Noyo Center also currently operates the Crow’s Nest Interpretive Center and the Discovery Center; more information about ongoing programs and community services can be found on their website. Here’s the announcement from Noyo Center with additional details about the purchase:

The Noyo Center for Marine Science is thrilled to announce its acquisition of a waterfront facility in  the Noyo Harbor. The purchase of the property – formerly Carine’s Fish Grotto – was made possible  through the generous support of the Carine family and another donor who wishes to remain  anonymous. The Noyo Center will be launching a fundraising campaign to offset costs associated with  the property acquisition and its transformation into a top-notch research and education facility. The  Noyo Center will christen the building “Carine’s Landing” to honor the Carine family’s history in Noyo  Harbor.

Carine’s Landing joins the Noyo Center’s two other facilities – the blufftop Crow’s Nest Interpretive  Center and the downtown Discovery Center – to offer a well-rounded set of community services,  including education, scientific research, and economic development. As the organization continues to  move towards development of the Ocean Science Center on the former mill site, Carine’s Landing will provide a permanent foothold in Noyo Harbor, including a dock along the Noyo River and space for  marine research laboratories. The Carine’s Landing facility will help further the non-profit’s mission of  advancing ocean conservation through education, exploration and experience by:

To help offset the costs of the Carine’s Landing facility and support our marine research and  educational programming, the Noyo Center plans to open a small coffee house and lunch spot that  utilizes the existing commercial kitchen. The Slack Tide Café will operate in a socially and  environmentally responsible manner, bringing the community closer to the marine ecosystem through  its scenic locale and interpretive information.