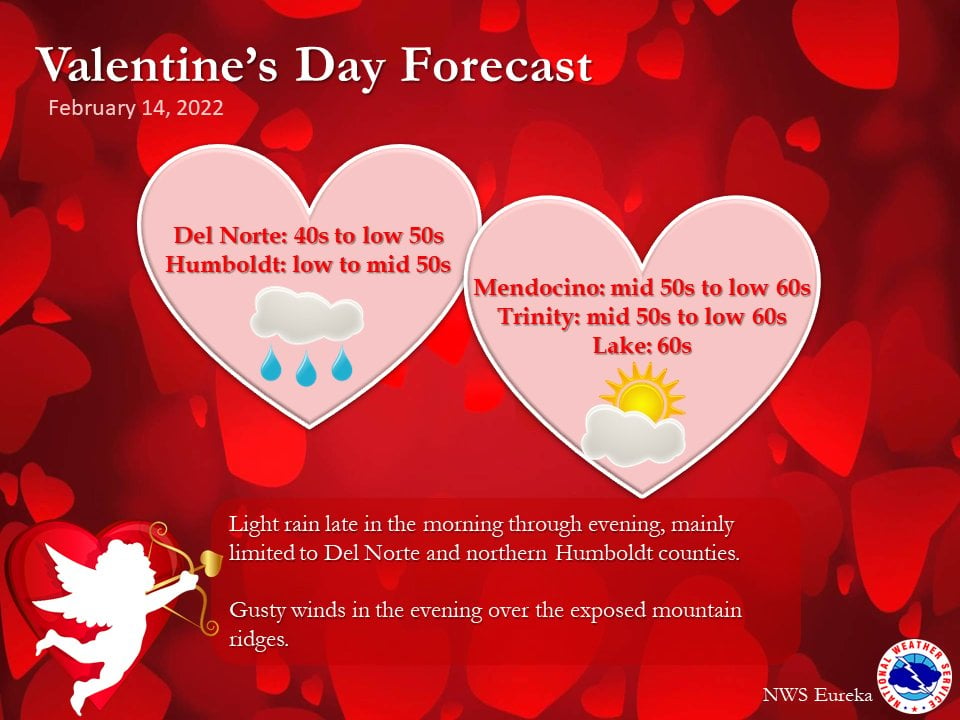 MENDOCINO Co., 2/14/22 — Daily high temperatures over 80 degrees set new records twice last week in Ukiah, and tied a previous record from World War II on a third day, but forecasters with the National Weather Service (NWS) in Eureka say cool air coming in from the Pacific is bringing an end to the unseasonable heat.

“If anything we’re going to see a bit of a cool down going forward,” NWS meteorologist Jeff Tonkin said this afternoon, citing a combination of low clouds and fog off the coast with increased onshore flow.

The extended forecast for Ukiah includes daily highs in the low-to-mid 60s through Wednesday, increasing to 70 on Thursday and 69 on Friday. Night time lows are expected between 32 and 37 degrees. There are clouds in the forecast Monday evening, but skies should be sunny and mostly clear through the weekend. Conditions should be more mild on the coast, with highs from 55 to 60 degrees and lows around 40 degrees.