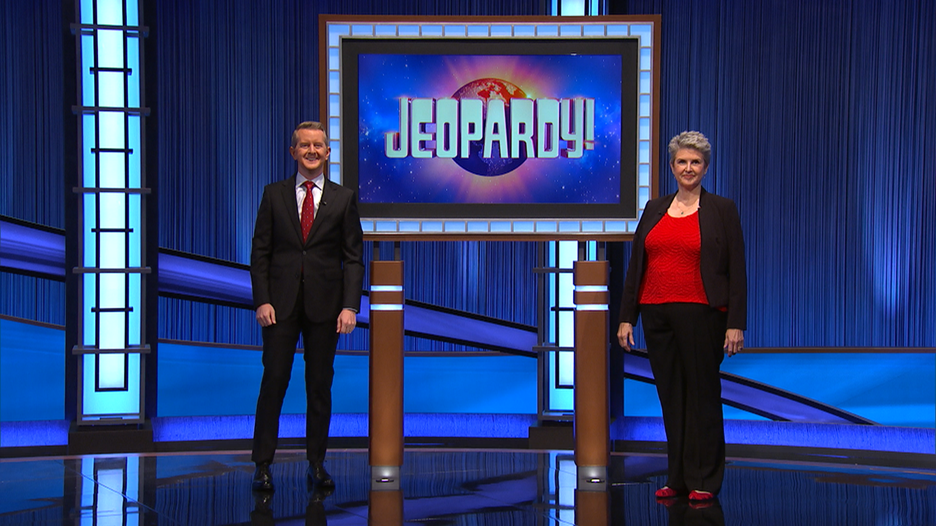 MENDOCINO Co., 1/26/22 — Jeopardy has entertained trivia lovers for generations, and tonight, a Ukiah resident will get her chance to compete on the show: Janice Hawthorne Timm, who has worked locally as a music educator and choral director for many years in a variety of capacities, including at Mendocino College and SPACE in Ukiah. Timm was recently described as a “Mendocino County treasure” in the Ukiah Daily Journal for her work with community organizations, and will be competing against contestant Amy Schneider, who recently established a historic winning streak on the show as the highest scoring woman in Jeopardy’s history.

Here’s the announcement and details about Timm’s appearance on ABC this evening:

WHERE: You can watch Timm compete on JEOPARDY! onKGO-TV (ABC). Please check your local listing for additional information or visit Jeopardy.com.

JEOPARDY!, America’s Favorite Quiz Show™, is in its 38th season in syndication. With a weekly audience over 20 million viewers,* JEOPARDY! is the top-rated quiz show on television. The show has won a total of 42 Emmy® Awards, holds the Guinness World Records® title for the most Emmy® Awards won by a TV game show, and received a Peabody Award for “celebrating and rewarding knowledge.” JEOPARDY! is produced by Sony Pictures Television, a Sony Pictures Entertainment Company; it is distributed domestically by CBS Media Ventures and internationally by ViacomCBS Global Distribution Group, both units of ViacomCBS.

5 thoughts on “Ukiah music educator to compete on Jeopardy on Wednesday, Jan. 26”