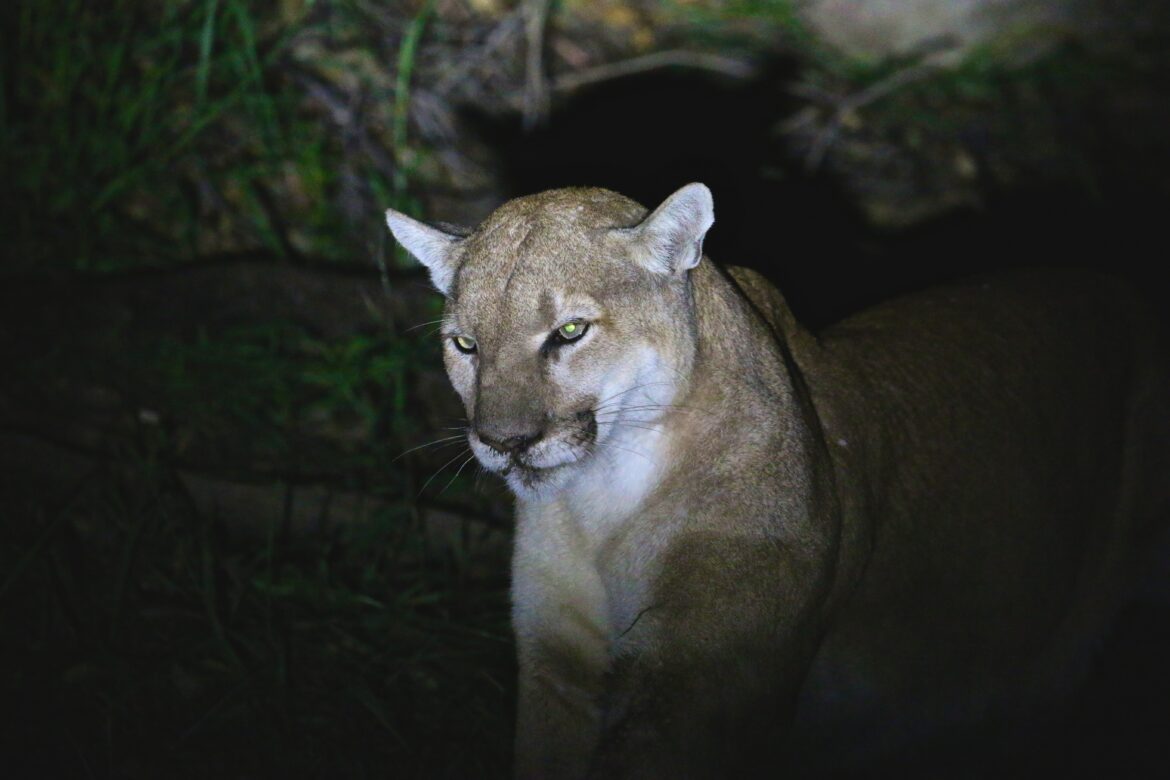 Stock image of a mountain lion, courtesy of the National Parks Service.

BOONVILLE 11/23/21 — Mountain lions are causing concerns over student safety after two goats were killed and a third injured last week at the Anderson Valley High School’s Future Farmers of America (FFA) farm in Boonville, according to District Superintendent Louise Simson. The attack took place last Monday night, Nov. 15, or early the following morning on part of the campus near Mill Creek, which is a frequent path of travel for the predators. Simson called that a severe safety issue.

“I will not be the superintendent that has a student killed in an outdoor classroom,” Simson told the Mendocino County Board of Supervisors during public comment in a redistricting hearing Nov. 18. “I don’t want to get involved with the politics, I just want to keep kids safe.”

Wildlife management with regard to mountain lions has been a subject of recent controversy in Mendocino County. Lethal measures are unpopular, and Simson is trying to steer clear of that. After going to the county for help, three different supervisors reached out to her. She also went to the California Department of Fish and Wildlife. The district has since been able to obtain a hazing permit allowing school personnel to make loud noises at the mountain lion to scare it off, but Simson would feel safer if the predator were trapped and released elsewhere.

Mountain lion researcher Quinton Martins also addressed the supervisors during public comment, arguing that mountain lions are not considered a threat to humans and attempts to manage their populations artificially can backfire leading to additional problems. Given this location’s proximity to the confluence of Mill Creek and Donelly Creek — both of which are corridors used by mountain lions — Martins said additional losses of livestock should be expected.

“It’s not an anomaly and it will happen again. If it’s not this mountain lion it will be another mountain lion,” Martins said. “The recommendation would be to focus specifically on keeping the livestock safe from predation as a long term goal.”

Simson said she’s been advised to move the farm, build a bigger fence or possibly construct a barn in order to keep the remaining livestock safe indoors, but that would take time and money and her district will be operating at a deficit next year. Meanwhile, an additional sighting was reported by a nearby neighbor Friday morning.

“They had two that they spotted in the creek adjacent to their property, which is down the street from the school,” Simson said Monday. “I know this is a really passionate issue, but I think we need to have some reasonableness about when an attack occurs on a school grounds. That’s a different situation and maybe we need to be more hypervigilant when that occurs. Maybe a different set of structures apply.”

“I want to stress that the frequency of attacks appears to have increased substantially recently. Multiple attacks have happened recently up and down this highway corridor parallel to the creek and close to town. Students often walk the creek to and from school despite being told not to do so. We have posted signs, mitigated the site with the limited resources we have, and warned students and staff about what to do in a potential encounter. We would request some feasible solutions, and some governmental or community agency funding to implement them, to ensure that our kids are safe, if other mitigation strategies are not to be considered,” Simson wrote in a followup email.