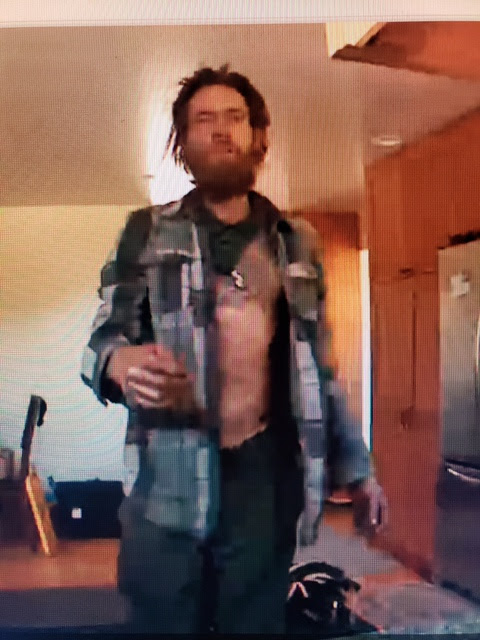 MENDOCINO Co., 9/7/21 —  Two SWAT officers, including a K9 handler, were injured Monday during an early-morning suspect search in Albion, according to the Mendocino County Sheriff’s Office (MCSO). All available personnel, including off-duty deputies, were summoned to the area after a possible sighting of William Evers at an unoccupied residence in the 32000 block of Navarro Ridge around midnight. Evers, dubbed the Red Bearded Burglar, allegedly fled the area around 4:30 a.m. The suspect is believed to have fled north toward Salmon Creek, according to a Nixle alert issued around 10 a.m. Monday.

Investigators say Evers was able to elude capture due to the darkness and rough terrain — and he appears to have a knack for that. Deputies searched the Albion area Thursday evening with similar results, according to another Nixle alert issued last week. He’s evaded arrest by disappearing into the woods at least four times this year — starting with an officer-involved shooting May 12 in which Evers allegedly fired multiple rounds at Deputy Thomas Kelly while fleeing from the scene of a burglary in the 3000 block of Cameron Road in Elk.

Seven days later, on May 19, deputies returned to the area in force to conduct a “large scale search,” but no suspect was located. Deputies asked residents of the South Coast, Anderson Valley and Comptche areas as well as the hills west of Ukiah to keep an eye out for Evers and notify law enforcement of any possible sightings.

Investigators have also identified Evers as their alleged suspect in two additional residential burglaries in the vicinity of Pacific Reef Road around May 18. He’s described as a 40-year-old white man with brown eyes, brown hair and red facial hair, standing 6 foot 1 inch tall at an estimated 180 lbs. Deputies said he has tattoos on both arms as well as his chest.

“Evers is known to be comfortable in wooded areas and is suspected of using rural roads and logging roads to transit the county,” deputies said in a statement. “Any citizen who observes someone matching Evers’ description is asked to contact the Mendocino County Sheriff’s Office by calling 9-1-1.  Do not approach or attempt to contact Evers if located.”

A review of Evers’ criminal records in the Mendocino County Superior Court shows a warrant for his arrest, as well as charges filed for attempted murder of a peace officer and multiple counts of burglary. Prosecutors allege that Evers also has prior two strike convictions for burglary in Humboldt County in 2007 and making criminal threats in Shasta County in 2014. If convicted of attempted murder on a peace officer, as currently charged, Evers could be facing a lengthy prison sentence. First they’ve got to catch him, though.

The criminal complaint, dated July 1, has been embedded below: