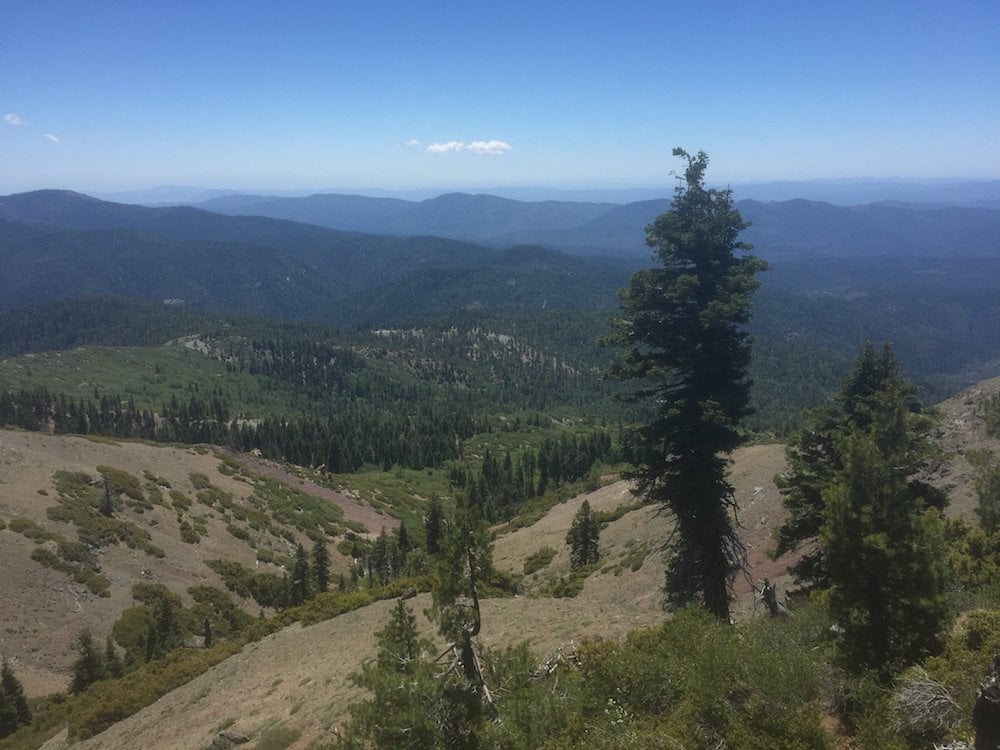 MENDOCINO Co., 9/19/21 — Mendocino National Forest has now reopened to the public. The U.S. Forest Service (USFS) reopened Mendocino, along with 12 of the other 18 national forests in the state, at midnight Thursday, Sept. 16, after a historic two-week closure. Despite the reopening, trails and campgrounds that were closed at Mendocino as a result of the August Complex fires will also remain closed until further notice.

High fire risk and a shortage of firefighting resources across the state prompted the federal agency to close all the national forests in California at the start of the month. That’s the second time in the agency’s 116-year history that it had to shut down all the forests because conditions were so bad. The first time was Sept. 9 of last year, around the same time the August Complex turned skies turned orange from all the wildfire smoke.

Closing access to the forests was intended to reduce the risk of human-caused ignitions at a time when fire emergencies across the west make it difficult to spare limited personnel and resources, Samantha Reho, a spokesperson with the Forest Service’s Pacific Southwest region. “The numbers change routinely, but upwards of 70 to 80% of all fire starts are caused by humans and human error,” Reho said. Though the Forest Service doesn’t track search-and-rescue calls, a report from the Pew Charitable Trust released last year found a growing number of visitors to the forests seem to be driving up search-and-rescue calls. The agency doesn’t have the resources to help if a hiker gets injured and needs help, Reho said, and using those resources would require that they be pulled away from an emergency like a wildfire.

There were three main factors that went into the UFS decision to lift the regional closure order. First, the fire risk is lessening in the rest of the country, so more firefighting resources are expected to become available for California. Secondly, a broader regional closure order makes less sense because weather conditions across the state become more variable going into the fall, so the agency is planning on tailoring closures and other restrictions to local conditions. Lastly, visits to the forests historically decline significantly after Labor Day, reducing the risk of human-caused fires.

The Mendocino National Forest’s district ranger, Frank Aebly, said during an earlier interview with The Mendocino Voice that the forest has seen a lot of visitors this year. The forest’s primarily been used by people who want to camp or swim, and migrant agricultural workers, Aebly said, adding he expected it to remain busy going into hunting season. The forest’s Eel River campground had to shut off access to water for visitors in August in order to preserve the water supply for the nine firefighters living at Eel River Fire Station, who Aebly said spent an unfortunate amount of time cleaning up vandalism and trash dumped at the site.

Even in forests that are now open to the public, fire restrictions remain in place. Visitors to Mendocino National Forest should be aware that campfires, camp stoves and other sources of open flames are prohibited through Oct. 31. Smoking outside is also prohibited and must be done inside an enclosed vehicle or building. Anyone who violates those restrictions can be fined up to $5,000 and groups can be fined up to $10,000. There’s also the potential for six months imprisonment as well as fines and imprisonment.

While the national forests were closed, Reho pointed out many of California’s state and national parks remained open during that two-week closure. The California Department of Parks and Recreation (CDPR) manages the state parks and the National Parks Service (NPS) manages the federal ones. Both of them have different priorities, primarily recreation and preservation, than the Forest Service, which is administered under the U.S. Department of Agriculture (USDA). The latter prioritizes conservation, which includes recreation alongside other activities like Christmas tree harvesting.

Most of the forests that remain closed are in Southern California — the Angeles, San Bernardino, Cleveland and Los Padres — which will remain closed slightly longer than planned, through next Wednesday, Sept. 22. The Eldorado National Forest is closed because of the Caldor Fire and that closure is set to remain in effect through Sept. 30.

Click here to see and subscribe to the latest updates on the goings-on at Mendocino National Forest.

You can also listen to a radio version of this story — check out the KZYX report here: