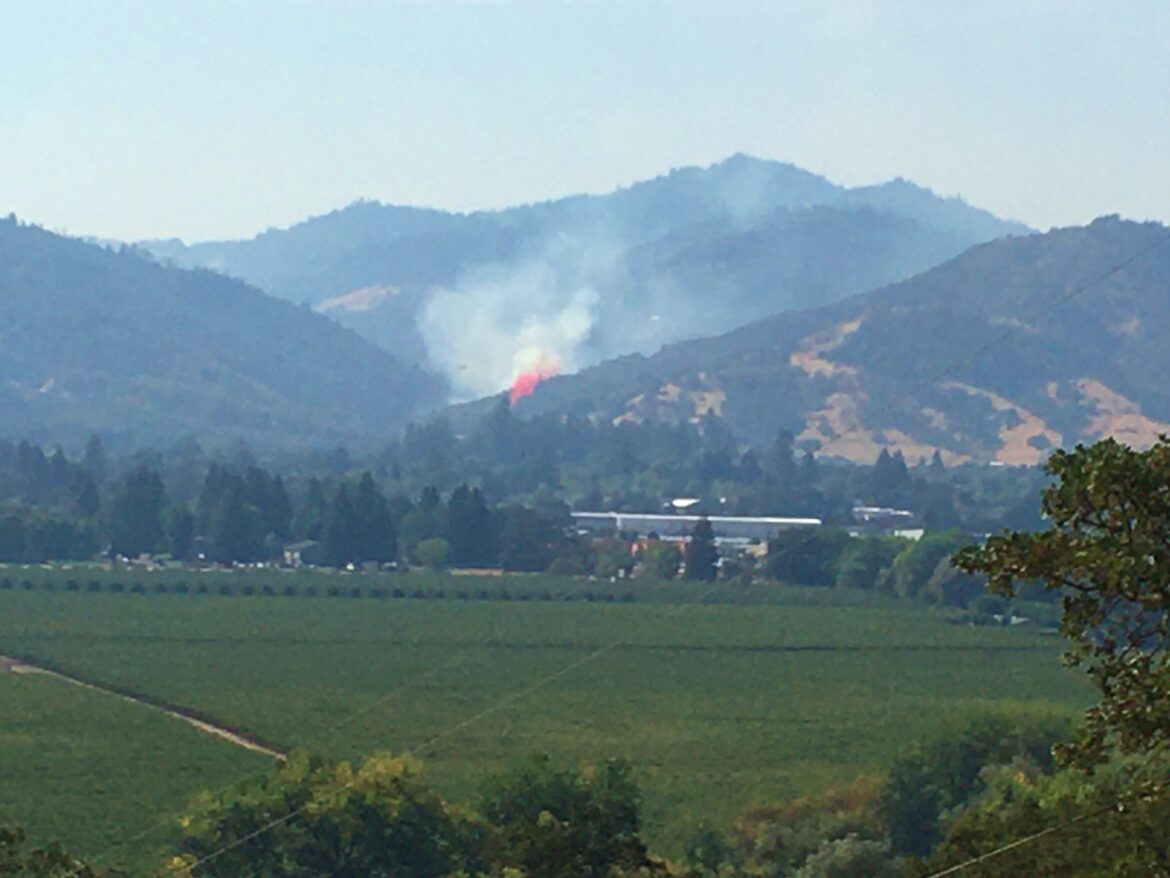 UPDATE 5:35 p.m. — According to the final incident update from Cal Fire, the primary fire, which reached three acres, along with two additional spot fires of 1/4 acre and a 20 x 50 foot spot have all been contained.

UPDATE 4:10 p.m. — Forward progress has been stopped, according to the latest Cal Fire update: “Air and ground resources arrived at scene quickly and stopped forward progress. Hose line is around the primary fire and resources are working to extinguish an additional small spot. Resources will remain at scene until this small fire is fully contained.”

Firefighters are still working to contain several small spots, according to scanner traffic, and the air attack is also continuing for now.

UPDATE 4 p.m. — The fire Is holding in size at about three acres, according to an update from Cal Fire Mendocino, and firefighters are making good progress on containment lines, according to scanner traffic. Crews are also responding to a small spot fire caused by the initial blaze. Ukiah High students have been evacuated, and traffic may be closed on Low Gap Road west of Ukiah High.

MENDOCINO Co., 9/21/21 — Fire crews are responding to a fire that began in the vicinity of the 1500 block of Low Gap Road in Ukiah, and residents are maintain situational awareness and otherwise avoid the area to allow emergency vehicles to respond. The fire is currently about three acres in size, according to scanner traffic, and fire crews are beginning to place containment lines around portions of the fire.

An air attack is currently underway, and some residents may be receive evacuation notifications.

The Mendocino County Sheriff’s Office has sent out a Nixle alert, you can see it here: