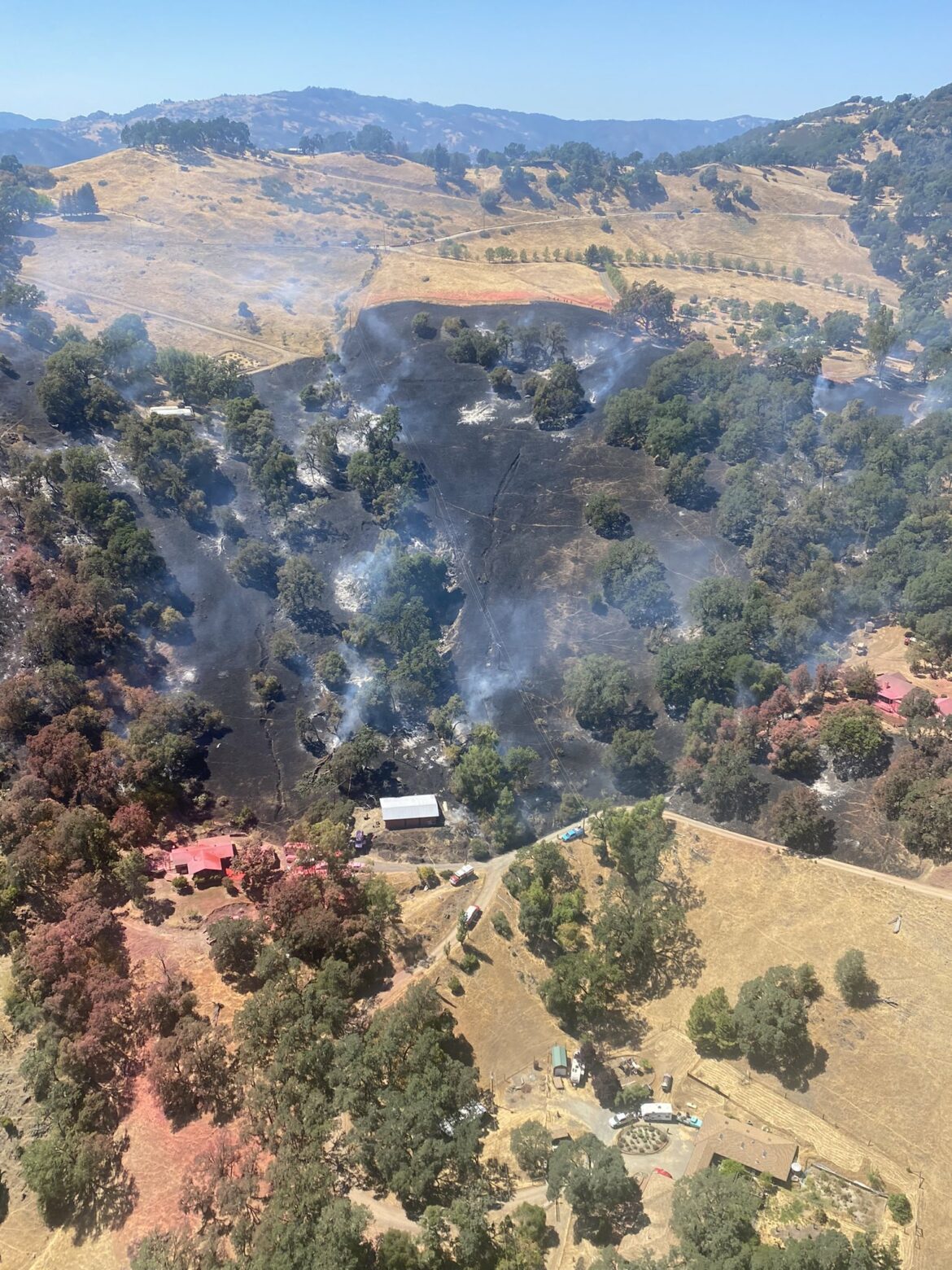 UPDATE 6:30 p.m. — The final acerage for the Kirk Fire is 23, and firefighters will remain on the scene overnight to mop up. Two outbuildings were destroyed and one was damaged.

UPDATE 2:11 p.m. — Cal Fire has tweeted out that the fire is now at 10 acres and that forward progress is stopped. To clarify the fire was burning near the intersection of Black Bart Trail and Kirk Drive, in the hill north of and above SR-20, northeast of Lake Mendocino, and about three miles east of U.S. Route 101.

ORIGINAL
WILLITS, 6/21/21 — A small wildfire is burning in the vicinity of SR-20 and Black Bart Trail, just north of Lake Mendocino near Potter Valley. Cal Fire and local departments have attacked the fire with several aircraft and ground resources and are making good progress, however, at least one outbuilding has been damaged.

The fire was at around 3 acres, and some people have evacuated the area of Black Bart, going towards Potter Valley. The reverse 911 system has been activated to notify people in the immediate vicinity of the fire, and deputies are making their way through the neighborhood warning people to evacuate.